Advent in Zagreb delights visitors because the event doesn’t have only one main location of a Christmas market. Instead, the festivities and small lively markets are spread out throughout the wide city center. You think you’ve found the best location, yet just around the corner, there’s another one!

Then another one... It’s hard to really experience all of them in a single day. Add the urban vibe, and there’s your special Zagreb recipe for a perfect Christmastide.

It is difficult to decide which location is the best one, but I can easily tell you which one is among the most popular ones. It’s the Ice Park - a skating rink placed at a historical square with the glorious building of the art pavilion as a backdrop. It's not just a large surface covered in ice. Instead, its charms belong to the narrow trails. As a bonus, special efforts have been made this year to make it as eco-friendly as possible. 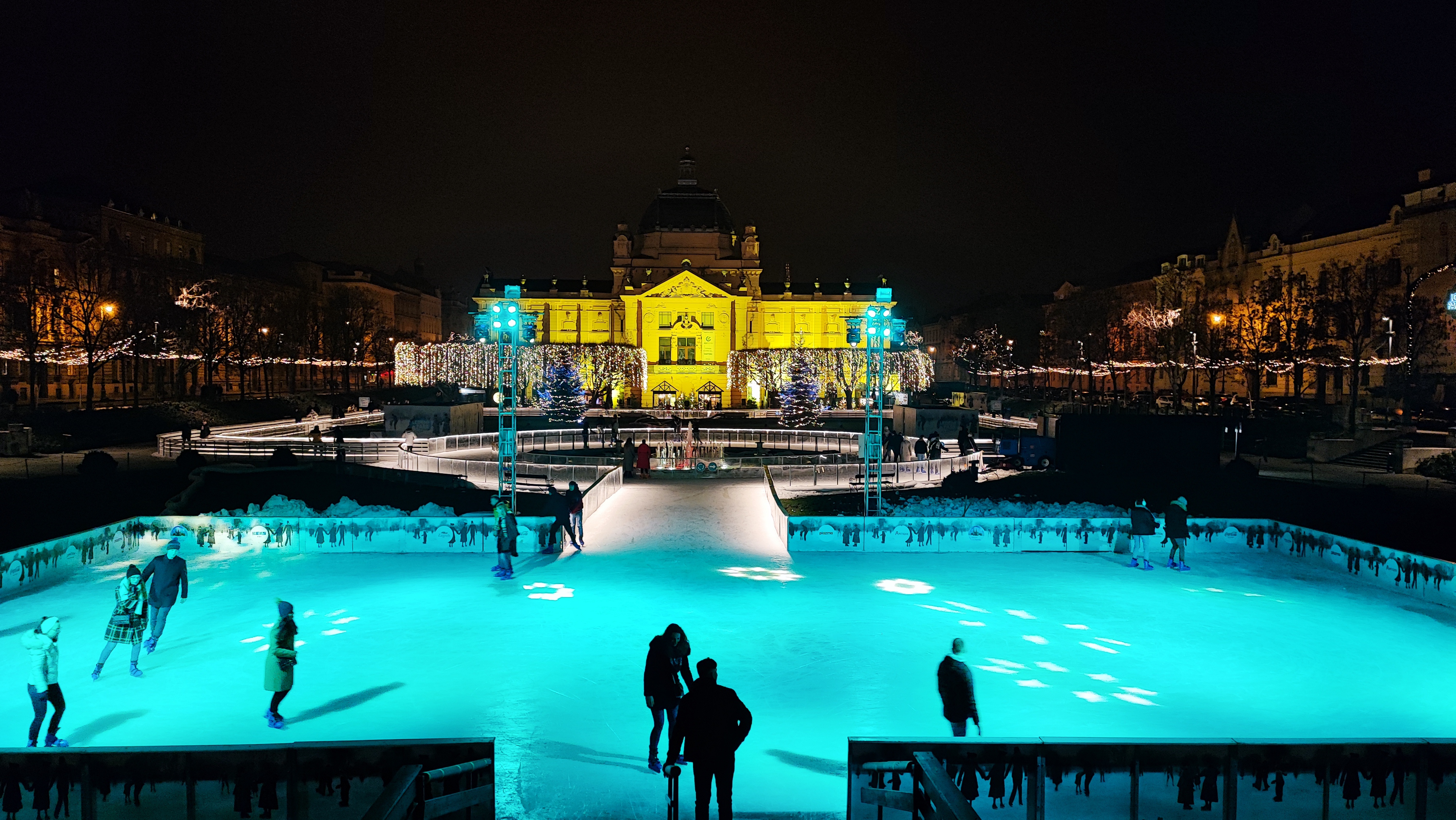 Famous skating rink at King Tomislav square is one of the most popular Advent in Zagreb locations.

A skating rink in the city center is quite an unusual and impressive sight. Interestingly, the location is near a historical skating rink. Believe it or not, the first ice hockey match in Zagreb, which was in accordance with international rules, was played at the spot of a nearby Esplanade hotel.

Esplanade hotel - is there a better place to play ice hockey? Photo by S. Carek / Zagreb Tourist Board

It turns out the Zagrebers have been very enthusiastic about ice skating. It was fairly easy to find a suitable surface, as the Lower Town area is flat, it was full of meadows, and there were even some creeks flowing through. As soon as the temperatures dropped below zero, Zagrebers spread out the water from the streams, and there you go! A ready-made skating rink. Even the location of the Croatian National Theater served as a pop-up skating rink at times.

Imagine this square as nothing but a frozen meadow - perfect for ice skating! Photo by J. Duval / Zagreb Tourist Board

The very first skating rink was opened within the atrium of the former Jesuit monastery in the Upper Town. Don't get too excited! That one was just for the upper class and only for men! Soon enough, the common people took the fun activity over and started skating on public surfaces, wherever possible, even on the frozen lakes of park Maksimir.

The strong roots of ice skating in Zagreb are around 150 years old. The first ice-skating association was founded back in 1874. Around a century later, the first European skating competition was held in Zagreb. Zagreb is home to several international skating competitions, with the Golden Spin being one of the oldest ones in the world. It has a tradition of 55 years. In the recent years, Zagreb handed it over to the town of Sisak.

Still, there's no reason to be intimidated. All of this doesn't mean that we are all good skaters. Quite contrary. A public skating rink is always shared by incredibly skillful people and first-timers. In other words, if you want to feel like a local here in Zagreb in the winter months, find a nearby skating rink, put on those skates, and join us! 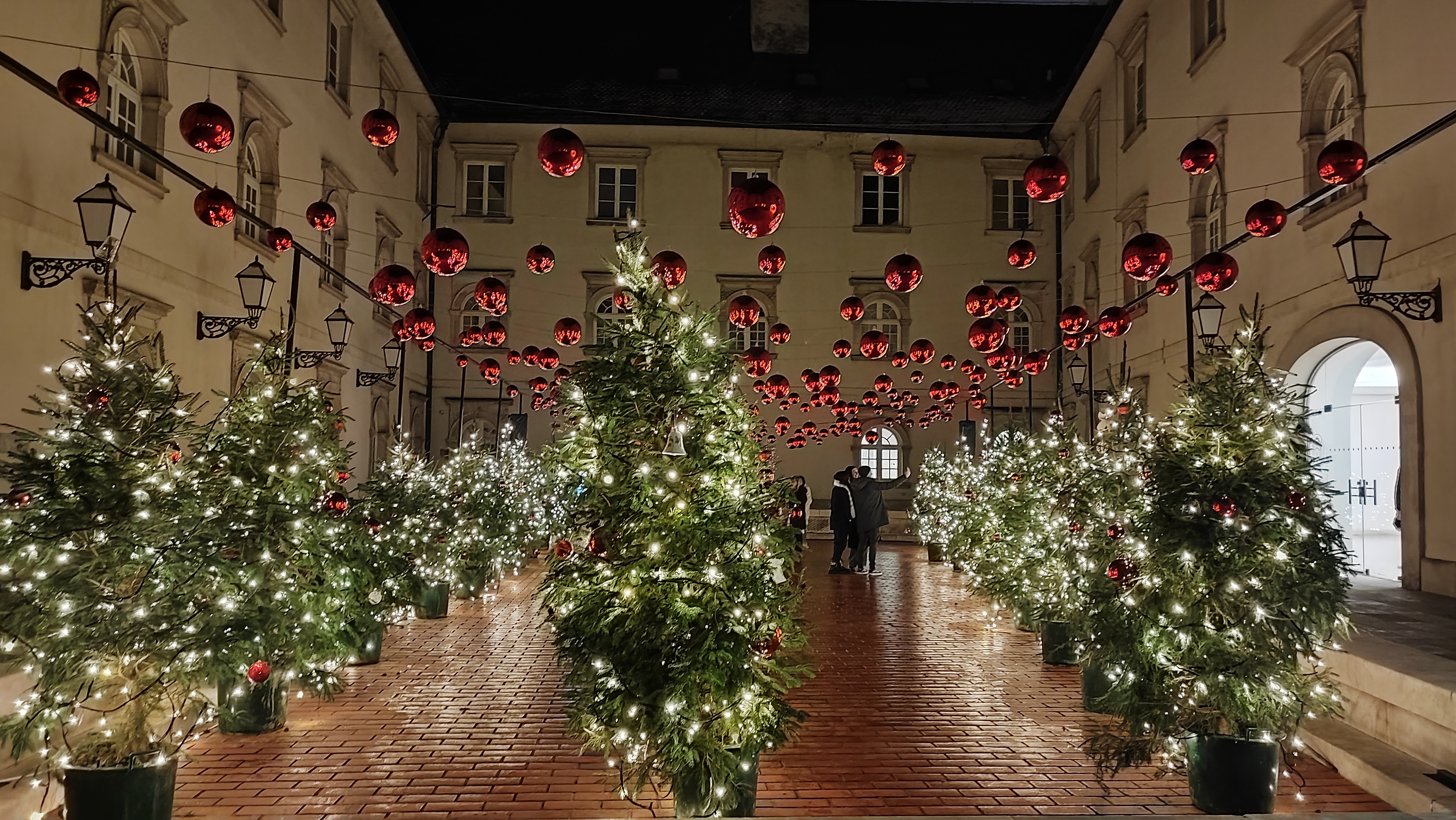 Klovićevi dvori atrium - where it all started.