This year, Croatia marks the 165th anniversary of Andrija Mohorovičić's birth, so it seems like a good idea to dedicate an entire blog post to him. After all, he was one of the greatest Croatian minds.

When I wrote about Park Grič a few months ago, I mentioned Andrija Mohorovičić. He worked there in the meteorological institute. This year, Croatia marks the 165th anniversary of his birth, so it seems like a good idea to dedicate an entire blog post to him. After all, he was one of the greatest Croatian minds. He was also a rare Croatian genius to spend his whole scientific career in his home country. 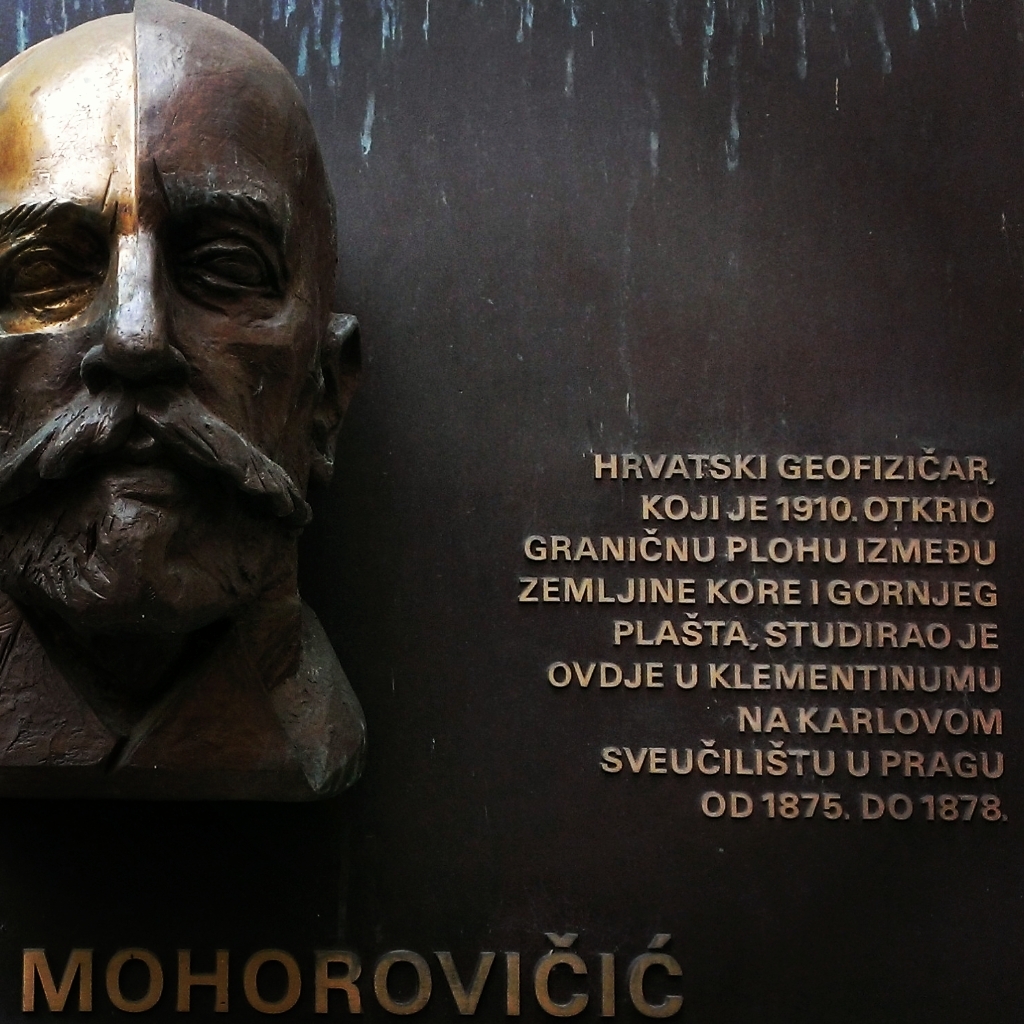 You might have seen this memorial plaque in Prague where Mohorovičić studied physics and mathematics. That was his only significant period outside of Croatia.

It is hard to understand Andrija’s work even these days, when more than a century separates us from his major discovery. This article is probably going to do a poor job explaining his science. Still, I hope it will help us get a hold of his greatness.

The first thing that comes to mind for Croatian people when they hear his name is earthquakes. Indeed, Andrija’s biggest scientific achievements were connected with the research of tremors.

But his main inspiration was the time in all its shapes and forms. In Croatian, we use the same word - vrijeme - for both time and weather. Andrija happened to be the first real Croatian expert in both. I like to think of him as the master of vrijeme - of time and weather. 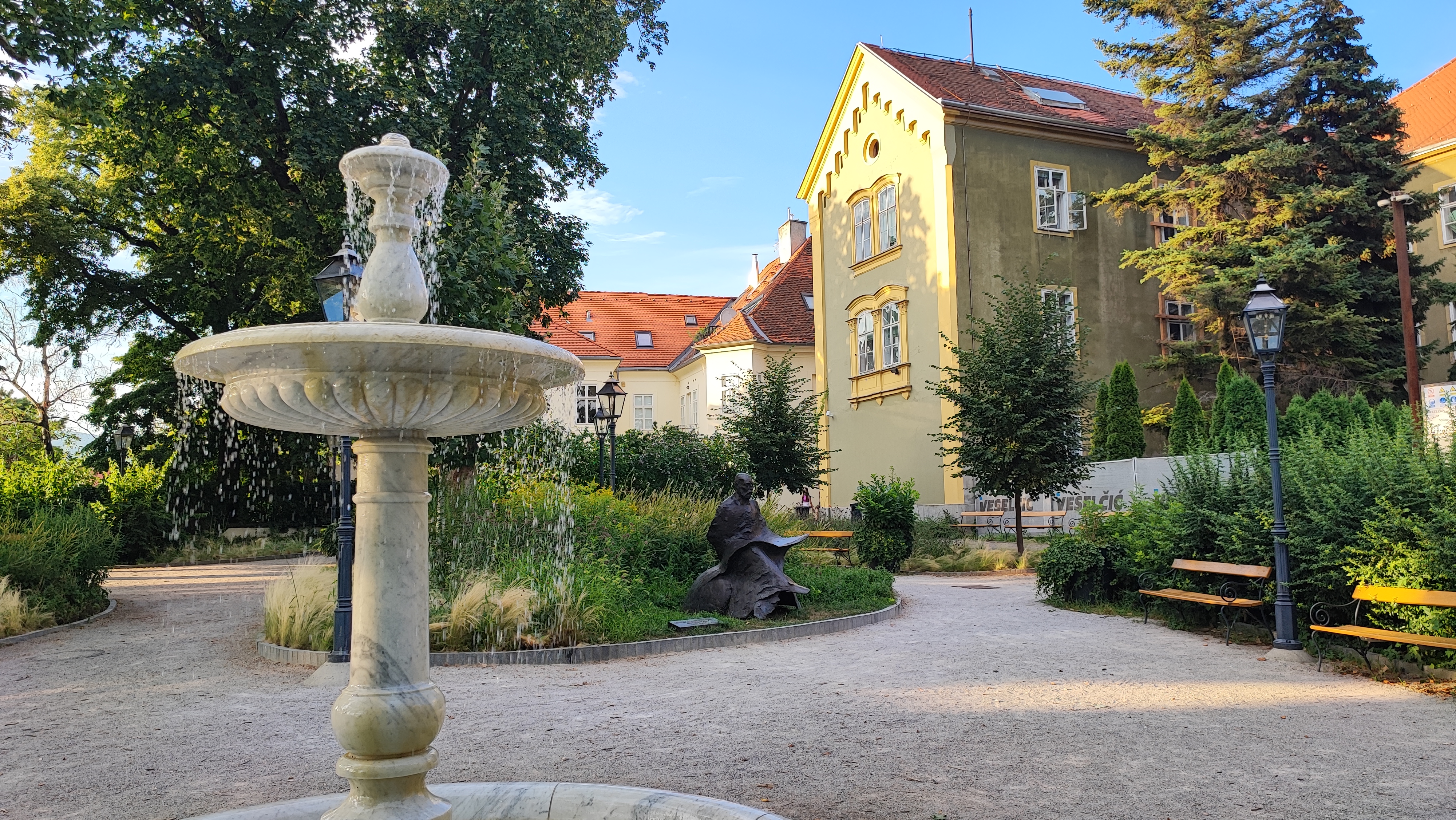 Mohorovičić’s office was in the big building in the back. That’s the hydrometeorological institute.

Have you already heard of the cannon of Zagreb? Every day at midday, the cannon fires to mark noon. But could you trust the cannon when it was introduced back in 1877? I don’t think so. It was 15 years later when Andrija Mohorovičić moved to Zagreb. He carefully monitored the passing of stars above the 16th meridian that goes through Zagreb, and he accordingly adjusted the exact time of the cannon. 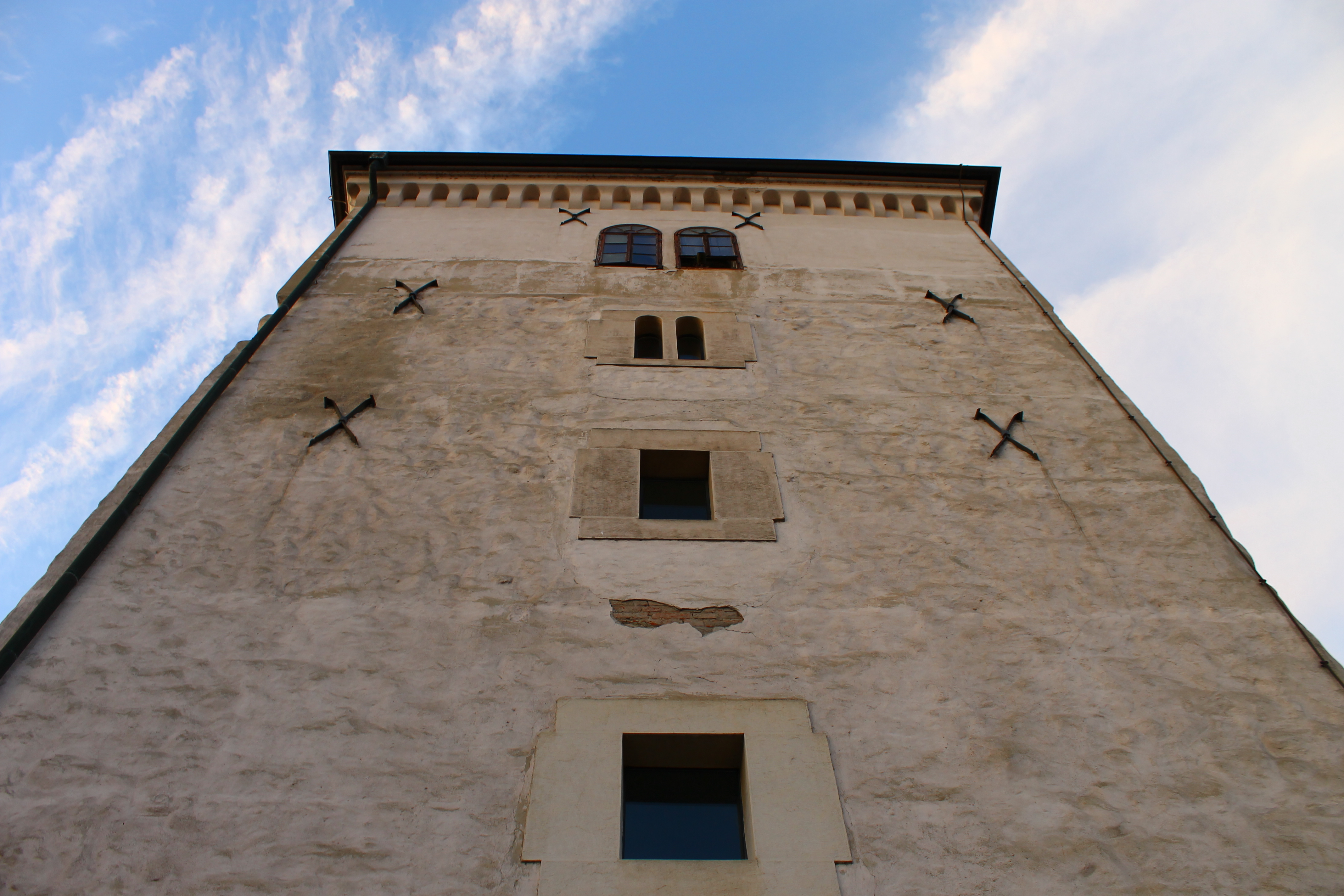 The cannon is pointing from the top window of the Lotrščak tower. It still fires every day at noon.

What about the weather? Guess who was the first to write the weather forecasts for the local newspaper? It was Andrija, all right. It seems incredible, but his 19th-century forecasts turned out to be more accurate than many contemporary predictions.

If a tornado hits Croatia, who you gonna call? Think no more! It’s Andrija again. Destructive phenomena like tornadoes are so rare in Croatia, that people don’t believe something like that is even possible in these parts. Well, it is possible, and it happened back in 1890s in the Croatian town of Novska. A tornado ripped through, uprooted trees, and even threw away a train with passengers! Guess who they immediately called! Andrija came and calculated the size of the tornado based on the damage. 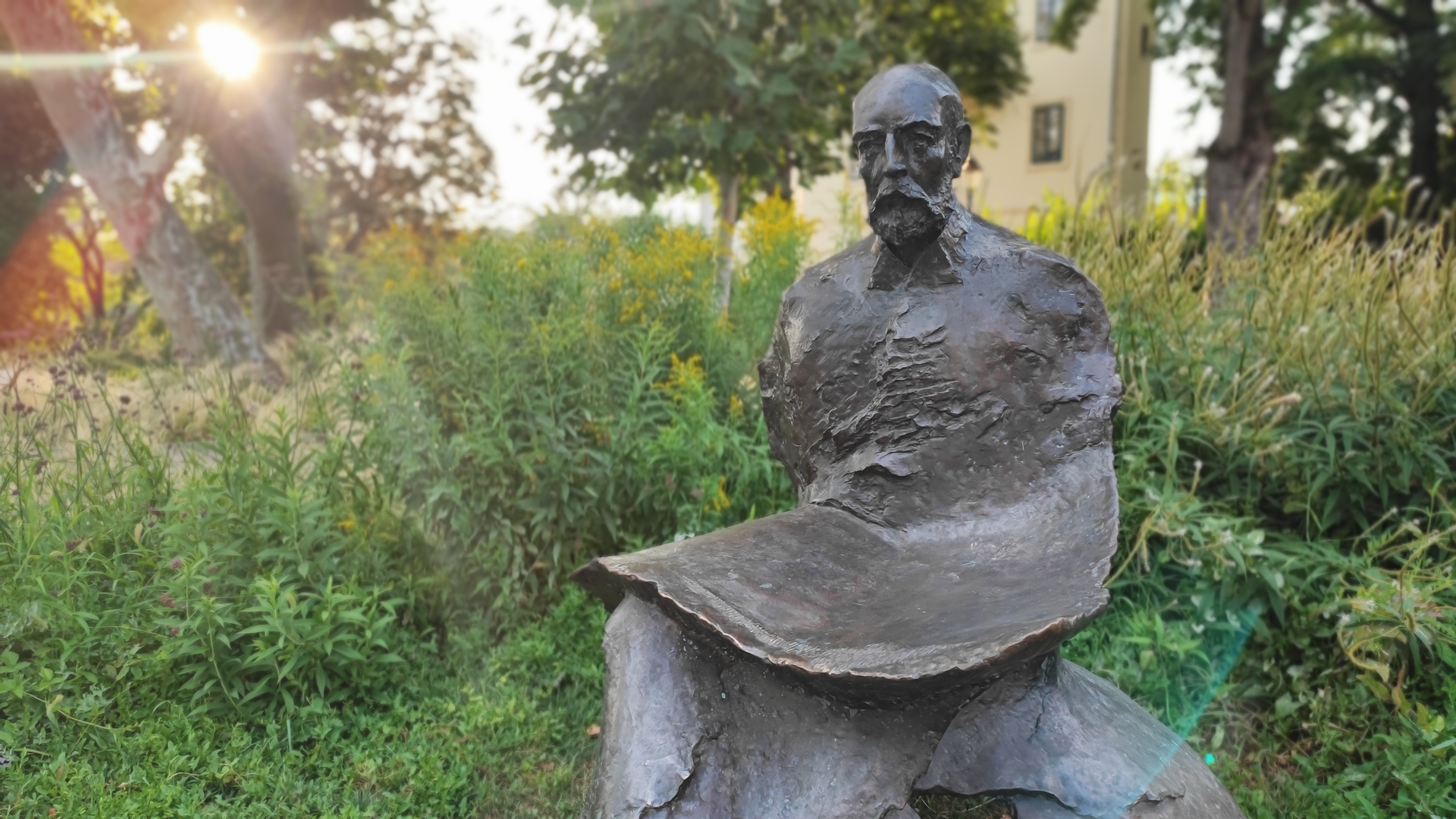 In the serene setting of Park Grič, it’s hard to imagine Mohorovičić solving chaotic riddles left by a tornado.

He moved to Zagreb a decade after the biggest earthquake in the city's history. That one happened back in 1880. During his work here in Zagreb, another earthquake occurred nearby in 1909. He immediately contacted every center he knew to collect the data from existing seismographs. The furthest one was the one from Strassbourg, 720 km away from Zagreb.

He carefully researched the data. He noticed something that appeared like two types of earthquake waves. It seemed improbable to him that two waves of different speeds came from the same epicenter. No. They had to take a different route. This means that one is faster than the other. Earth is not homogeneous. There is a place, approximately 33 km under the Earth’s surface, where the waves are breaking. This layer between the Earth’s crust and mantle carries his name - Mohorovičić discontinuity. 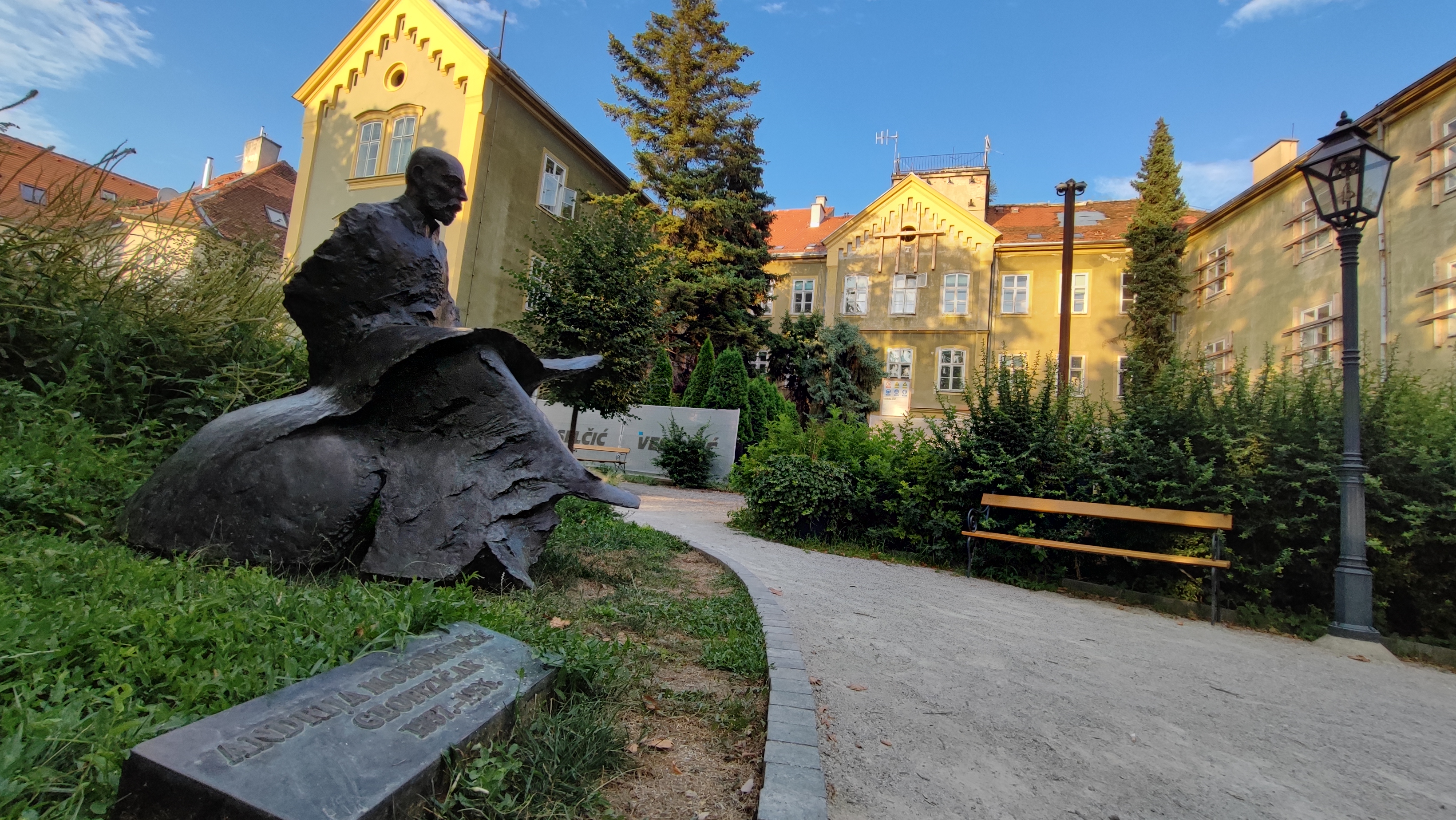 This year, Zagreb marked the 165th anniversary of Andrija’s birth with a statue by Nikola Džaja.

The Mohorovičić discontinuity is considered the largest object on Earth, and it carries a name of a Croatian scientist. This revolutionary discovery got him the nickname of the father of modern seismology. A 55 km crater on the Moon’s surface is named after him. The discontinuity on Mars also carries his name, and so does the asteroid number 8422.

Below the Earth’s surface, and high up in the skies, the long name of Andrija Mohorovičić lives on thanks to the fact that he noticed the invisible, and managed to materialize it through his scientific research. He achieved it while working in Zagreb. 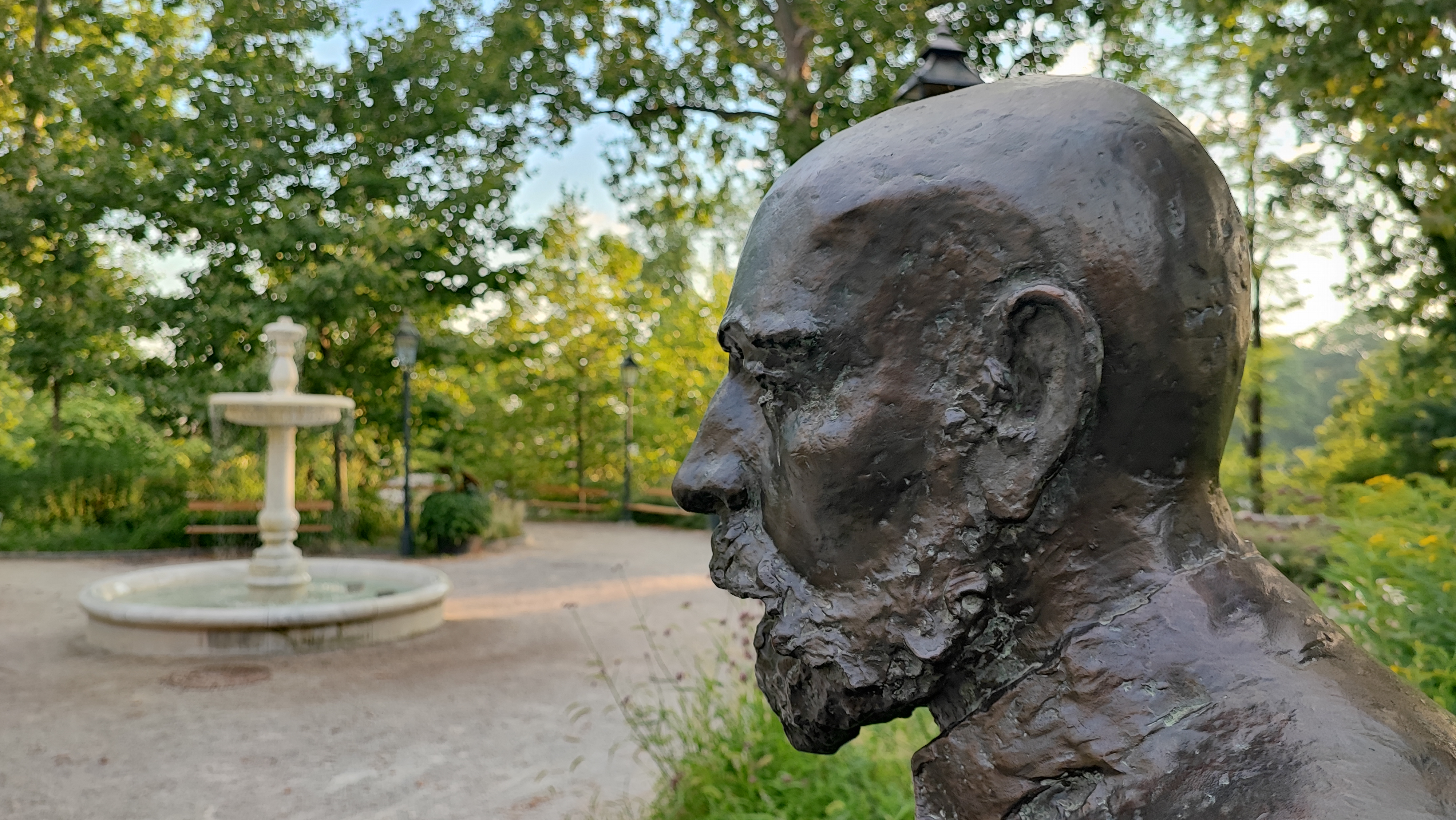 It’s still hard to understand the mind that penetrated the Earth’s crust.