As they pump the sound of water into our surroundings, Zagreb fountains become the true hearts of our squares and parks.

Most of the Zagreb fountains, especially historical ones, are not extravagant, and none of them is competing for the Fontana di Trevi title. If you’re reading this from far away, and you have been to Zagreb, you might have difficulties remembering any fountains. They are simply not attention seekers. Instead, most blend in so smoothly, and never draw attention. Why don’t we do that for them with the help of this article? 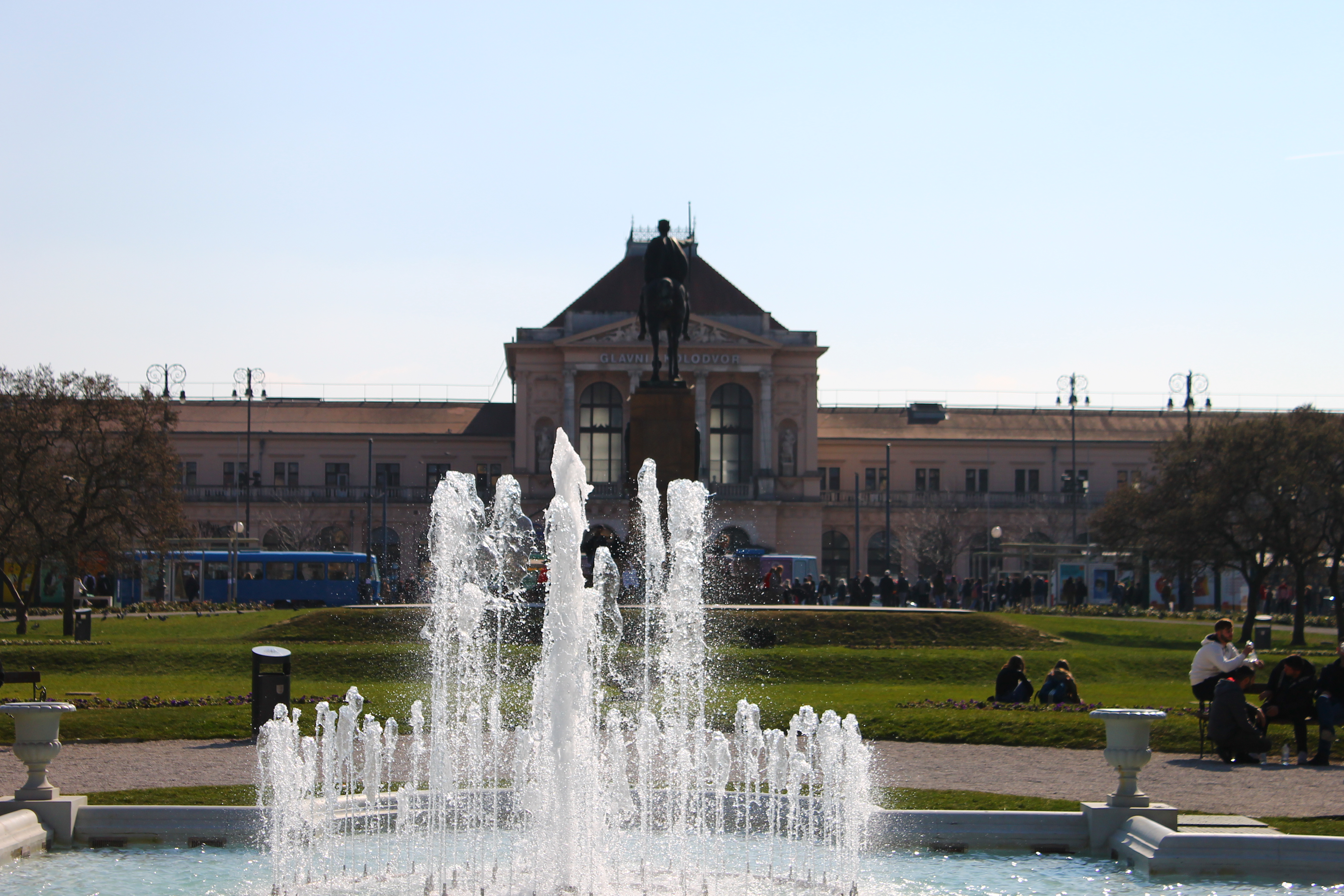 The famous architect Herman Bolle designed one of the city’s oldest fountains in the late 1800s. It's the so-called mushroom fountain at Zrinjevac park. It caused a lot of stir, as people thought it was too avantgarde. There are two more fountains in the same square. Those seem pretty simple and noninvasive. Until you try to have a conversation near them, and suddenly realize you need to yell - that’s how loud their water is. 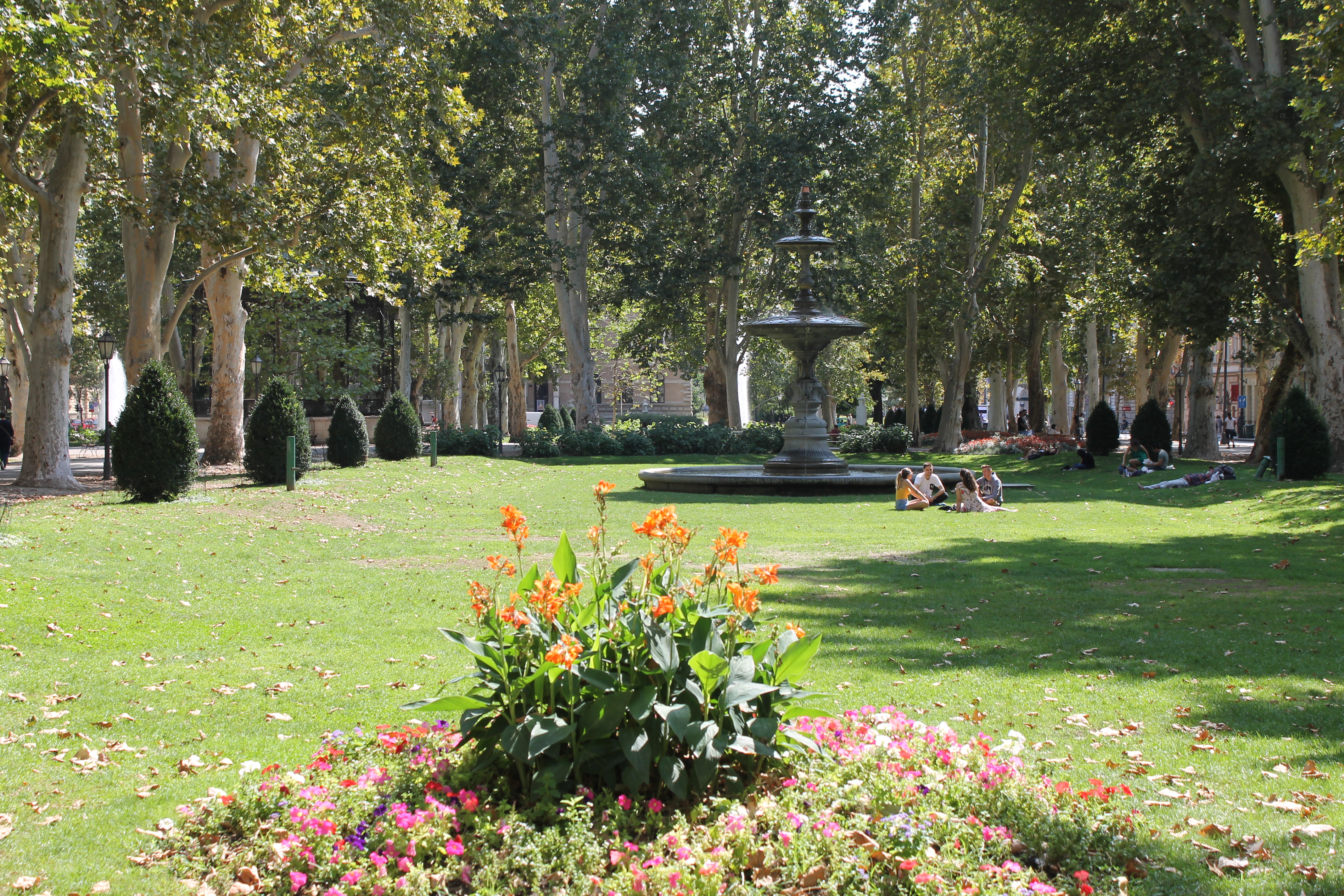 A picnic next to the mushroom fountain? Sign us up!

The most artistic fountains are usually tucked away from the tourist paths. Even the incredible Well of Life in front of the Croatian National Theater. It is placed lower than the ground level, surrounded by a small wall, so people often miss it if they don't know about it. 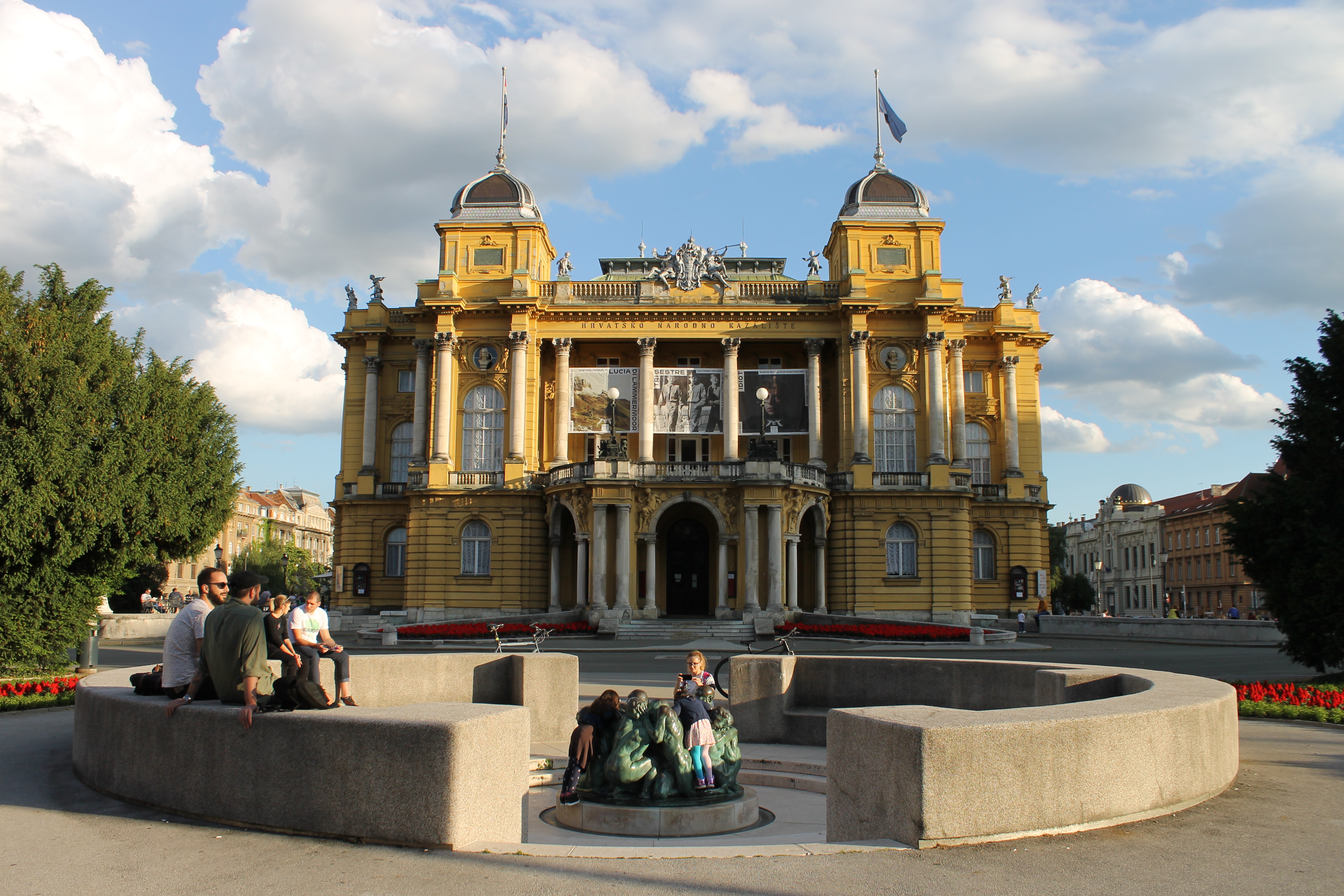 Well of Life is the work of Ivan Meštrović, possibly the most genius Croatian artist

I love hidden squares and parks, even courtyards all over the town that hide fountains. For example, there is a park at a busy crossroad between Šubićeva and Zvonimira streets. Who would even think of finding a quiet zone at an intersection full of traffic? Well, there is one. It's a tiny park with a fountain, somewhat of an ode to our Adriatic sea. 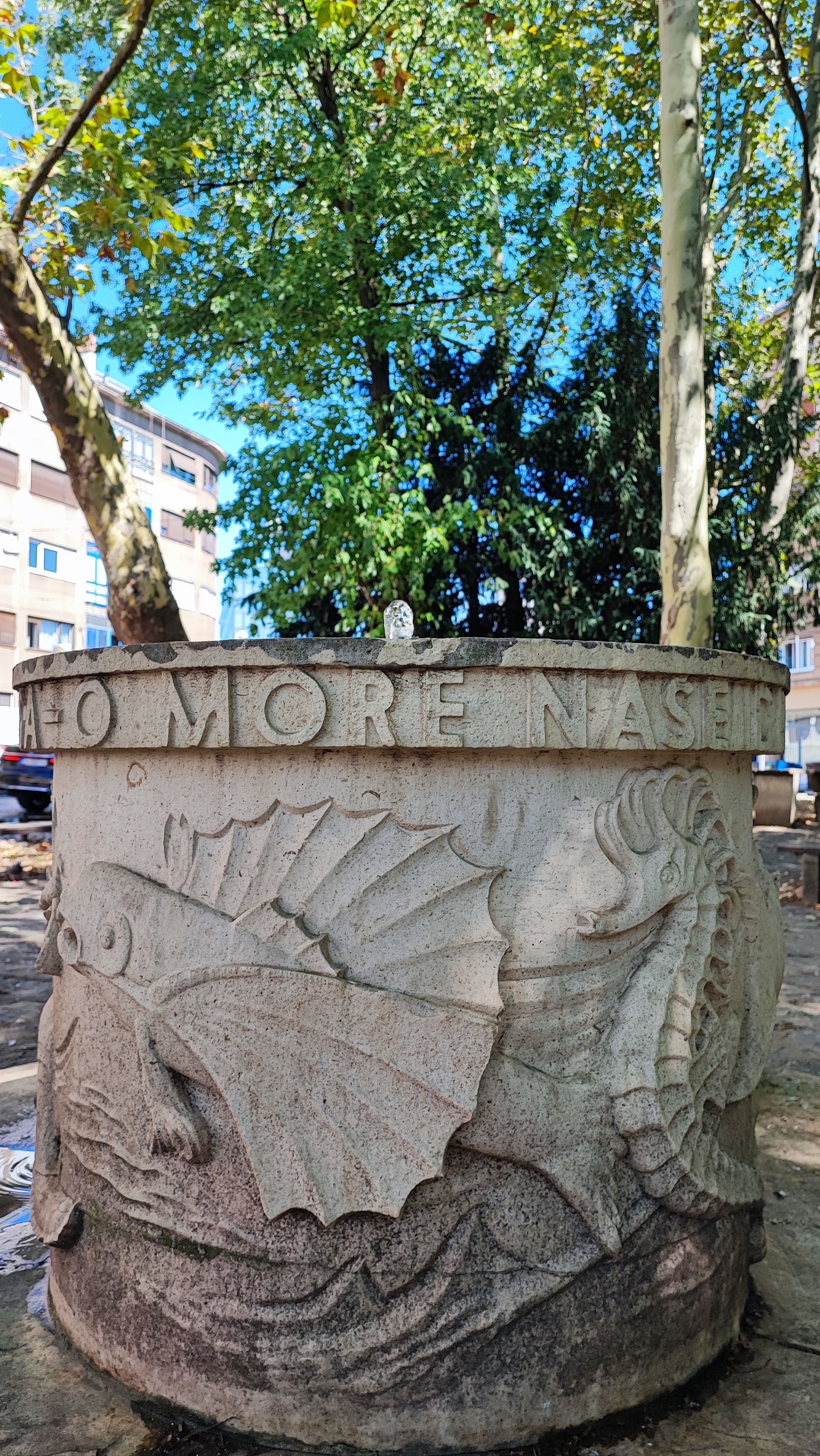 Our Sea fountain was created by Želimir Janeš

There is a fountain deeply connected to the roots of this city: Manduševac fountain. Legend has it that this is where the city was named.

That's not the only symbolism of the fountain. It serves as the coming-of-age place, too. How many high school graduates have jumped into this fountain throughout the decades! If you find yourselves in Zagreb on the last day of high school in May, you might be puzzled by the sight of what appears to be a pool party in this fountain. This happens only once a year, so don’t try it yourself! There would be a lot of eyebrows raised if you’d do that on any other day. 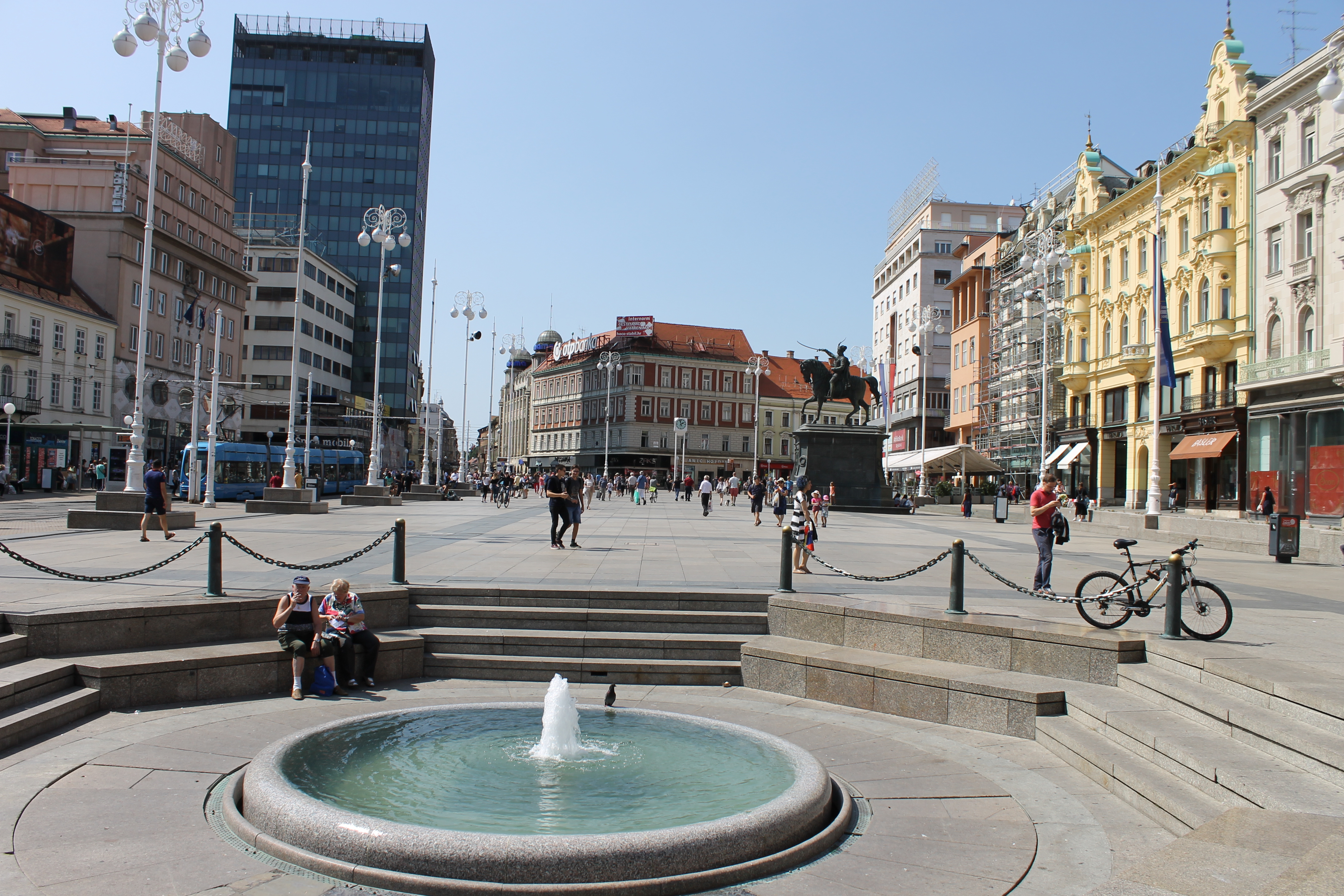 Manduševac used to be a historical drinking-water well

Fountains mean a lot to specific neighborhoods as well. I grew up in the part of town around the square popularly referred to as Džamija. You wouldn’t believe the number of fountain-related anecdotes! For instance, that one time, local hooligans teamed up with local geeks. The latter ones calculated the amount of detergent needed to cause chaos. The gang poured it in. It worked even better than planned as the foam blocked the traffic! 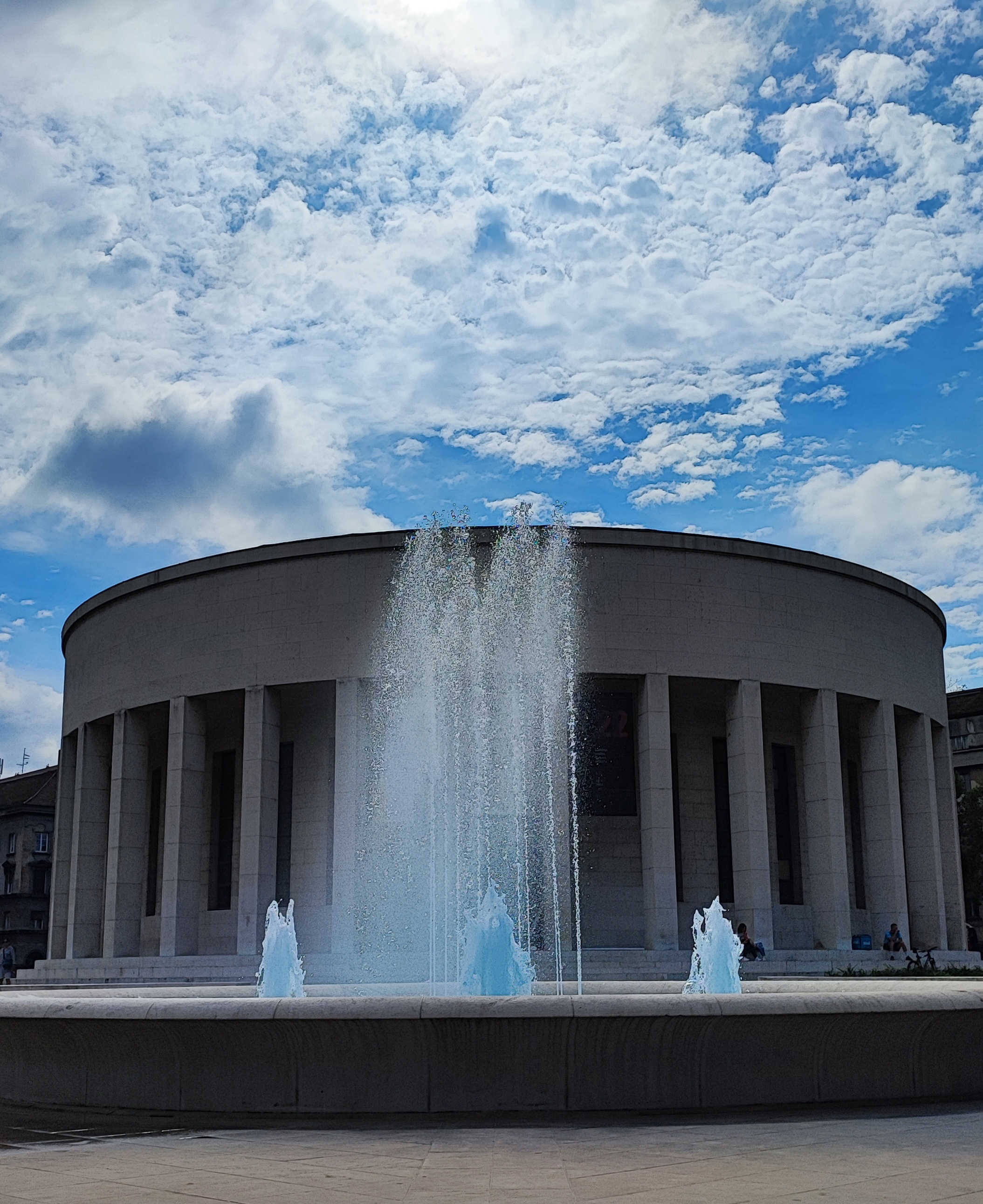 In Croatian, we use a lovely word for fountains that shoot water: vodoskok - it could be translated into something like waterjump. The opposite of vodopad - waterfall

Each and every fountain could share dozens of stories. If only we would hear them out. Even if we don’t listen carefully and are sometimes unaware of their presence, the effect of water is calming and healing. As they pump the sound of water into our surroundings, Zagreb fountains become the true hearts of our squares and parks.