The end of the year brings many curious traditions all over the world. There are four things that most of the countries of the western world have in common: lights, excessive food (and drinks), noise, and greetings. Croatia is no different. The four necessary ingredients of each new years’ celebration have have stuck around for hundreds of years.

And how does Zagreb elaborate on them? I bring you the four aces of a successful passage into the new year - Zagreb style.

Filled with joy! - that is the motto of this season’s Advent in Zagreb. Throughout the city, you will find many sparkling lights that bring warmth to the season. In fact, the ceremonial opening of the festive season in Zagreb is marked by - turning the lights on! It starts with lighting a candle on a traditional advent wreath at the main square. Then it’s time to turn on thousands of light bulbs at the Zrinjevac square. Hundreds of Zagrebers gather to witness this single moment and to accompany it with the loudest and longest 'Aaaaaah' of the year.

There is indeed something magical about lights at this time of the year. The ancient civilizations believed that new hope gets born around the winter solstice, even if it was the longest and darkest night. The young sun represents the victory of light over darkness. The harshest period of the year is to come, but from that day on, the days will only grow longer. We can all help the young sun grow by joining in. Candles, light bulbs, fireplaces, and fireworks - all of these reflect those old beliefs.

Festive locations in the city at this time not to be missed if you’re searching for the light:

Zrinjevac park, Park Grič, Moon Garden in Park Bele IV, and Advent under the Lantern. The latter starts at 4:30 PM Wednesdays to Fridays at the Lotrščak tower. Lamplighter’s unique job gets even more special when accompanied by Christmas caroling. 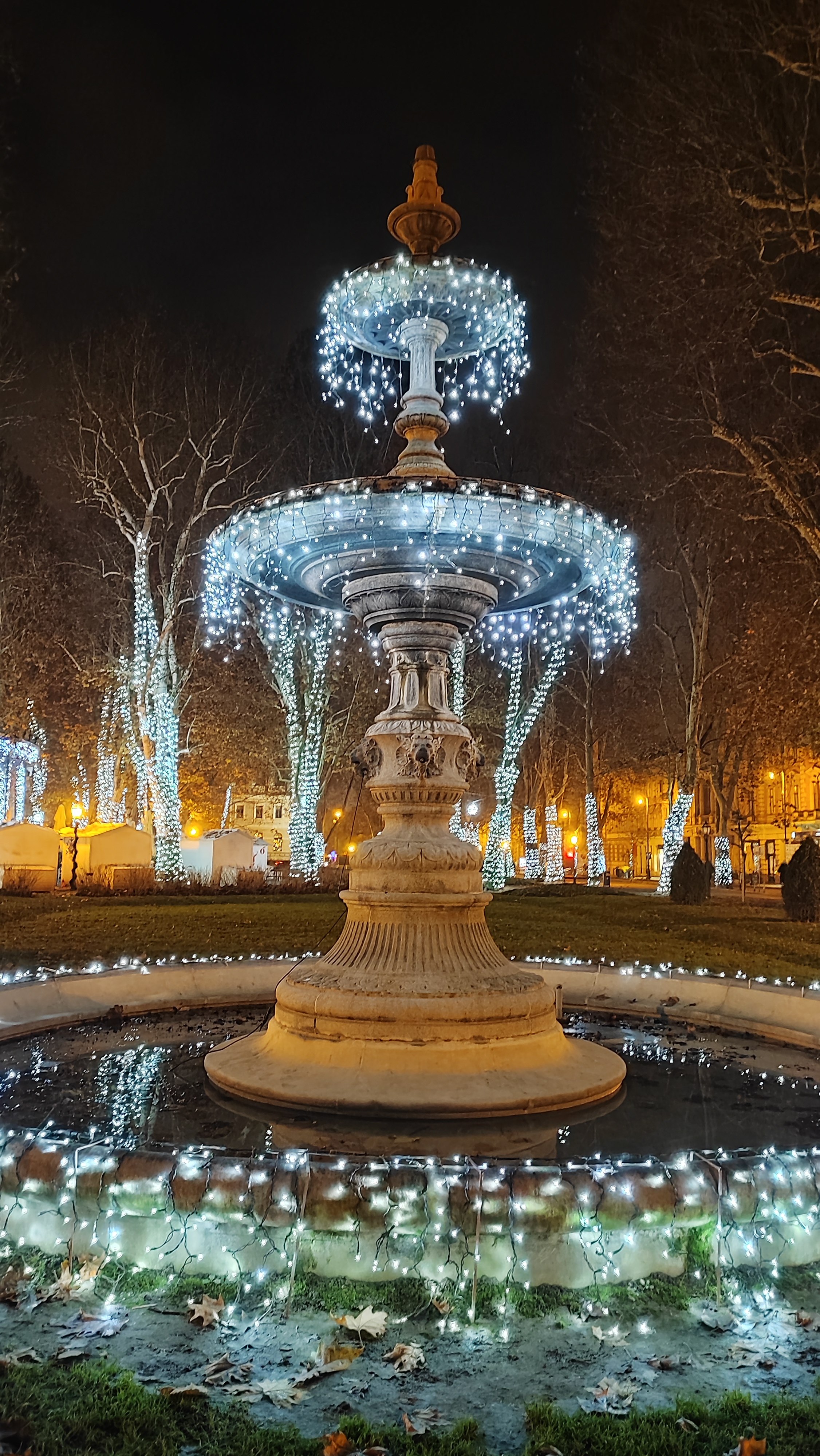 The fountain at the Zrinjevac square in its shiny December gown

One of the most typical Zagreb dishes is roasted turkey with a special dough called mlinci. Feel free to try it around Christmas. But, whatever you do, never have it on New Year. You know how chickens and turkeys run around the yard with no aim? You don’t want your next year like that! Instead, go for pork, as pigs dig straight forward, tossing all the dirt behind. The meal that secures good fortune in the new year, according to old supperstitions, is roasted pork.

Festive locations not to be missed if you’re searching for good food:

Fuliranje at Strossmayer square or Fooling Around on the terrace of the Esplanade hotel. 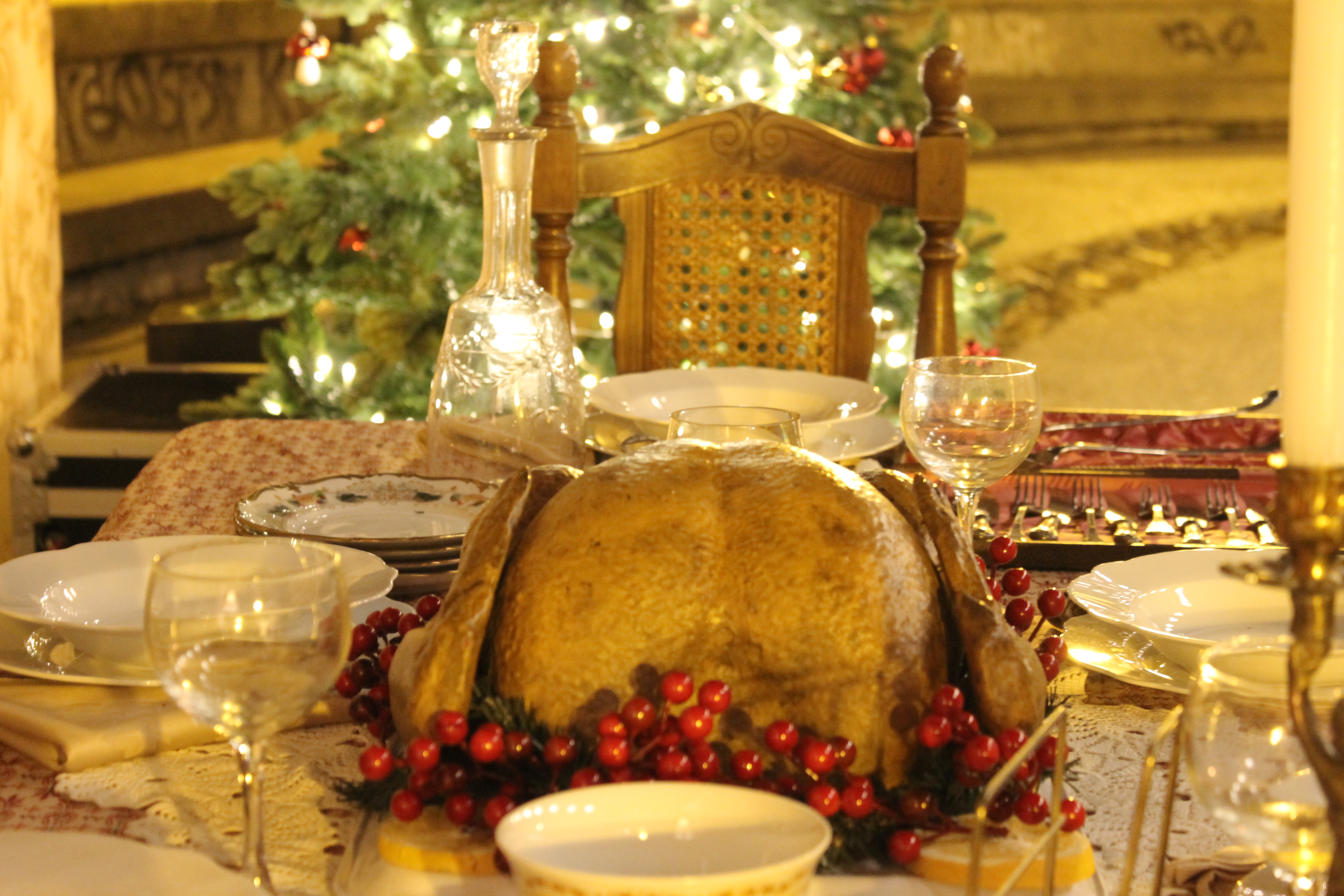 A typical Christmas dish is roasted turkey. But don’t have it on New Year’s!

Ancient people kept the evil out of the new year by making some noise! Loud music and fireworks create a perfect path into a bright future. Even if you don’t like loud sounds, why not make an exception at the end of the year, and sing your heart out?

The central city square in Zagreb is possibly the loudest spot in the entire country for a New Year's Eve celebration. This is definitely the place to be if you wish to experience the joy of a crowd.

If it gets too loud, you can find some comfort in the fact that this is nothing compared to how it used to be. I read an article from an 1879 magazine written by a very famous Croatian writer August Šenoa. He is somewhat associated with the urban soul of Zagreb, he was a writer. All of that makes it hilarious to read how he passionately defended people’s right to - shoot guns. It was a common way to celebrate Christmas and welcome the new year, and he thought we should support the folk traditions. Don’t worry, this is not customary anymore. Only firecrackers are.

Festive locations not to be missed if you’re searching for good noisy vibes:

Daily performances in the Upper Town area, and the New Year’s Celebration at the main square. 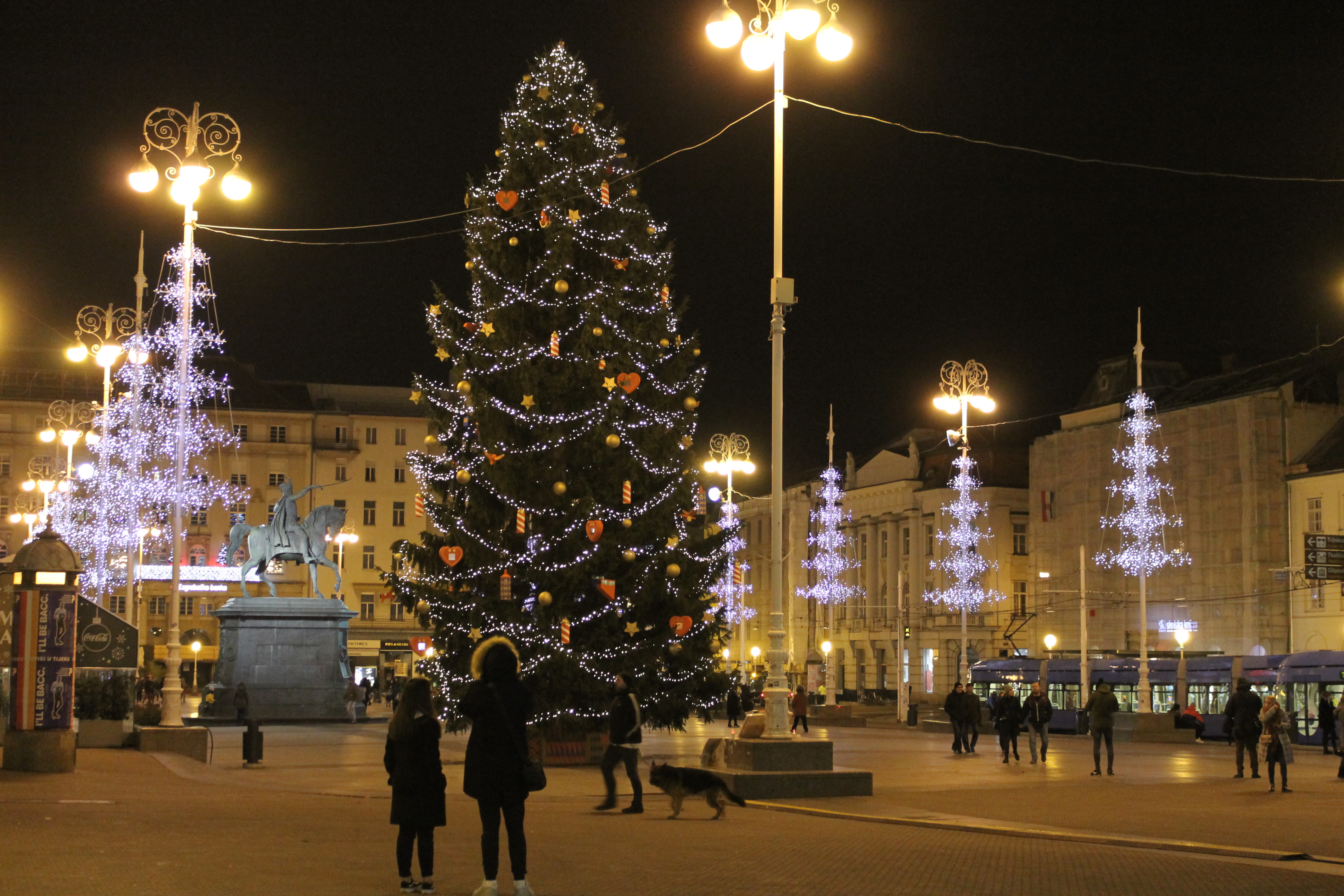 Ban Jelačić Square is the place of the biggest New Year’s Eve celebration in the entire country.

Wishing somebody a happy new year is more than just a polite thing to do. It’s almost a chant we collectively repeat, subconsciously hoping it might come true. If you look back at some local superstitions, there is another thing you can do to make those good wishes work.

Try to avoid the first visit to your home on a new year’s day to be a woman. This used to be considered a bad omen. Back in the day, in villages around Zagreb, people agreed on who should be appointed to visit all of the homes to evade bad luck. They usually chose a handsome dark young man. He went by each house, bringing good wishes, and receiving delicious cakes in return. That way, they made sure that good fortune will be brought upon their families. They don’t go that far anymore. But, some of us still search for a man to be the first to give us his best wishes during a new year’s eve party. Only then do we continue congratulating each other. Just in case.

Festive locations not to be missed if you’re searching for good wishes:

Zrinjevac park, Ban Jelačić square, European square, and the Oktogon passage. All of those offer lovely arts-and-crafty souvenirs you can take home to your beloved ones. 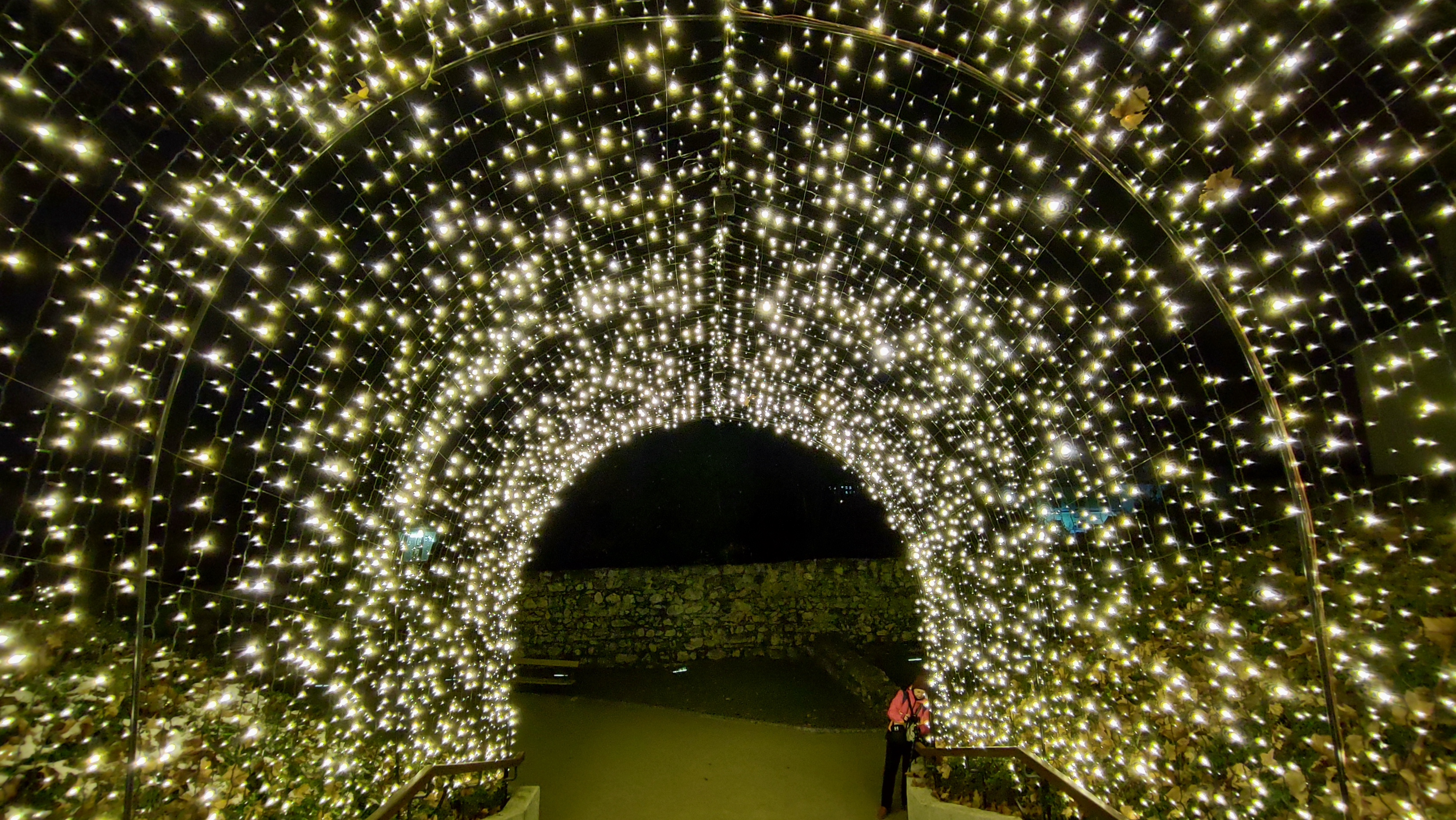 Let your passage into the new year be as delightful

Are you ready for the new year's celebrations? I can’t wait! Happy N... Oh, no, after all this talk, I almost jinxed it. I would love to congratulate you, but you already know - it's better to wait until you receive your first New Year's greetings from a man :) At least I can say that I hope we will meet each other again here at lovezagreb.hr in the year to come.