There is a street in Zagreb where a winding creek turned into a river of people. Why don’t we visit it together? Or should I use the local invite: Idemo u Tkalču - Let’s go to Tkalča!

Here we are! Close to the main city square, Tkalča street awaits with dozens of tables ready for you to choose your favorite spot and order yourself a nice cup of coffee.

If you have ever visited Zagreb, you have most probably intuitively, or by recommendation, found Tkalča and had something to eat or drink there. There is hardly a visitor who leaves Zagreb without taking home a few fun moments spent in this street as a memory. 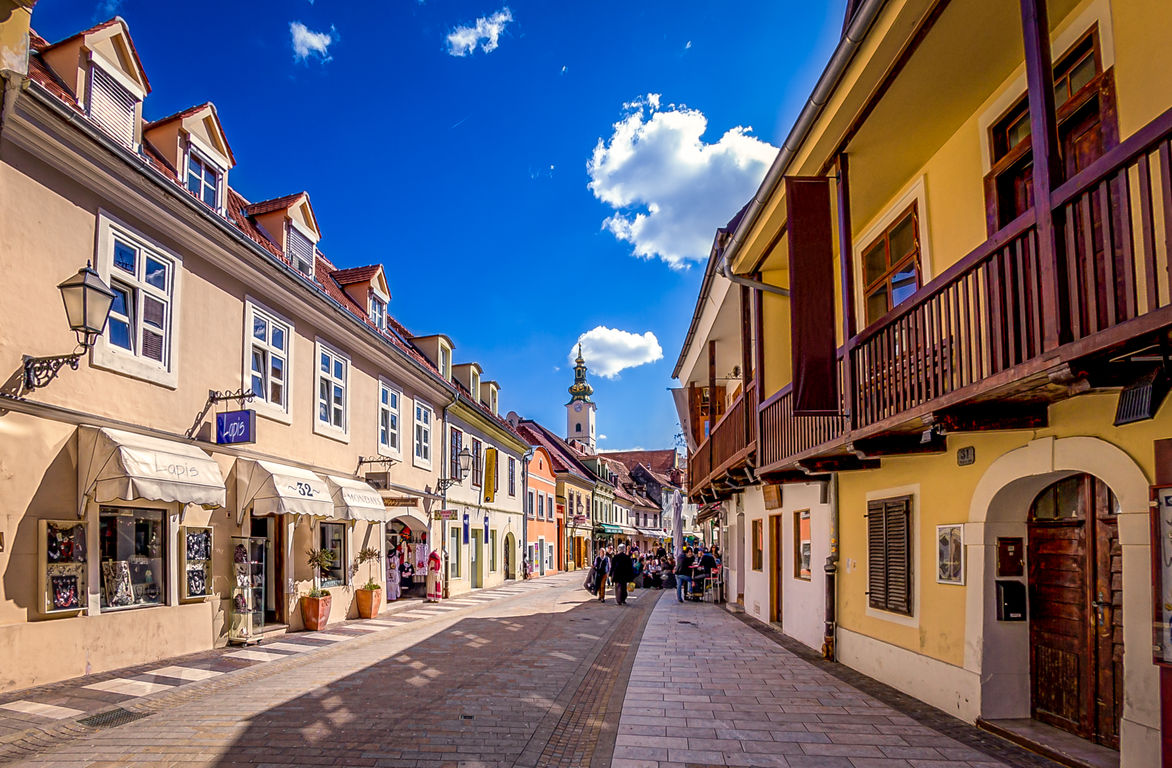 The full name of the street is Tkalčićeva, but the locals will rarely use it when they talk to each other. Today, the street is known as a place to go out for a drink. However, it hasn’t always been that way. It’s a place in Zagreb where fun and leisure have replaced centuries of separation.

A creek used to flow through nowadays Tkalča. The winding creek springs from the mountain in the north and finds its way to the river Sava. The water is now hidden in the immense canals under the city.

Imagine the sight of a creek running down the hill, in its small valley, surrounded by green slopes full of fruit trees and vineyards. No homes, only some flour mills, and a few bathhouses. 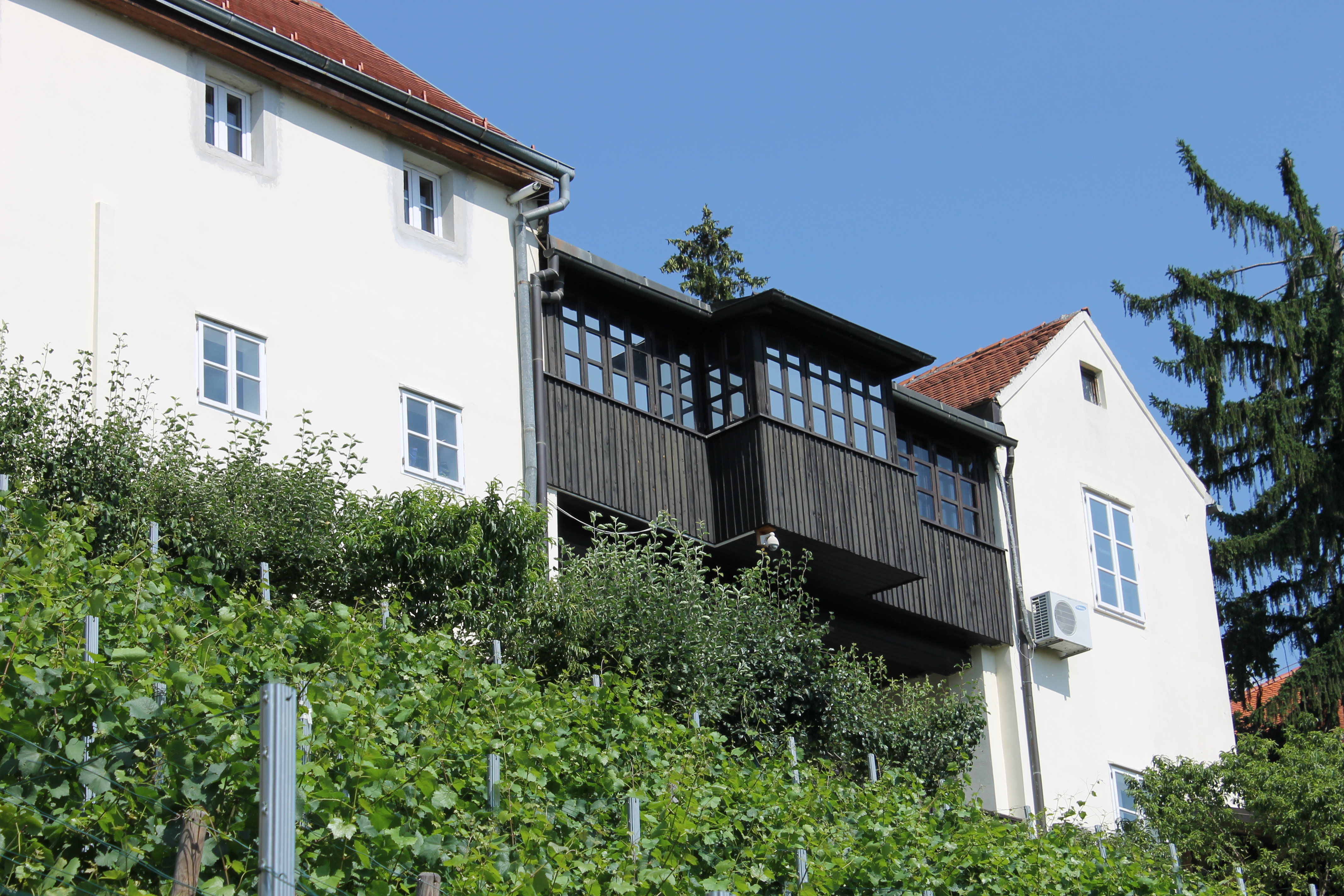 One of the residents planted a vineyard on the slopes above Tkalča. Thanks to that, it is now much easier to imagine the setting in the past

It sounds like a picturesque valley, and it probably was. Until the heavy rains started falling, and the water flooded the area. It was actually dangerous to live next to it. There were cases when the lovely creek took away lives in unpredictable floods. 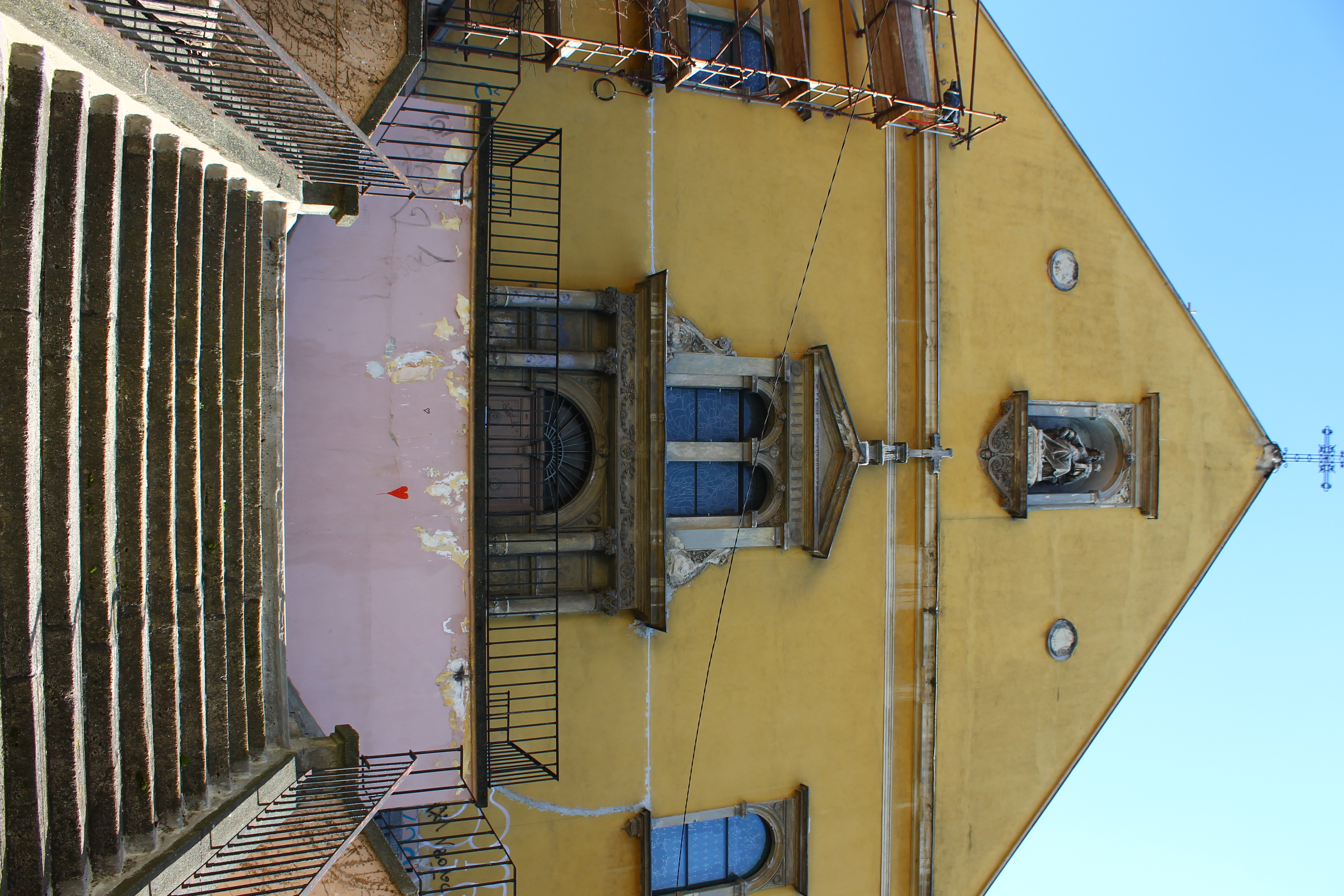 If you pay attention, you will notice some proofs that the dangerous water used to flood the area. Such as the St Mary’s church was elevated to the safe distance

It wasn’t even that picturesque all the time. The creek served as a border between two small towns for centuries. Two neighboring fortresses had a lot of misunderstandings that, at times, turned into wars. As a place of historical battles between two neighbors, one of the bridges earned an unfortunate nickname: bloody bridge. This is now captured in the name of one of the side streets. 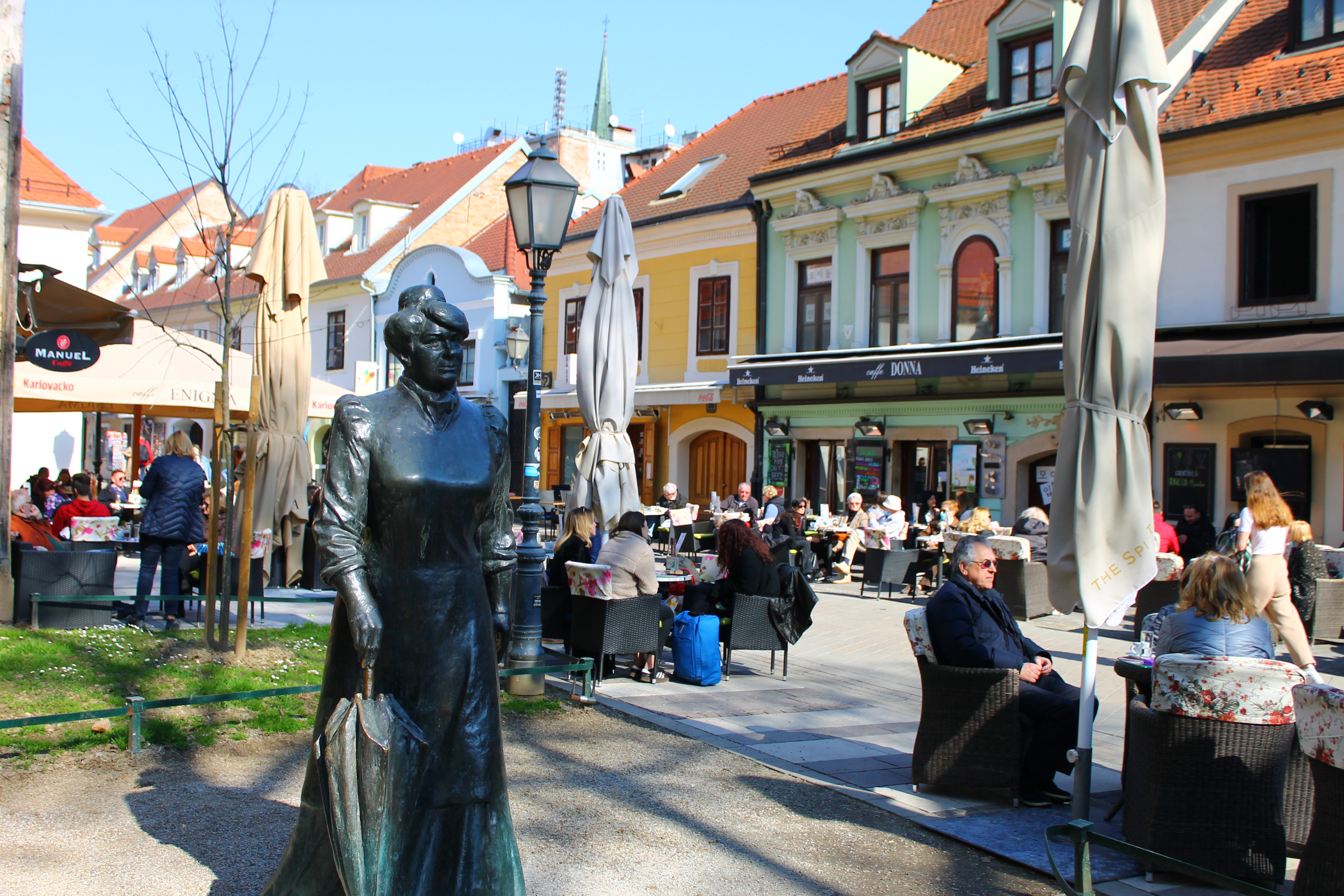 Marija Jurić Zagorka’s statue in Tkalča. She wrote the iconic book Secret of the Bloody Bridge

Also, when you’re imagining the lovely stream flowing through the greenery, how about this? There were some other lucrative businesses alongside the creek, other than mills. Tanneries, which added to the bloody nickname. Bathhouses started opening in the middle ages. 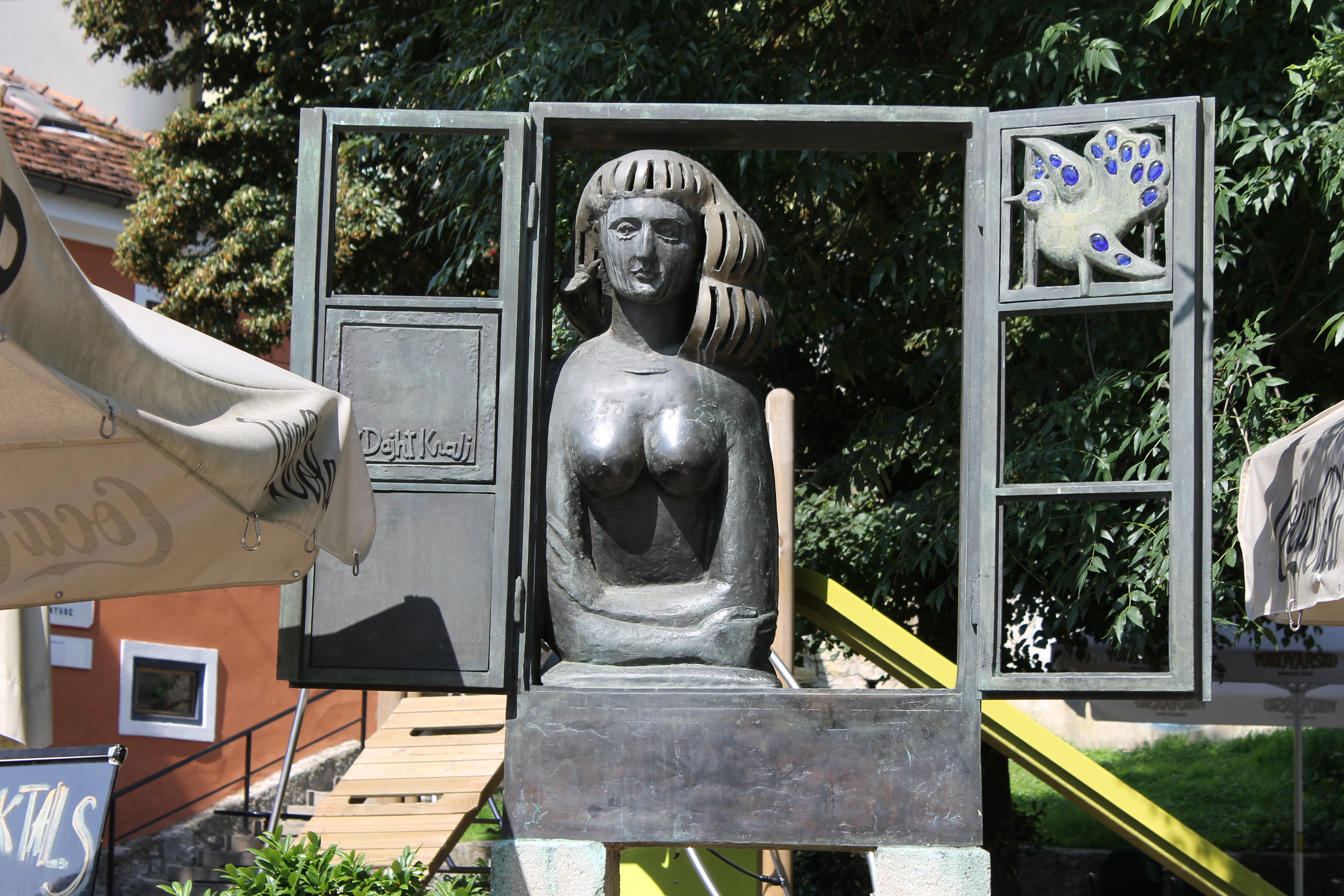 Eventually, the city started growing. The two villages on both sides of the stream unified into a single city of Zagreb back in 1850. Soon after, the former border between the two parts became a problem in many ways. The blood from the tanneries, the litter, and bedpans emptied into the water... and the frogs! The constant noise they made was unbearable. The city had to do something about all of this. So they did. In 1899, a massive project rerouted the creek and took it underground. The street was paved, and in the past 120 years, what we now know as buzzy Tkalča started developing. 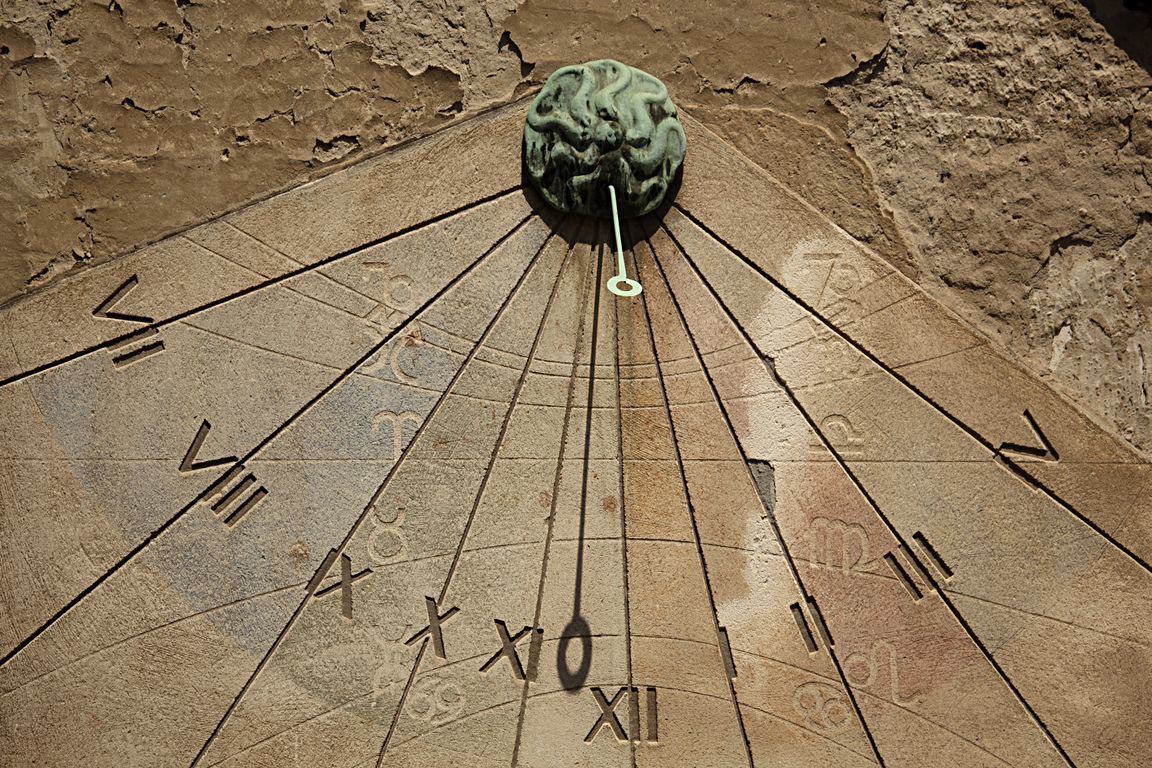 Tkalča is full of details worth noticing. This sun dial still measures has been perfectly punctual all these decades. Photo: M. Vrdoljak, TZGZ

While you're sipping a coffee (or a beer) in Tkalča street, look around! As the river of people overflows the street, you will recognize the shape of the disappeared creek. It reflects in the shape and flow of Tkalča.