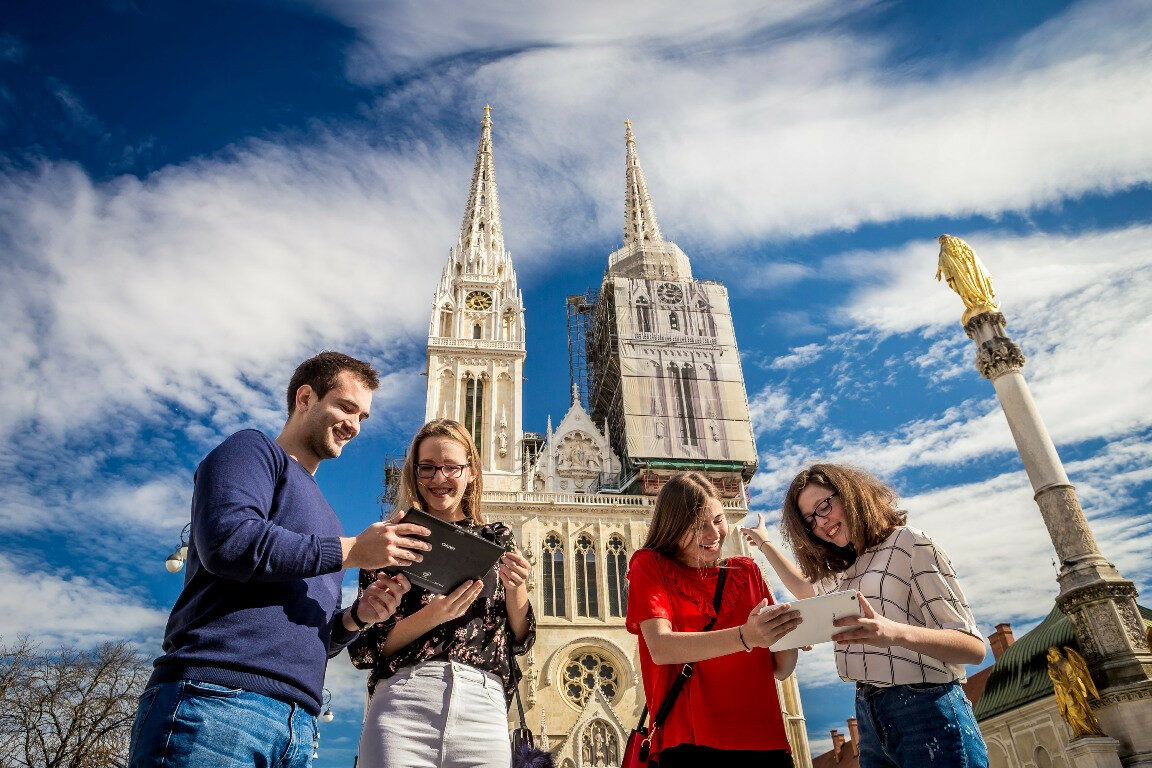 A truly fun and educational tour through the history of Croatian capital filled with myths, legends and interesting stories from the past.

Have you ever been in a city filled with historical landmarks with every step you take? There's more than enough cities today that still match the description. Although a lot of cities got its old cores swallowed by the emerging new, modern, places of interests, there's still plenty of cities that are trying to make a clear deflexion between the old part of town as opposed to its new and modern parts. The first big city that comes to mind when giving this description is Paris, which, for me is one of the prettiest cities in Europe (because I think you shouldn't compare cities from all over the world with the cities in Europe, especially not with the ones in Asia). The value of old historical landmarks was also recognized by people in Croatia who initiated the project called "Zagreb Time Travel." It's a pretty creative tour of Zagreb that puts you in Marty McFly's shoes to some extent. If you don't know who Marty McFly is, then you probably aren't interested in time travel as the previously mentioned character is an important cornerstone for popularizing the time travel (as far as popular culture goes). Zagreb Time Travel works on that similar track. It lets you travel back in time using a rented tablet as your time machine. The tour offers the stories about some of the absolute must-see places in Zagreb city center. Besides learning interesting facts and meeting historical characters important for Zagreb's history, you can also use the tablet to play some interactive games and take cool selfies with the simple goal of creating unforgettable memories from the Croatian Capital. Each tablet can be used by up to three persons, and the route lasts about an hour and a half. This is all enabled by the new AR and VR technologies.

The magic is indeed possible

One of the things that I personally liked the most is that the tour is narrated by some of the most famous women from Zagreb history. But that's not even the part I liked the most about it. The part I liked the most is that the organizers could have just put their pictures and imitate their voices in the background. Instead, they used a special animation technique to turn the statues of the people like Marija Jurić Zagorka (which I already wrote about in my other blog), Kumica Barica and Dora Krupićeva from the famous book by August Šenoa whose wife, Slava Šenoa is also one of the characters but in, what seems to be the painted form. Not only do the animated statues irresistibly reminded me of the beloved characters from the Harry Potter movies we all grew up with, but they are also synchronized by people who seem to be native speakers, making their English even more understandable, interesting and easier to follow for any possible visitor. The whole experience was just a blast for me. I think that this is just the kind of project we need in Zagreb and I'm really glad that something like this exists in Zagreb. Walking through the streets of Zagreb this summer, I must say I noticed a lot of foreigners visiting Zagreb and not just our beautiful coast which I'm really glad. If you expected to find out more about the exact contents of the tour, I have to disappoint you a bit because, where would be the fun of all of it? The one thing I will say, though, is that the tour offers a really fun, engaging, interesting and educational experience which will make you feel like you've spent just a mere fifteen minutes or so on it rather than the actual hour and a half. All in all, it's really a must-see experience which will get you fairly acquainted with the rich and mysterious history of Zagreb, full of myths and legends. Now, you can't say that that doesn't change the whole complexion of tourist guiding. Sure, I've been to and heard about museums that offer the similar experience, but I must say, I've never heard that one town offers such an innovative way of touring the town center. If you always liked traveling with a tourist guide, you will certainly like this kind of tour. And on the other hand, if you never liked listening to boring tourist guides that go on for hours about the things you don't really care all that much about, this might be just the thing for you. The next step is to visit the Facebook page or the website of Zagreb Time travel and to book yourself a tour. If you liked it, give this blog some love and press the little heart beneath it. Enjoy!