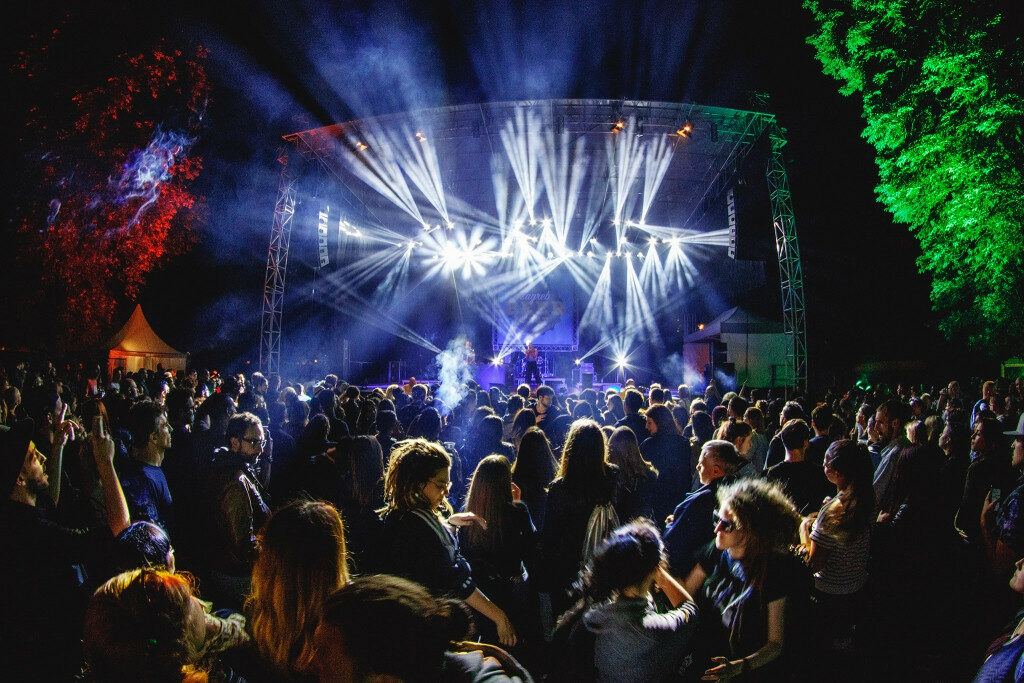 Besides awesome music you will be listening to at the festival, you will also, get the chance to drink some great beers, and try out some new as well. This is something you could deduce from the name of the festival itself, but it's a point that should not be missed.

It's the month of May. Let's get ready to be rumbled!!! Tomorrow, park named after the first Croatian president will be hosting the third edition of the biggest open-air music festival in Croatia dedicated to music and beer. The festival begins on Friday, May 17th and ends on Monday, May 20th and it brings an impressive line-up to the table. Probably, the most interesting name is the English trip-hop band from London, Morcheeba. The seductive vocals of incomparable Skye Edwards will enchant the visitors present on the second day of the festival. If I'm not mistaken, I believe this will be their fifth visit to Zagreb, but it's the first time they will be performing for free. I mean, the entrance to the festival is free, and that's as far as it concerns us. Morcheeba is arriving on the wings of their new, ninth studio album whose promotional tour started earlier this year.

Don't get me wrong, Morcheeba aren't nearly the only ones among, what is a fairly rich, line-up. Among the more prominent names are Urban & 4, Psihomodo Pop, Jonathan, Svemirko, and Detour as well. Zagreb Beer Fest is also known for promoting some of the newer names of the music scene. Bands such as J.R. August, Rezerve, Headoneast, Clone Age, Deni & Robin, and Grapevine Babies are the new names of the third Zagreb Beer Festival. But let's get to the real business here. Besides awesome music you will be listening to at the festival, you will also, get a chance to drink some great beers, and try out some new as well. This is something you could deduce from the name of the festival itself, but it's a point that should not be missed. Craft beers and trying out some new beers has grown immensely popular in Zagreb over the last few years. We already wrote about the topic in one of our previous blog posts. I'm not entirely sure why the golden cold brew has grown in popularity as much as it has, but you can see craft beer bars on each step, here in Zagreb. I am a big fan of craft beers, as well. Their taste is entirely something different from what we're all used to when we say "Let's drink some beer." Don't miss out this year

At the moment in which I'm writing this post, I got information that besides beer and music, there will be some great food and some additional activities to engage in, during the festival. Although I haven't been at the Beer Fest last year (which I still regret), I'm definitely going this year, because, as you could deduce from the first paragraph, I'm a big Morcheeba fan. I've been listening to Morcheeba for over ten years now, and I was at their two concerts. I see this whole festival as a great opportunity to take my girlfriend out. It's her birthday on May 16th, and though she doesn't share my music taste, we do share love towards beer. I think this will be an excellent opportunity to enjoy some fresh air and music beneath the clear skies. A festival to remember

All in all, I think that the Franjo Tuđman Square just outside the strict city center will become the home of good music, beer, food, and finally a great feeling during the four days of the duration of the festival. Bring your friends along, grab some playing cards and pack some blankets in your backpacks, and you're ready for the start of Zagreb Beer Festival which will be held May, 17-20th. In the end, I would just like to add a few words about the organizer. Yem is a collective which started with its early work in 2012, and since then, a lot of people that in Zagreb, especially the younger ones can thank them for popularizing trap music throughout the Zagreb clubbing scene. Besides trap, Yem has contributed a great deal to Zagreb's urban music, promoting urban clubs, and bringing them an audience they would have problems attracting themselves. If we put all of the things I said and wrote about the Zagreb Beer festival, there is no doubt those four days will be a time to remember. See you there!