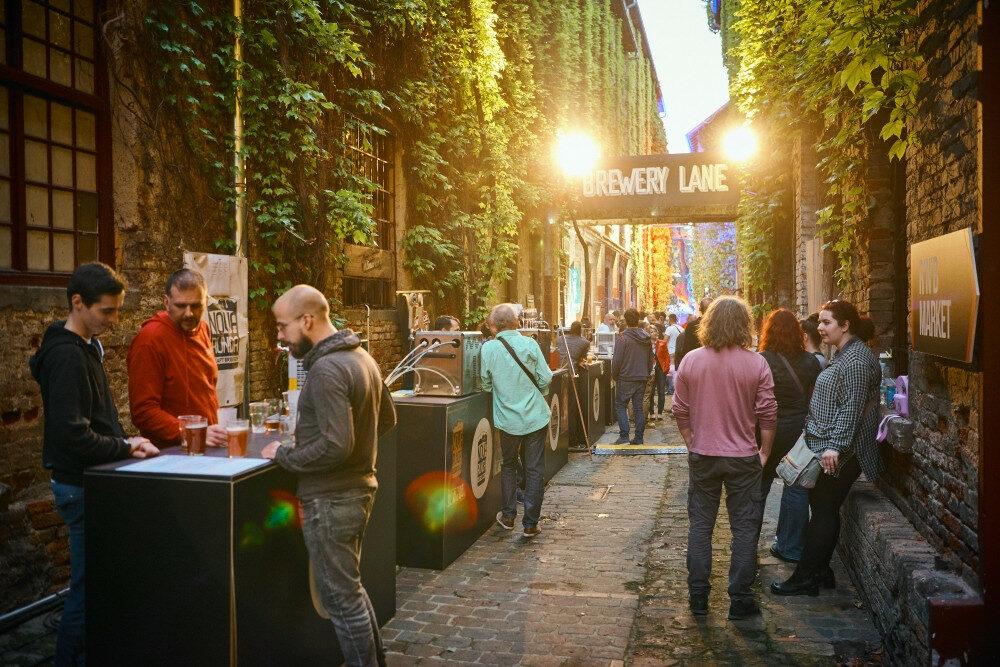 R'n'B Weekend: A Weekend to Remember in a City You Will Never Forget

While the music festivals spread through the region in the last decade, this time, Restaurants & Bars got a festival of their own.

From the abbreviation in the name of the festival you might think its theme is music, but you'd be wrong. While the music festivals spread through the region in the last decade, this time, the Restaurants & Bars got a festival of their own. R'n'B Weekend brings forward what's usually a supporting activity at those, aforesaid, music festivals. The culture of food and drinks. Before I tell you what it was like for me on the first day of the festival, and what more we can expect in the next three days, I think it's important to say something general about it so you can decide whether you can find something for yourself at R'n'B Weekend. First of all, this is the first year this festival is being held. The four-day event is conceived to cover all the segments of bar and restaurant culture although it's primarily intended for everyone in the hospitality business, everyone who loves great food and fine drinks (ain't that all of us) is going to find something for themselves, as well. The format of the festival might be familiar to those visiting Weekend Media Festival in Rovinj each year as the general idea behind it is based on this most important festival in the region. The festival also includes lectures and panels, networking and fun for everyone interested in hospitality business and tourism. As I already stated in one of my previous blogs, I'm thrilled to see that Zagreb is becoming a real tourist and a gastronomical core of Croatia. Zagreb has an increased number of visitors over the entire year, not just during Christmas. And you don't have to be an expert in the tourism industry to know it; it's enough to take a stroll across the main square during the after-work hours. You will most certainly see several tourist groups roaming through the city center. This is, I think, the reason why the organizers of R'n'B festival decided to bestow this festival upon Zagreb.

R'n'B is a combination of a conference, fair and festival, taking the best elements from each of these public event formats. The premise behind the festival is to promote greatness in the hospitality sector, as well as food, and drinks. I believe it's going to be a hit destination for any food lover and for many years to come.

R'n'B from my point of view

I went to the opening of the festival yesterday at Gliptoteka HAZU. Although from what I heard, it started around five p.m., I got there around six, when I got off work. The people already started to gather in masses. Not being in the hospitality business, I was visiting as a foodie and a hedonist. One of my hobbies is touring the restaurants in Zagreb, especially the newly opened ones, and trying out their food. I don't like going to the same place twice in a short period of time because I believe there are many awesome restaurants to try in Zagreb. Almost as if you're visiting the same exotic country twice without seeing the rest of them. R'n'B weekend itself is divided into three categories, each of them is dedicated to an important part of gastronomy. The first one is food, the second drinks, and the third belongs to coffee, which is a particular segment of the festival. The organizers decided to give special attention to coffee because it holds a special place in Croatian culture. The party went on after I left around eleven p.m. (it was a weeknight after all). What I brought back from the first day was the impression that a real treat awaits all the visitors of the festival. The Best is Yet to Come

The second and third day of the festival prepare a real gourmet galore. The program announces a schedule packed with all kinds of useful panels and lectures about the little secrets which make a restaurant or a bar worth coming back to. The schedule is conceptualized as any other big conference or festival. Both Friday and Sunday will be held across four different lecture venues called "Weekend," "Vikendica" (meaning Weekend House), "Masterclass," and "Zagreb Coffee Weekend." The program will start at 10:30 a.m. at earliest and the last lectures will be over till 20:30, and that's when the partying begins. The visitors of at least one Weekend Media Festival know what I'm talking about. The same event format from Rovinj is transferred here, in Zagreb. If you're like me, and can't wait a whole year for another Weekend Media Festival, this is a destination for you. R'n'B will get you going from one lecture venue to another with a smile on your face because you won't be able to decide which lecture you'd like to hear more. I'm looking forward to the rest of the festival in the next three days, and I bet it will prove itself to be the must-visit festival for all the hedonists and a must-be place for everybody in the hospitality business. See you at R'n'B weekend!