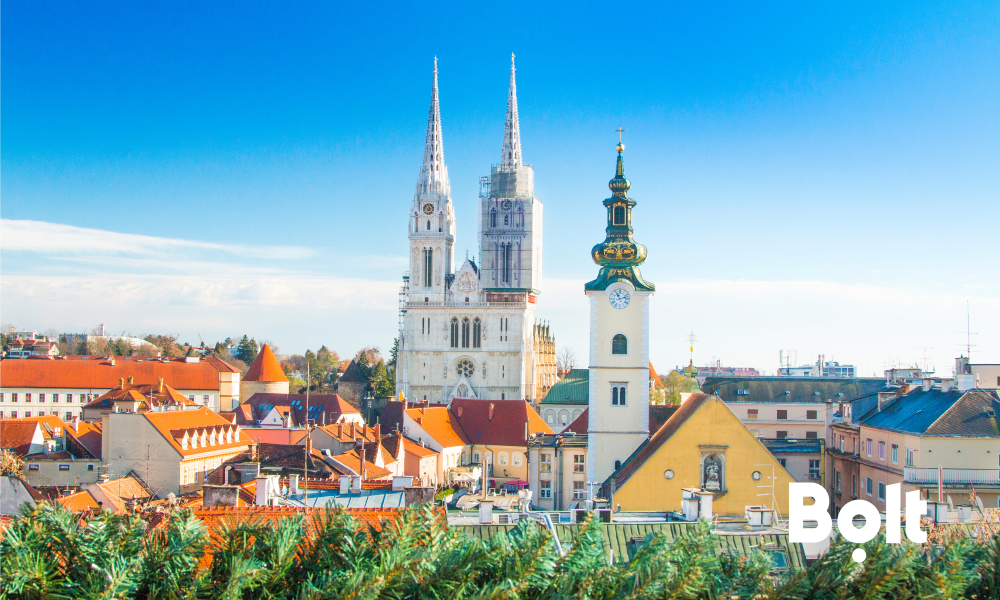 Zagreb Taxi Guide: More Than Just a Means of Transport from Point A to Point B

Sometimes, people tend to think that cab drivers like to cheat tourists and amp the prices of their rides. I must say, I've never heard that something similar happened in Zagreb. You can always turn on a map application to see the closest route from your destination to your location and if a driver is following it.

I remember my first ride in a cab. At least I think it was the first one, or it was the first one I remember. In any case, I was in elementary school, and I was at a History competition at another elementary school in Dugave. I was around eleven years old, and at that time, I didn't move around the city center a lot. The teacher that was mentoring me drove me there, but she had to carry out some of her tasks as it was Saturday. She asked me if I'll be able to get back home on my own, but I was too proud to say that I had no idea where I am. I remember having 100 kunas in my wallet, so I decided to take a cab. The taxis back then were much more expensive than today, so I asked the driver to take me to the nearest location that was familiar to me. About eight years later, the world of taxies started to change dramatically in Zagreb.

In 2011, when Taxi Cammeo emerged in Zagreb, the company represented a real revolution in this form of transport. Just as I said, taking a cab to go anywhere around Zagreb was a real investment, and you had to have a hell of a good reason to take a ride in a taxi. At first, Taxi Cammeo had 76 vehicles at their disposal, but they were planning to enlarge their fleet to around 300 cars, I guess they've succeeded. Besides being affordable, Cammeo was a successful business story. According to the latest data I found, they are currently the cheapest taxi service in Zagreb, but just slightly. Radio Taxi was the first and only taxi service in Zagreb for a long time. With the emergence of previously mentioned Taxi Cammeo, they lowered their prices immediately. The best thing about Radio Taxi is that you can enter one at a taxi stop. If, for instance, your mobile battery is low, or your phone turned off because of a long trip. You can find a Radio Taxi Stop in each of the most important transit points in Zagreb. There's one at the railway station. When using Radio Taxi, be sure to spot a light blue sticker on the side of the car and the taxi sign of the same color on its roof. That way, you'll be sure you're paying a pre-determined fee for a ride, not one determined by the driver himself. In my estimation, they drive overall the best cars, if that kind of thing is essential to you. Older generations prefer Radio Taxi because of its high level of comfort and professional drivers. If you haven't heard of Uber, you've probably been living under a rock for the last couple of years. Although not precisely a taxi service, Uber is by definition a car-sharing company which follows all the latest trends of people transportation inside cities. My favorite Uber feature is grading. Not only can you evaluate your driver, but the driver can rate you back as well. (I have a 5.0 grade, which I'm proud of, haha). The entire user experience of using Uber is carefully developed, and with the gamification used in their app, evidently turned to younger users. Another cool feature about Uber is that you can choose whether you want just a regular car or a more luxurious one. Whatever you prefer, you can follow that car to see how far from you it is. Bolt is, and I hope they don't mind saying me that, a pretty similar service to Uber. Their role in the people transportation scene is vital because they are a car-sharing company as well. And we all know that some good competition is good for the end-user. The best thing about car-sharing services, such as Bolt, is that you can see the estimated price before you even confirm it. So you know you're always getting the best deal. The name change of the company happened due to the extended services they are offering in the world, and very soon in Zagreb as well. Not only will you be able to hire a driver and a cab, but you will also be able to take a scooter. After that, business plans for Bolt are to add some other means of transport and to connect with the existing public transport. Could it mean we will be able to fly across Zagreb in a few years? Perhaps, we'll see. The last, but not the least important taxi service available in Zagreb is Eko taxi. Their great feature is that you can order their taxi over the phone, free of charge if you mind using the application. Besides that, they're offering the transportation of small children in a car seat, and their taxis will drive you wherever you wish, inside Croatia. While some taxis are banning the transportation of your beloved pets, Eko taxi offers a specialized taxi service. Some of their cars are equipped with suitable cages for the furry members of your family. A thing that impressed me the most is the possibility of hiring a constant driver which will drive you all over the place if you always require rides. You have reached your destination

There are two more taxi services in Zagreb, called Ride2 Taxi and Zebra Taxi. I never got the chance to ride with any of them, which doesn't mean that I won't. I'm sorry if the reason for you reading this post was to find out which is the universally cheapest taxi service in Zagreb, but unfortunately, there isn't an answer to that question. The fare prices depend on several parameters such as car availability, gridlocks, time of the day, etc. Sometimes, people tend to think that cab drivers like to cheat tourists and amp the prices of their rides. I must say, I never heard that something similar happened in Zagreb. You can always turn on a map application to see the closest route from your destination to your location, and if the driver is following it.