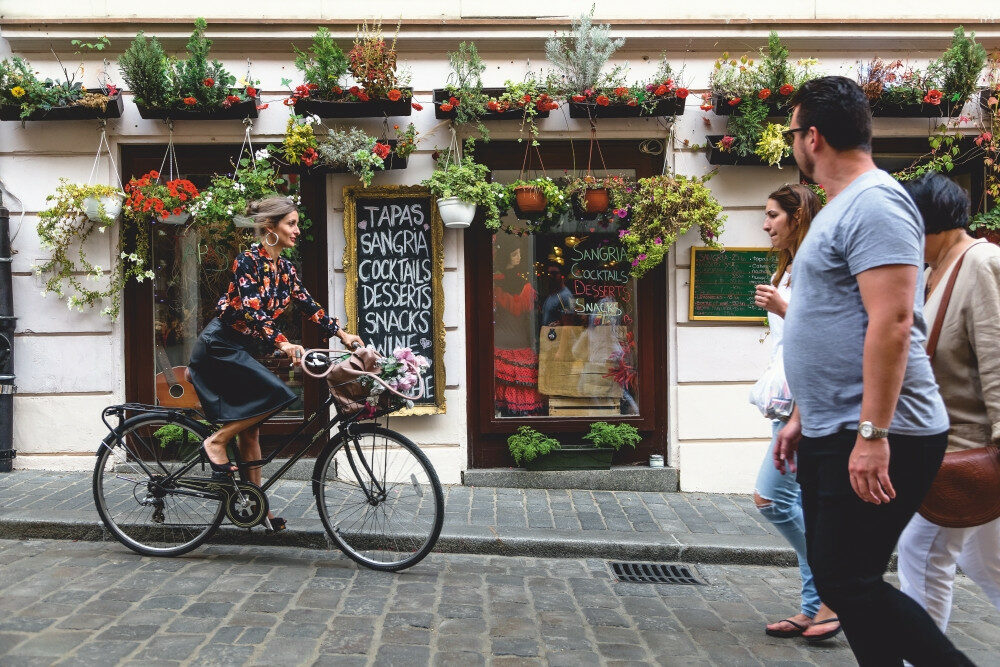 Streets are the Arteries of a City! Meet Some Special Ones in Zagreb

The skyscraper establishes the block, the block creates the street, the street offers itself to a man. - Roland Barthes

Little Secrets about the Little Streets The Street of Ferdo Livadić

Ferdo Livadić was the first modern Croatian composer. He was the originator of the folk style in Croatian music. He was also a leader of the Illyrian movement or the Croatian national revival as it's often called. Several different streets in the region around Zagreb got named after him, and a music school in Samobor as well.

The Street of Ferdo Livadić is located just a couple of minutes walk from the Eugen Kvaternik square, and although quite a noise usually spreads from the square, the street of Ferdo Livadić is a pretty peaceful one. During the competition named "Let's make Zagreb a prettier place" held in 2014, this street got the first prize for the prettiest in Zagreb. The tenants claim that its best feature is the intimacy they share among each other.

The time of Instagram posts with magnolia treetops in the background is somewhat behind us, and Šulekova street saw to that. The tree alley of Japanese cherries to be exact. A lot of Instagram influencers and trendsetters couldn't resist but to post a photo with a beautiful pink background on their social media channels. And who could blame them? Just three minutes walk from Ferdo Livadić street, floral heaven on earth containing one of the prettiest flowery tree crowns can be found. The street was named after Bogoslav Šulek. He was a Croatian linguist, author, journalist, polymath, lexicographer, and a publicist. He invested a great deal of effort in popularizing science, and natural history. Although he was born in Slovakia, he contributed a great deal to Croatian taxonomic nomenclature.

While I was searching for this information about Bogoslav Šulek and Ferdo Livadić, a thought came to my mind. The streets of any city are also a form of an in-space lexicon of famous and notable people of a country. Of course, Zagreb has more than a couple of streets named after cities and people who are not from Croatia, such as, most recently foreign named Francesco Tenchini street, or the streets which got their names after cities: Bologna, Prague, Warsaw or Mainz, but a large number of influential people got the streets named by them. Another amusing anecdote about foreign named streets in Zagreb is the one about a small Umbrian town called Gualdo Tadino. That street got its name because of the city organization of voluntary blood donors from Črnomerec. In return, there's a square called Zagabria-Črnomerec in that town, and that's the only example of a public area named after a Zagrebian neighborhood.

If we stroll down to Zagreb center and reach the Tkalčićeva street, we will also be very near reaching Skalinska street. It's a pretty narrow, uphill, stone-cobbled street, connecting Tkalčićeva street with Opatovina. Just like the street plate in Skalinska says, it got its name after a place where once stairs could be found. In Croatian dialect, the word "Skale" stands for "Stairs." Skalinska is, by itself, beautiful. Otherwise, I wouldn't have mentioned it through this topic. What makes her beautiful is that it's picturesque and that's because of its old facades and colorful facade. Zagreb has many beautiful streets, but Skalinska is special because of the unique wooden terraces. I would say that it's worth visiting, but if you come to Zagreb, you will hardly miss it. Somewhere I found a piece of information that Zagreb has 5327 streets, and that's the number I also got to when I last counted them, haha. Joking aside, Zagreb is, just like any other capital, filled with streets of different kinds, shapes, and names. And that's certainly an exciting part of urban planning, naming the streets. It would be impossible to name or to describe all of them in one post, and I bet there's something special about each of them. The decision is up to you. In which direction will you go first?