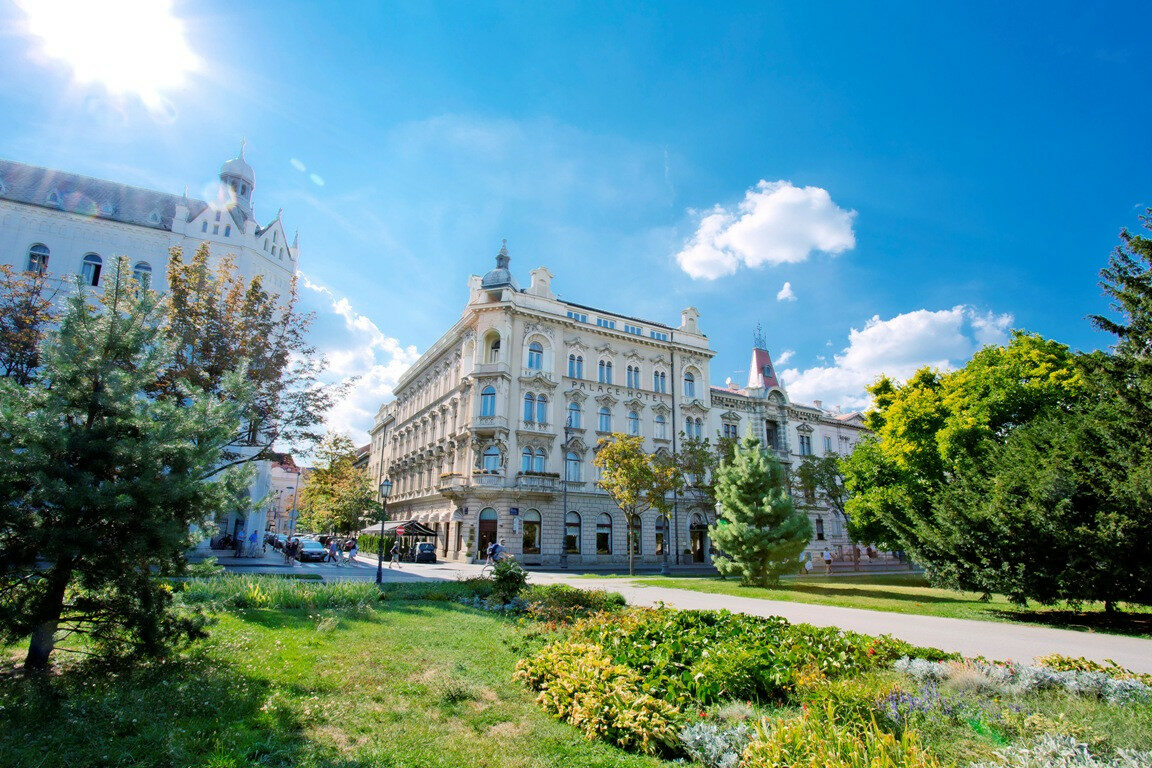 Old Hotels in Zagreb: A Class Act for a Vintage Loving Traveler

A story about old hotels in Zagreb. What secrets do they hide, what delights do they have to offer and what feelings will they leave for you to remember.

Why should you stay at a hotel

I always loved hotels, since I was a kid. Guess I liked the idea of somebody tidying up my room for me. I'm obviously kidding, but you must confess, there really is something, I would even say, magical in staying in a hotel. There was also a time when I used to work in a hotel, back when I was a student and needed to pay off my new laptop. At that time, I developed an enormous love for breakfast usually made in hotels. I still can't decide if I like the full English breakfast or Eggs Benedict better. Luckily for me, there are some places in Zagreb today that have all kinds of breakfasts with eggs in their offer. Food aside, that certainly isn't the only thing I like about hotels. I often heard people saying how they don't like hotels but never really understood why is that. I always tied the idea of the hotel with a vacation, a holiday. Besides that, there's something really special about hotels which I can't really put my finger on. It might be a dose of luxury that hotels exude with or it might be the fact that I was almost always in a hotel with dear and fun people. Back when I was a kid, I used to go skiing with my parents, and the hotel we were in had a pool. And since it was winter, the hotel had to come up with a solution for people to get back to their rooms when they are potentially still wet from the pool, and so they dug up a tunnel that connected the hotel with the pool and I remember that as one of the most amazing and memorable experiences from those skiing trips.

Since I worked in a hotel for two months, as I already mentioned, I can really say I have some inside experience. And the impression I always had about hotels as a guest, somewhat confirmed at the time I worked there. I always thought that hotel personnel was somewhat donnish, just like in that old English movies and series where the domestic help lived with their employers. Old hotels in Zagreb are no different. These are some of them.

The hotel I worked for is also one of the oldest and maybe the prettiest, at least for me. It's the Esplanade - Luxury hotel. The first time I was at this hotel, it was for my prom night, and I absolutely enjoyed it. It was a delightful experience. The food was tremendous, the waiters were phenomenal, and the interior design was terrific. My prom was in the Emerald room which is an unbelievable name for a ballroom, to begin with, and the other thing is that it was so luxurious and classy and cozy, as well. I didn't get that feeling you get from big, extravagant places where you can't feel your natural self, even if you regularly spend your time in places like that. A few years later, I came back to work there and saw how much attention they really pay to every detail. Each morning, I had to squeeze out four to five liters of orange juice to be ready for the first guest that started coming down from their room as early as 6 a.m. but that was just the start of it all. Every detail I encountered working there was spruced to perfection. The Esplanade hotel is one of the rarest hotels in Zagreb that offer valet services, adding class to the whole picture. If all of that isn't enough to prove that Esplanade is really something else, a fact that in its 93 years long existence, Esplanade has attracted guests like Orson Welles, Elisabeth Taylor, Louis Armstrong and even more recent celebrities like Cristiano Ronaldo, Depeche Mode, David Beckham, U2 and many more, just might assure you. Another hotel right there in the same category with The Esplanade is surely the Palace Zagreb. Located in the near vicinity of the main Jelačić Square, Palace is a tradition of its own class. It was built in 1907 and is the oldest organized hotel in Zagreb that's still working under the same name. Its rooms are a combination of modern technology and secession style that was originally built in. Its name is not just a mere epithet but rather a fact that originates from the hotel's history. Its original function was, just as the name says, a palace that was initially built for Karlo Schlesinger. All of these old hotels I'm currently talking about share the same flair as one city in Croatia. If you've been there, you surely know which city I'm talking about. Yes, of course, it's Dubrovnik, which is also a name of another old hotel in Zagreb. Hotel Dubrovnik is a hotel with a much less antique interior design than the previous two. And if Hotel Palace is located near the main square, the Hotel Dubrovnik is exactly at the main square, so as far as the location goes, you can't get much better than that. At their website, you can take a virtual tour of the hotel and see just how amazing Hotel Dubrovnik is.

One of the prettiest buildings in the Zagreb center for me is the Mimara Museum. And no, it isn't in a hotel, but just across the street, there is a hotel. Previously called Intercontinental, the Westin is one of the best hotels in Zagreb, ideal for weddings as well as meetings and over the years it has welcomed many different honored guests. Besides being one of the best hotels, Westin hotel is also the biggest in Zagreb, but it's also a bit younger than other hotels described in this blog. It was built in 1975 and has an amazing number of 378 high-class rooms.

See you next year

Zagreb also has a lot more old hotels in its offer such as Puntijar, Sheraton, and others but I don't know that much about them, so I won't be saying much about them. Rather, I would like to say that all of these hotels confirm and live up to their reputations of high-class, exclusive hotels and you really can't go much wrong if you select any of them. Each has something special to offer, and none is like the next. The best thing to do is try them all, because after all, Zagreb is an amazing city worth coming back to.