Looking in Other Types of Sightseeing: Zagreb From Above

We'll probably never fly exactly like birds, but I think it's safe to say that these means of traveling skies are also amazing, if not better. Wouldn't you agree?

You know that moment when you're arriving or departing a country, and you get that short glimpse of the city from the airplane. Unfortunately, that moment passes as soon as the plane lifts above the clouds, and then you can't see anything anymore. Well, If you know what I'm talking about, and you like that bird's eye view, this post is perfect for you. If you still have doubts, stay for a bit, look at the photos, and think again.

There are several different ways you can see Zagreb and the Zagreb region from above. It comes down to your choice, which depends on how adventurous you are and your general preference. Read away to find out more. If you're up for some learning besides the tour, ECOS pilot school is the place for you. Although their panoramic flight is the easy way to go, ECOS will also try to teach you to fly a plane on your own. It probably isn't so simple, but it's affordable. Besides that, how cool would it be if you could say you flew a plane, even if for a short time. Now, on the other hand, if you decide on doing the usual version, you will undoubtedly have a good time and an even better view of the entire city. I contacted ECOS flying school, and they asked me to state that "if you want to take a panoramic tour of the city, you should, first of all, call and arrange a time and date of the flight. After that, you have to become a member of the Aeroclub Ecos. The membership is just pro forma, but we insist on it." I believe they have a good reason for it as well. An informative panoramic price will cost you around 105 € per plane. The maximum number of people per plane is three plus pilot; each has to weigh under 110 kilos because of the safety reasons. Imagine all of the fantastic photos you could take. Hot-air balloon on a hot day

One of my long time wishes that I haven't fulfilled yet is a flight in a hot-air balloon. I'm not an adrenaline junkie, far from it, that's why a hot-air balloon is a way to go for me. If you feel the same, you can visit the Balloon club Zagreb - the first and the biggest hot-air balloon club in Croatia. They claim that all the ballooning in Croatia stems from their balloon club. Balloon Club Zagreb offers a set of different services, such as recreational or panoramic flying, or if you want to use the balloon activity for team-building or even marketing. Their crew of hot-air balloon pilots is made of Croatian national team members, which means your flight will be in the safest possible hands, guaranteeing you an enjoyable and fun panoramic flight. If you want to win the heart of your significant other, this is the way to go if you ask me. It's original, entertaining, educational, and absolutely romantic.

A different type of helicopter 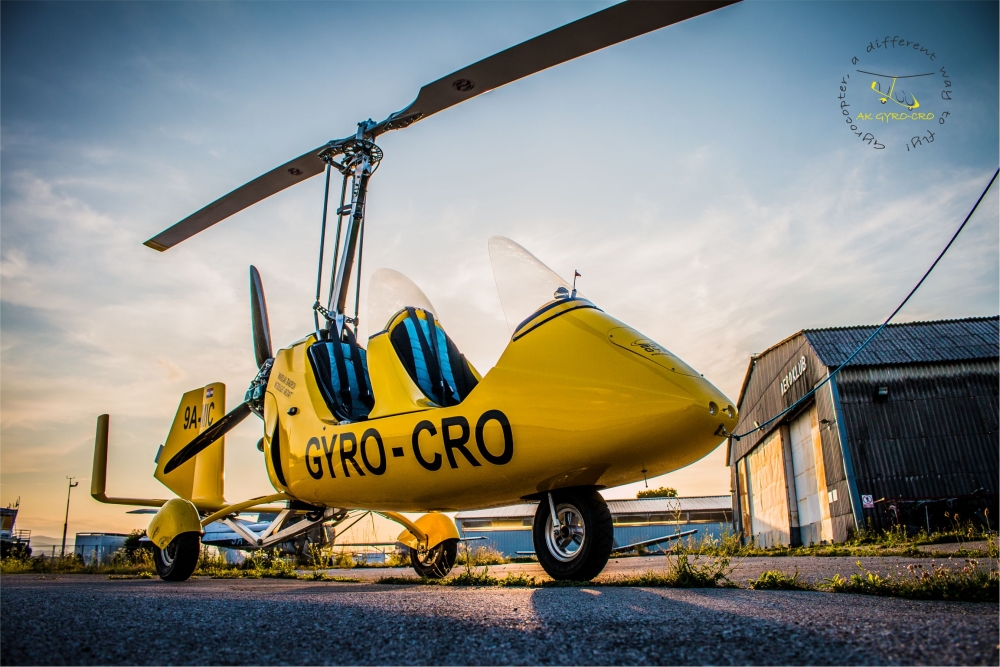 Do you know what a gyrocopter is? Yeah, I didn't either. According to Wikipedia, an autogyro (from Greek, "self-turning"), also known as a gyroplane or gyrocopter, is a type of air vessel that uses an unpowered rotor in free autorotation to develop enough force to cast off the ground. To put it simply, it's similar to a helicopter by appearance, but a different technology powers it. What's more important, it provides a great experience of sightseeing because it's relatively open, and you can see everything that's around you. Another, even more adventurous thing to try is the tandem jump. Fly Club Gyro Cro offers both these things. 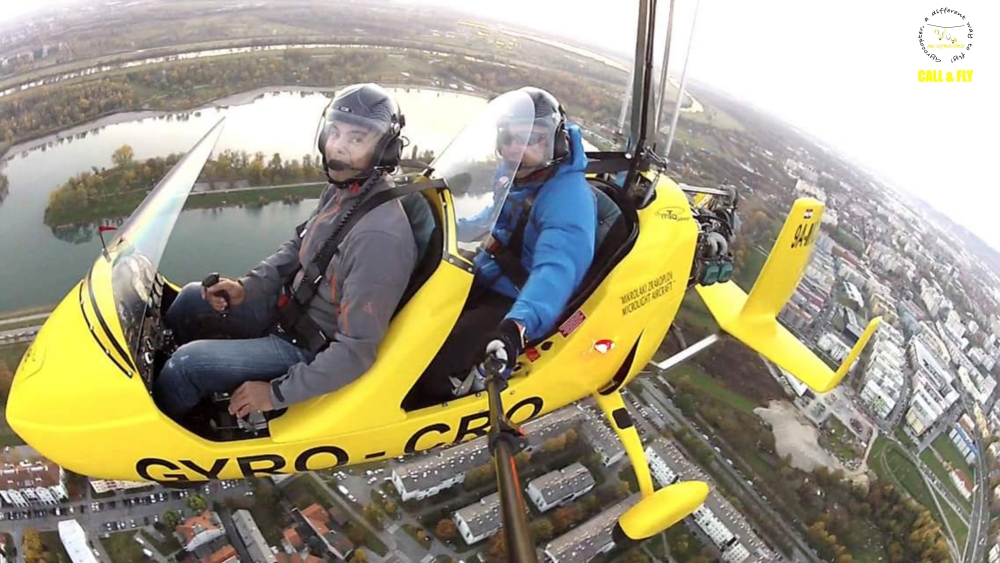 If you decide to take a tour with the gyrocopter, you'll be happy to know that Fly Club Cro organizes everything, from accommodation and gasoline to transportation to the starting point. Their cool yellow gyrocopters will provide an experience and a view of a lifetime. Probably the coolest thing about it is that the tour starts and finishes at the small airport near Zagreb, in Lučko, and during the trip, you're flying to the far south of Croatia, to Dubrovnik. It's an ideal way to see the Adriatic if you're in Zagreb for a short time, and don't have the time to go there by car. 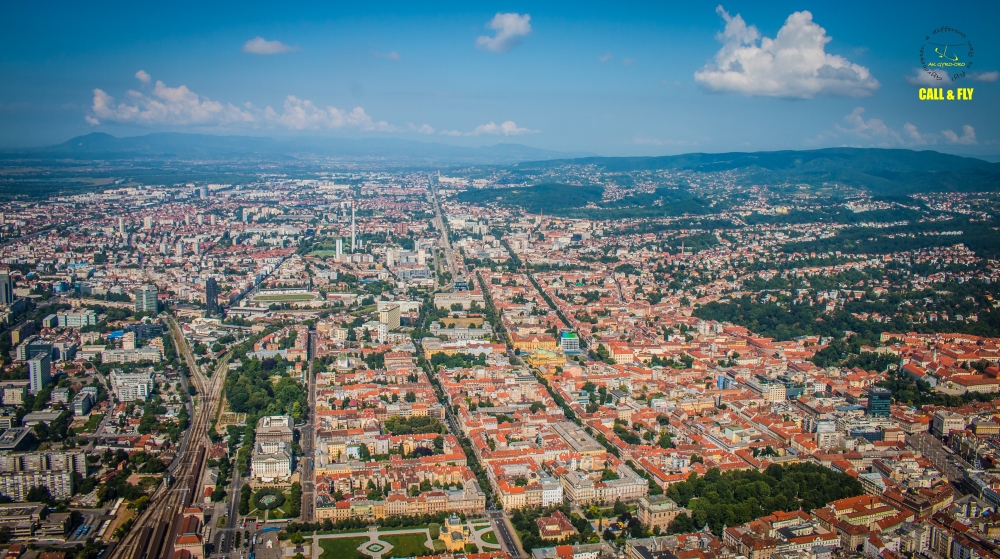 The last thing I'm going to talk about in this post is paragliding. The way to go paragliding in Zagreb is with Sky riders paragliding Croatia. If you haven't tried it yet, I couldn't imagine a better place to do so, and there are two reasons for it. One is you will get to meet your pilot before the take-off because Sky Riders will drive you to the take off-site. Besides that, you'll get all of your potential questions answered. The second reason is the beautiful nature surrounding Zagreb and all the areas where paragliding takes place. All in all, paragliding is a great way to relax your mind, enjoying the first-row view of the beautiful surroundings. If there's a daredevil inside you, you can also experience an extra thrill with stunt flying, which will expose you to such centrifugal force as in a high-class rollercoaster. Dare to try it? Which one is your favorite?

From the beginning of time, people were a bit jealous of birds and their flying abilities. Humanity has been trying to master skies as a traveling medium. We'll probably never fly exactly like birds, but I think it's safe to say that these means of traveling skies are also amazing, if not better. Wouldn't you agree? So, which one is your favorite? Well, whatever you choose, one thing is sure. You'll see Zagreb from an entirely different perspective. See you in the aaaaaaaair!