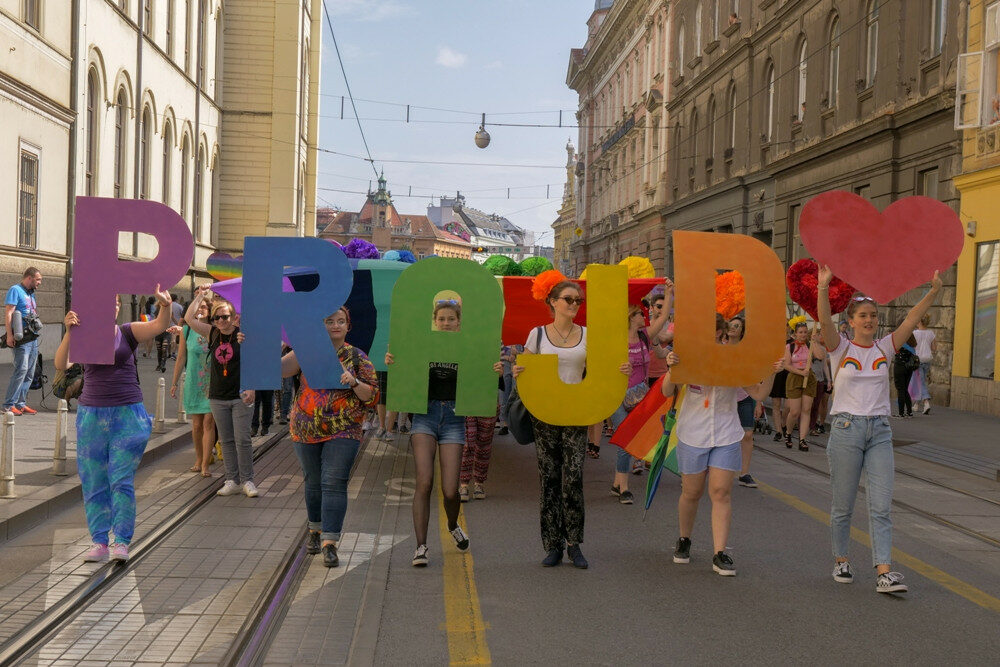 Gay Clubs and Bars in Zagreb

Gay clubs in Zagreb are places that have a really positive buzz, it's a really unique energy that you can hardly express using just words. Nevertheless, I will try!

Before the word "gay" described a person's sexual orientation, it represented a mood. And not just any mood. It was used to describe somebody who is merry or happy, generally in a very good mood. In modern day, the primary meaning of the word changed, and now it describes the person who is sexually attracted to people of the same sex. The reason I'm mentioning this is because gay people really deserved to change the meaning of the word on the grounds of being really joyful people. If we take that cognition in the account, then we can concur that gay clubs are really cheerful and lively places. In addition to all of this, you could have witnessed this cheerful mood firsthand, just recently, when Zagreb Pride 2018 was held. It wasn't just a parade for the equality. It was also a parade of great, positive energy because to be there and to feel it is just a very satisfying experience. If you missed this year gay parade, be sure not to miss the next. If all of this is not a good reason for writing a blog about gay clubs, I don't know what is. From gay bar to gay pride and back

I'm not sure how common is the knowledge about the history of gay rights movement, but it came as a surprise to me when my friend told me that, while visiting New York, she visited the Stonewall Inn, which is famous because it is officially considered to be the place where the first gay pride originated, a place where the members of LGBT community started to protest a police raid at the Stonewall Inn. Another interesting fact is that the Stonewall Inn was opened by three members of American mafia, who invested $3500 into a shabby club and made it one of the first gay bars in the USA. Many years later, there are only a couple of cities in the world that don't have a gay bar today. Zagreb is no different. While some of the gay and gay-friendly places relocated and closed over the years, others are still waiting to be opened. For instance, a gay club called "Believe" is soon to be opened. I contacted the owner and he told me it will probably open this fall because he is still working on administrative obligations. I did all I could and wished him the best of luck.

Dance on the music of positivity

As I stated before, gay bars and clubs must be one of the jollyest places in town and I'm not saying that as just an assumption. This is something I experienced. A friend from my group was celebrating a birthday a few years back, and she came up with the idea to visit a gay club, here in Zagreb. The club we visited was RUSH BAR. It is one of the most known gay clubs in Zagreb, and back then it was located somewhere near Palmotićeva Street. I'm not sure anymore to be honest. It is still opened today, but it moved to a different location. It's near Vjesnik building today, at 120 Savska Road. The whole experience, while something new was fairly interesting because all of the people there were extremely happy and excited while, on the other hand, when I visited some other clubs, I used to see people faking they're having fun which, for me, is the worst thing you could do to yourself. Why go out to a club if you don't feel like it or you don't like the place you went to. A few years later, last year to be specific, I visited Boogaloo club after the gay pride, and the thing I just said confirmed once again. Everybody around me was dancing their brains out, and although I didn't have much success with the girl I tried to dance with, it was one of the best nights I experienced out clubbing, and I really experienced a few. A bar and a club I've never been to but heard much about is called Hotpot bar. It's a very popular place located at 31 Petrinjska Street. Its prices are a bit higher but nothing to write about. As far as I know, the music in Hotpot is Croatian 80s trash and foreign R'n'B and pop.

With the two clubs I stated in the previous paragraph, I'm done listing gay clubs/bars in Zagreb. The thing that's still left to mention are gay-friendly cafe bars in Zagreb where you can surely meet some very interesting people. One of the places that went through a renovation not so long ago is KIC (Culture Information Center) which is an awesome place in Zagreb, because, besides being in the very center of Zagreb, you can spend a lot of time there because it's also a library with a vast collection of book titles. It spreads over two floors, where the ground floor is just a bar, and the upper floor is reserved for peaceful reading or conversation. Another gay-friendly bar is a place I already wrote about in a blog about Jazz bars in Zagreb, called Bacchus, so you can read additional information about it there. The last gay-friendly place in Zagreb is Kolaž bar on Amruševa Street which is fairly close to previously mentioned Hotpot bar.