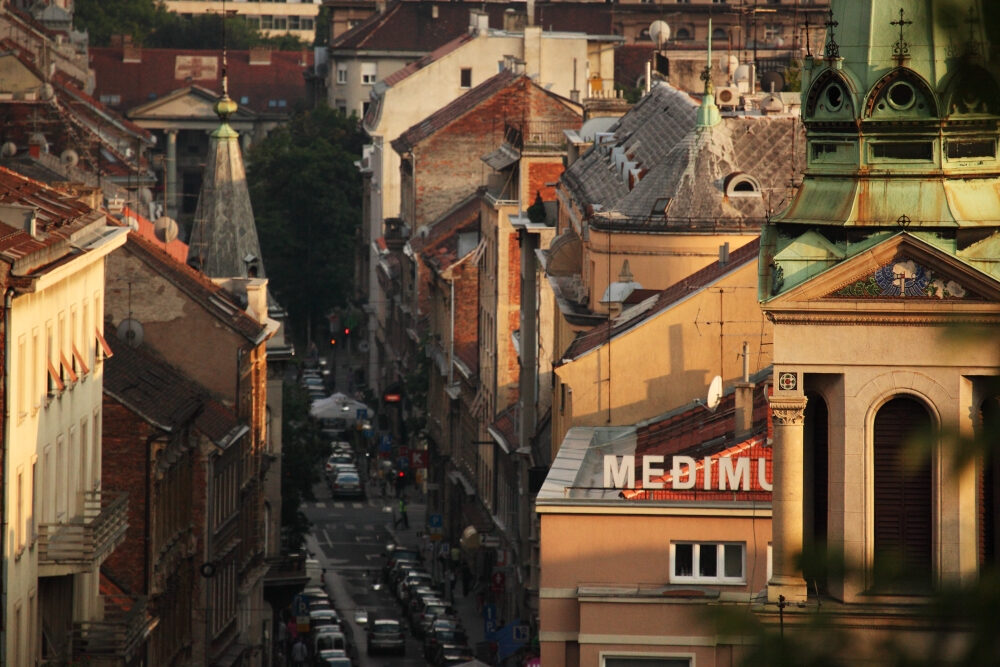 A Driver's Guide: How to Avoid a Gridlock in Zagreb

If you choose to take that brave step and drive around town in your own car, your friend's car, or in a rental, there are a couple of things you should know.

This one is definitely one of the hardest topics I have ever written about. Not because there's not much to say, but rather because the traffic in Zagreb, like in many other big cities, can be pretty hectic. Although Zagreb is one of the best cities in Europe when it comes to public transport connectivity, I spend a lot of my time in a car, driving around Zagreb. I believe that navigating around any new city is one of the most common problems and reasons to give up driving. Instead, we decide on using public transport such as Tram, Taxi or bus. But, if you choose to take that brave step and drive around town in your own car, your friend's car, or in a rental, there are a couple of things you should know.

Rush hour can be sour

The culmination of traffic chaos. A time when people from Zagreb drive to and from work. The biggest gridlocks in Zagreb happen precisely at that time. The morning traffic jam starts from around 7:30 a.m. till 9:00 a.m. while the second one begins from around 4:30 p.m. to 6:30 p.m. During these hours, it is advisable not to drive anywhere near the center of Zagreb. I'm talking about days from Monday to Friday. When it comes to weekends, there are fewer traffic jams caused by working people. Another smaller commotion in traffic can be created on working days around 8 p.m. I can only assume that's the time when people visit their after-work activities and all other exciting things Zagreb has to offer. If you don't need to take a car during those times, try not to. The Busiest Roads in Zagreb

I guess it's the same as any other big city. There are some roads in Zagreb which are just busier than others. The first one is, for sure, Ljubljanska/Slavonska/Zagrebačka Avenue. This road is a curiosity because it's the same road with three different names. When you enter Zagreb from the west, you will most probably enter through Ljubljanska Avenue. Then, as you see the turning point for neighborhoods called "Prečko" on your right, and "Špansko" on your left, the same road becomes Zagrebačka Avenue. Then, it stretches to "Vrbik" when it changes its name into "Slavonska," as the Zagrebians often call that whole avenue. Slavonska Avenue will then lead you to the eastern Zagreb exit. That avenue connects Zagreb to a highway from both sides, and it's most often used for big trucks and lorries driving to or passing through Zagreb. That's one of the main reasons why that particular avenue is a real horror if you're in a hurry to get anywhere. One of the longest, and also busiest streets in Zagreb is also Vukovarska Street because it's speed limit is higher than other streets near it. But with big crossroads on its both ends, it often gets clogged up. Other roads that sometimes experience traffic jams are Ilica - the longest street in Zagreb, Dubrovnik Avenue, and Većeslav Holjevac Avenue. Basically, if it has the word "avenija" in its name, it can experience a gridlock, haha.

To park or not to park

Besides driving around Zagreb, there is another big city syndrome in Zagreb. Just like in most capitals, the problem with parking is a big one. If you manage to find parking, you're probably going to have to pay for it.

The Zagreb parking area is divided into several zones. Zone I is in the strict city center, II is the city center, and the zone III is near the city center. There is also a IV zone. That zone is usually within walking distance of the town center, and it's perfect when you want to park your vehicle for more than two hours. Such parking can be found in certain places such as Paromlin (behind the Main Railway station, on Zagreb Fair, at the south side of the National Library, Main Bus Station, etc. If you have to park somewhere, try parking at the IV zone parking lots.

A few tips on how to avoid a gridlock To conclude, just as I said at the beginning of this post, it's tough to give concrete advice on how to avoid traffic jams in Zagreb. But there are some tips which, when followed, will undoubtedly help: I hope this article helps at least a bit. But remember, whatever you did, think safety first. It's better to get there late than not to get there at all.