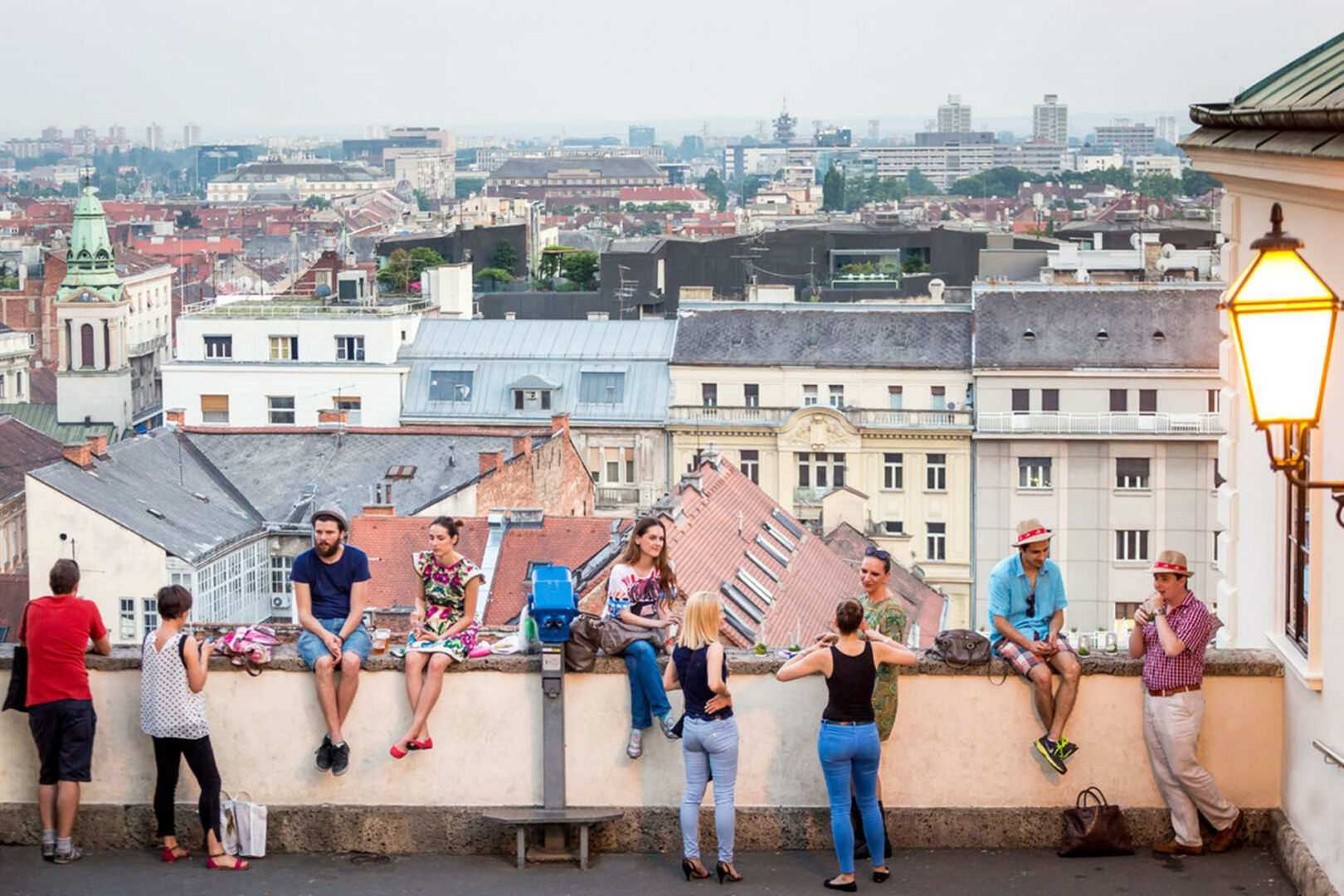 Zagreb Expats: A Mexican with a Croatian Address

How does life look like for a Mexican living in Zagreb? If you're interested to know more, read Jimmy's story and find out why he came to live in Croatia.

Imagine leaving your home and moving across the world to a foreign country and doing that all alone. Well, that's exactly what Jimmy did a few years ago when his European adventure started. Jimmy is a Mexican who left his country to get a Masters Degree abroad, in Madrid. While studying there, he met his wife Maja who is a Croatian. But, they didn't move to Croatia right after marrying. They first went to live in Mexico City, but as Jimmy says, life in such a huge city was too overwhelming for his wife, so they decided to come live in her hometown, Zagreb.

Jimmy now works as an IT engineer and web developer in one company in Zagreb. It's been almost two years since they came to Zagreb. ''I've been lucky to find a job pretty quickly after coming here. But I guess it depends on what your profession is'', says Jimmy. ''I love living in Zagreb. It's a safe and clean city. The only thing I could say I miss, besides my family, of course, is being able to go outside at 2 or 3 in the morning and grab something to eat or drink. Mexico City is a huge city of over 40 million people, so I got used to always having access to anything that I need at any time. But that's just an advantage of every big city I guess.''

Another thing that he loves about Zagreb is how there are no huge traffic jams like back home, even though people here complain about traffic all the time. ''For me it's great. I live in Sesvete and go to work with bus and tram. Everything is connected great, and I have no problem with traveling through the city. Back in Mexico, I would spend hours and hours in commuting to work and traffic.''

Jimmy is also a passionate runner, and he told me he actually seriously started running after moving to Zagreb. ''I love running, and it's a great way to stay fit. As a developer, I spend a lot of hours in front of a computer screen, so running is an amazing activity for me.'' Through running, he got to know the city even better. ''There are really no bad neighborhoods in Zagreb. In the warmer months, I usually run late at night and in summer even at 12 or 1 a.m., and I love how I see people also out in that time, taking a stroll, smoking or walking their dog.'' Knowing how delicious Mexican food is, I asked Jimmy if he misses that too. ''Yes, of course!'' he says. But he found a way to have a little bit of home cuisine with him in Zagreb. ''I found some chili seeds and with the help of my mother-in-law, I managed to grow them, so know I have fresh ingredients for all my Mexican food that I prepare. I love hosting Mexican dinner parties with my wife. We invite our friends and hang out, and I prepare some of my favorite Mexican dishes. And of course, others bring Croatian specialties like pršut or kulen. I love a good kulen.''

Also, Jimmy told me how there is a small community of Mexicans living in Croatia, but the only time they all manage to meet is on the September 16th because that's the date of Mexican Independence Day, so they get to celebrate it in a homely atmosphere. ''We usually meet up at Bundek Lake and have a big barbecue and hang out all together. But last year, we learned the hard way that we can't hang only Mexican flag, without Croatian, for that occasion, because we actually got a fine of 300 kn because of that. But now we know for our future meet-ups.'' – he says with a laugh.

When I asked Jimmy if there was something different for him in everyday life here in Zagreb, he immediately answered how the strangest thing for him was the ritual of drinking coffee for a long time. ''When I first went for a coffee here in Zagreb with my friends, I was finished in like 15 minutes, but they kept drinking and drinking their coffee for at least an hour. I didn't understand why it takes so long for them. But after a while, I realized that meeting for a coffee is much more than that. With coffee, you talk about anything and everything, smoke cigarets and enjoy others company. That was something I needed to get used to because I was used to Starbucks and grabbing a coffee to go.''

Another thing that was hard for him was definitely learning the Croatian language. ''I am still taking lessons in Croatian, and the most of the communication at work is in Croatian, so I picked up a lot there as well. Now it's easier because I know much more than when I first came, but I still don't understand slang words and the pronunciation of some words with letters like č,š or dž is pretty hard for me.'' But I must say, judging from a few words that I heard him say, his Croatian is pretty amazing.

We also talked a bit about cold Zagreb winters which were at first a huge shock for him. '' The First winter we came here was the hardest. I didn't want to go out if I didn't need to. In Mexico, the temperature never dropped under 10 degrees and in summer months it goes above 40, so this was really shocking to me. Now I got used to it, but I still don't like the cold. Also, I can't run during these cold months, so I miss that too.''

In the end, I wanted to know if he sees himself living in Croatia forever. ''For now, living here is good. If my wife or I get some opportunities abroad, maybe we will move. Or we will maybe move back to Mexico. My wife sometimes jokes that she's OK with that idea as long as we get a house on the beach and don't live in a big city. So who knows what our future holds.''