An Ode To Croatian Parlour Music: We Finally Know Who's The Stranger In The Night

My favorite song about Zagreb is precisely his song, "Golubovi," meaning simply "pigeons." In this song, he describes them as: "The most beautiful roses above my town...".

Croatia is a country famous for many different things. The Adriatic sea, sports, great food, and so much more. But, maybe a fact that is somewhat lesser-known is that Croatia is full of amazin musicians. Speaking of, Dino Jelusić, whom I've already written about, had won the first ever Junior Eurovision Song Contest. I think that fact itself sums up the Croatian music talent and potential. In this post though, I am going to talk about one person who really put Croatia on the map when it comes to music. A musical pioneer in Croatia, someone who established the music scene in Croatia and left a legacy for those to come.

You only love once a couple of times

But first, let me introduce you to some general facts. Although a lot of incredible original songs came to be throughout Croatian music history, there was a particular time when musicians went through a rough patch with their creativity. Some might say that it was "the fashion of the time" but any music lover knows better. A lot of musicians, especially rockers, have had significant influences that shaped their music. Some even loved some songs so much; they gave them a Croatian translation.

But when it comes to pop music, the reason for copying a tune is usually to create a hit that sells fast. Stealing famous melodies and giving them some Croatian lyrics was wildly popular in Croatia during the late 90s. Sometimes, the audience knows that the music is not original, and sometimes, they don't. But mostly, when we hear a song we know from somewhere, we usually don't mind if an original has already been done. After all, there's a bunch of world-famous hits that aren't original, and we love them regardless.

Let's Not Mix Apples and Cherries

Not to be understood wrongly, I'm not saying a musician can't and shouldn't make a cover of an existing song. Doing so can provide an interesting new twist on a song that already exists. But, if you plan to do so, you should first ask the original author if possible.

When it comes to copying music, it's expected that artists from more prominent countries get copied, but sometimes, just the opposite happens. Then, you are proud, mainly when someone like Frank Sintra copies you. That undoubtedly proves you've done something right.

The Stranger in the Night or Mr. Morgen

What am I talking about? Well, you must have heard of Frank Sinatra. But have you heard of Ivo Robić? Why have I even mentioned them in the same sentence? Well, the story goes like this: It's some time before 1966 when the single "Strangers in the Night" came out. Ivo Robić, also known as Mr. Morgen, is applying for a song contest in Yugoslavia. After the jury rejected the song of the best selling Croatian singer of all time, he sold the rights for that song to Bert Kaempfert. Mr. Kaempfert was a German composer and a friend of Avo Uvezian, an Armenian-American composer who made music for Frank Sinatra, when a mutual friend said he would introduce them.

The song was initially titled "Broken Guitar," but Sinatra didn't like the lyrics, so Uvezian rewrote the song, which later became known as the famous hit - "Strangers in the night." It was that very same year when Ivo Robić published the piece "Stranci u noći" (literally translated to "strangers in the night."). If things weren't complicated enough, along came Philippe-Gerrard, a French composer who claimed the melody from the song was, in fact, his. The court in Paris ruled against plagiarism of his song "Magic Tango."

So there you have it. The song was probably first composed by Ivo Robić, and when the Croatian experts didn't recognize it, it went on into the world and became one of the greatest hits of all time, still very well known today. When Ivo Robić was asked about this song, he also confirmed this story. The complete truth remains a mystery - forever.

Source: YouTube (In his talk with Stjepan Mihaljinac, Ivo Robić confirms the authorship of the song "Strangers in the night")

As I already said, Ivo Robić is, to this day, one of the most famous Croatian singers of all time. His record "Morgen" sold more than one million copies, which is why he was named Mr. Morgen soon after. Although he was born in Velika Trnava, a small Village in Croatian Moslavina, he was known as a famous Zagrebian Motown singer.

My favorite song about Zagreb is precisely his song, "Golubovi," meaning simply "pigeons." In this song, Robić describes pigeons as: "The most beautiful roses above my town...". This part of the song is another proof that the singer felt like a true Zagrebian. Besides being a famous singer, Ivo Robić was also known for his kind and generous nature. This was indeed the reason why his passing in 2000 was hard on Zagrebians. Especially the older ones who grew up listening to his music. Years later, in 2013 a street in Zagreb was named after the singer. 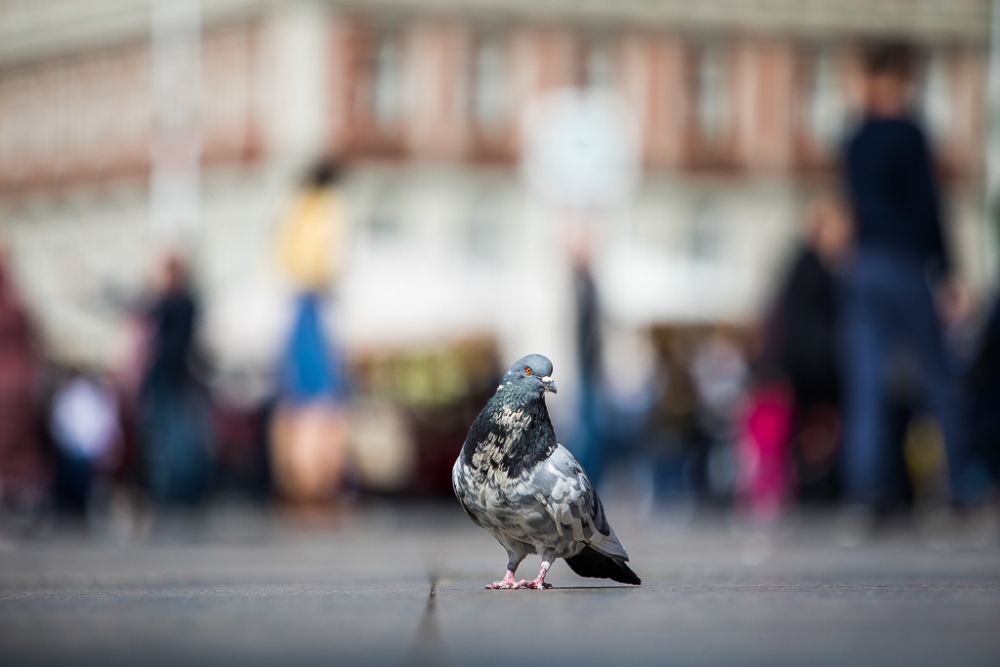 He is, to this day, and will continue to be a cherished musician who will be remembered as a pioneer of popular melodies. Besides that, he is also the first Croatian musician to have a great international career. Mr. Morgen, you will never be a stranger in the night.