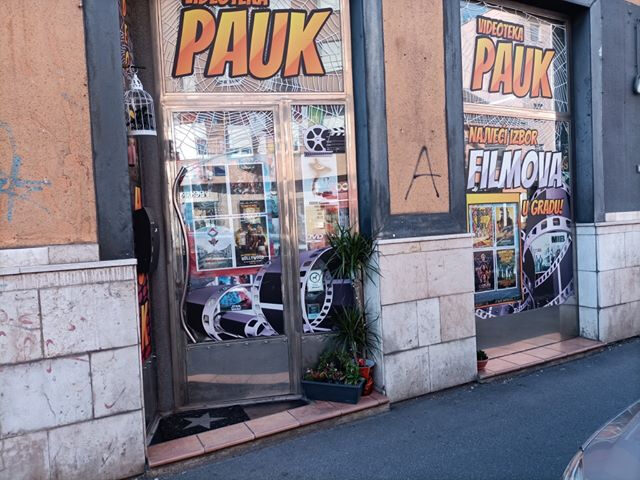 The Last Video Store in Zagreb: More Than Just A Place To Rent A Movie

Probably the most valuable thing about the video store is the advice given by the owner, Marko Jantol. He is a real film encyclopedia with a great ability to evaluate people's movie tastes.

Almost everybody loves movies. I am a big fan of film, and before the rise in the popularity and quality of series, I used to have movie marathons, watching 3-4 movies in one sitting. Most of those times, the TV had to have a pretty good schedule. With so many movies I like in one evening. On the other hand, when there were evenings with nothing exciting on TV, it was a video store night. In those times, during the weekend, my parents used to go somewhere, and they would leave my five years older sister and me home alone. We adored those nights. We would run to the video store, order some takeaway, and organize a movie marathon. 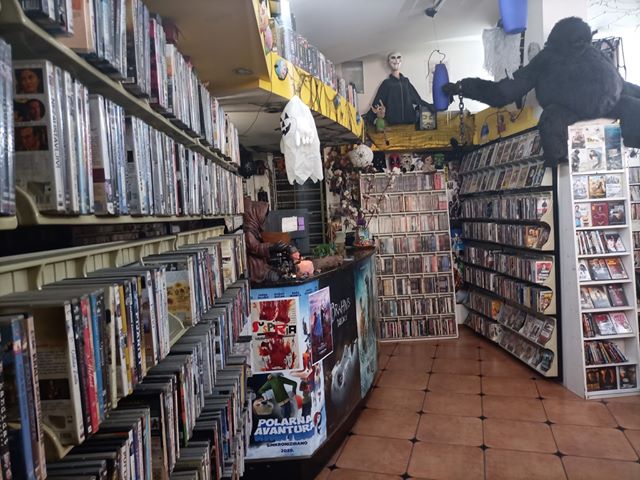 I remember we had a video store a few blocks away from our apartment. Like most video stores in Croatia, they've had a special deal. When you rented out two or three movies, you got another one for free. The trick was, you had to return those tapes or DVDs within some time, so renting a couple would always mean a movie marathon is due. When we were renting movies, we had a deal. Each would rent a movie they wanted, and we would agree on the third.

It was a long time ago

I gave it some thought, and I couldn't remember the last time I had been to a video store. Everybody knows what happened. The on-demand content and the Internet brought video stores to their end. They existed so long ago that younger generations don't even know about them. Even the linguistical meaning of the term "video store" changed, representing something digital we have integrated into our cellphones, TVs, and other home entertainment devices. 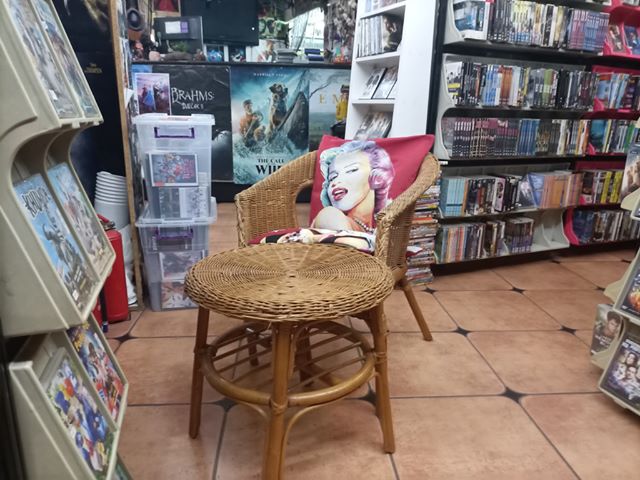 But one video store defies the trends and modern technology. They make Zagreb even more special than it already is. That video store is called "Pauk," which would translate to "Spider." The curious thing about it is that the two owners, Marko and Boris, were the workers in the stores. When video stores lost their popularity, they've taken over and continued the business.

34 years of history with a certain future

The Iconic video store "Pauk" opened its doors in 1994. And although in Croatian it's a synonym for a not-so-beloved insect, and a towing truck, video store "Pauk" is a place where everybody likes to come. The young and the old. It was temporarily closed in 2001, but it has never stopped working since then. All in all, the owners are convinced that the video store will continue to work in the future. 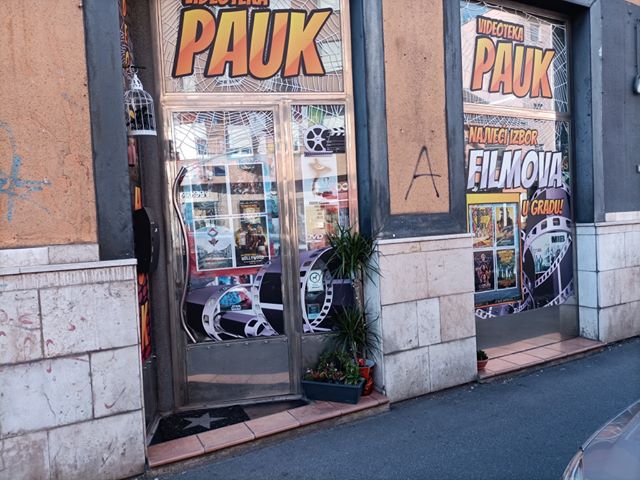 Besides the young and the older ones, regular visitors of Pauk are also those with four legs. When I contacted the owner, he asked me to point out that the store is not only pet friendly, but the owners are requested to bring their pets along. Also, any regular visitor knows that the video store "Pauk" has their pet. A cat named Marlon. He loves people and other animals. It's like he picked up the hospitality from the video store owners.

More than a video store

Just as I already wrote, various people visit their video store. The older visitors do it because of their habit because they are used to doing so from their younger days. And, as far as the younger visitors are concerned, they mostly know about modern digital providers, but they've never got used to them. Some say that there's too much choice, and others don't like to be dependant on the Internet. You can always lose connection, and then the whole experience of watching a movie is ruined. 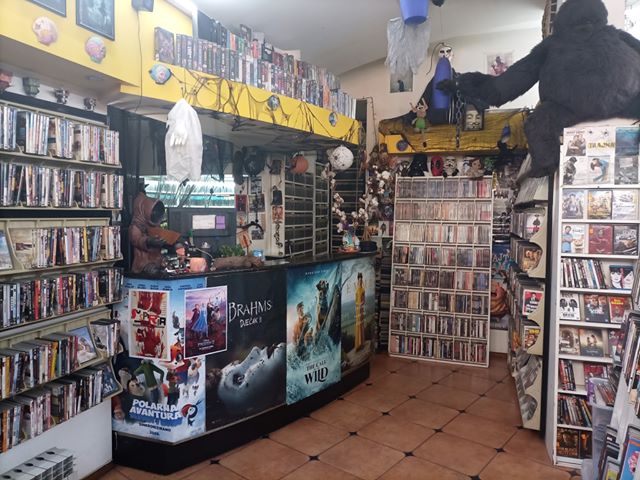 Apart from that, probably the most valuable thing about the video store is the advice given by the owner, Marko Jantol. He is a real film encyclopedia with a great ability to evaluate people's movie tastes. Even if you watched everything from your favorite genre, you could always count on Marko to back you up and give you a good movie recommendation. Marko says people mostly search for older classics that they can't find someplace else or blockbuster sequels, but there aren't any rules. He even says people often rent movies that are just about to be on TV the next day. Probably because they don't like to be interrupted with commercials or they don't want to have to hurry home.

Stop by "Pauk" even if you're afraid of spiders

All frequent visitors will undoubtedly agree with the title of the previous paragraph. "Pauk" is more than a video store. It's a place where people come to hang out, exchange experiences," and just talk about anything. It doesn't have to be a film. 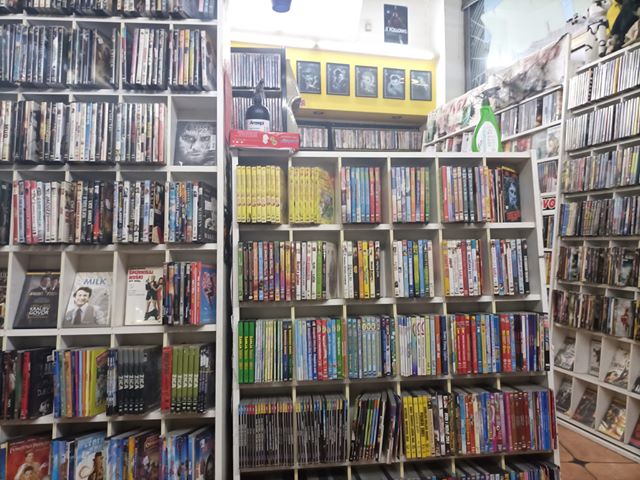 So, if you're ever up for an old-school movie experience, visit the video store "Pauk" on the corner of Ozaljska and Selska Street. Another great thing about "Pauk" is that the renting time of a movie is a bit longer. It all depends on the agreement and the number of movies you're renting. 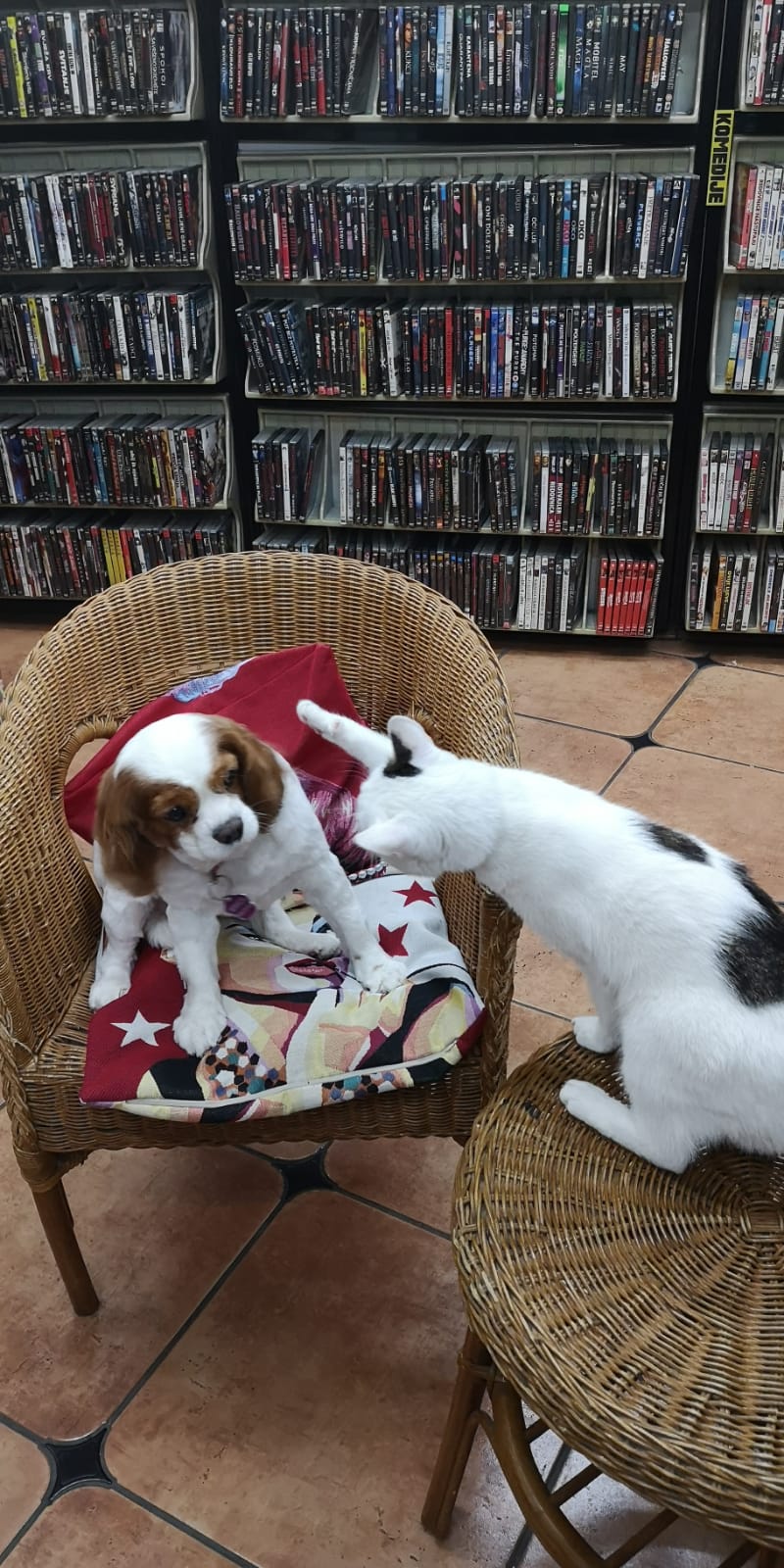 I feel like every big city should have at least one video store. It's incredible how many people still want to have a hard copy of a DVD in their hands. Well, to be honest, writing all this, I got a desire to visit "Pauk" and rent a couple of movies. Not only that, but I'm also interested in what movie title Marko would recommend.