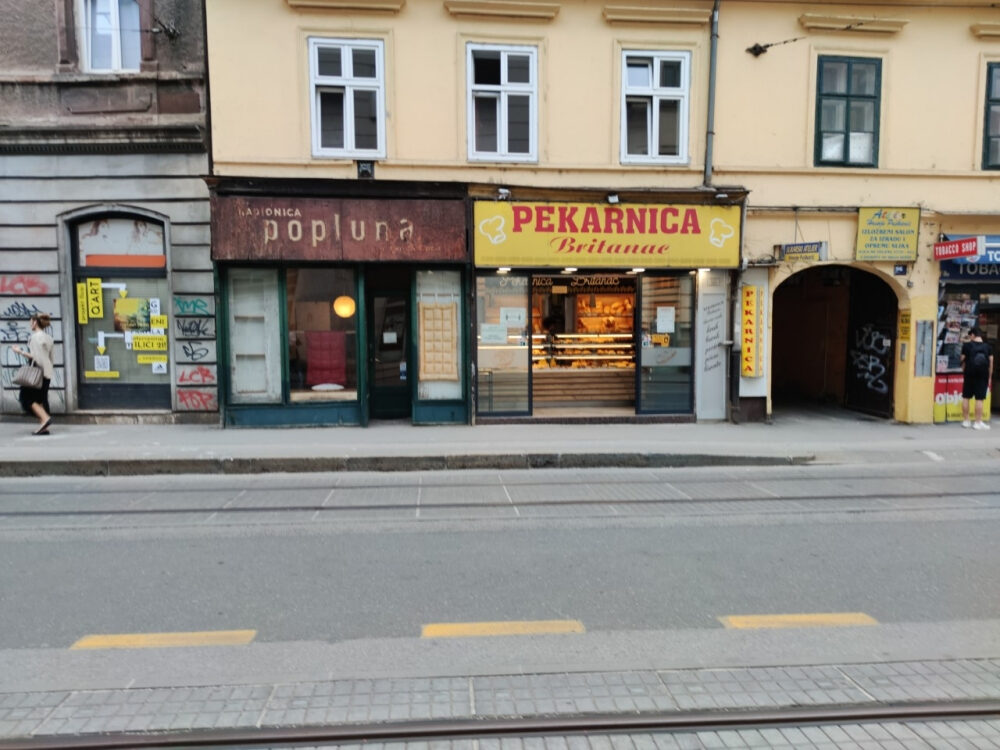 Zagreb Locals: Uncovering a Tale Behind a Rusty Panel at 96 Ilica Street

You're probably pretty hot right now, and you're not thinking about covering yourself with a big soft duvet, but duvets are exactly what I was thinking about while talking with Miss Alenka Antonić.

Big for some, small for others, and just the right size for everyone who had a chance to live here. In comparison to some of the biggest cities in the world, it might be small, but stories you can tell about Zagreb make it huge. Just think of all the stories I've already written, and I'm nowhere near losing my inspiration. 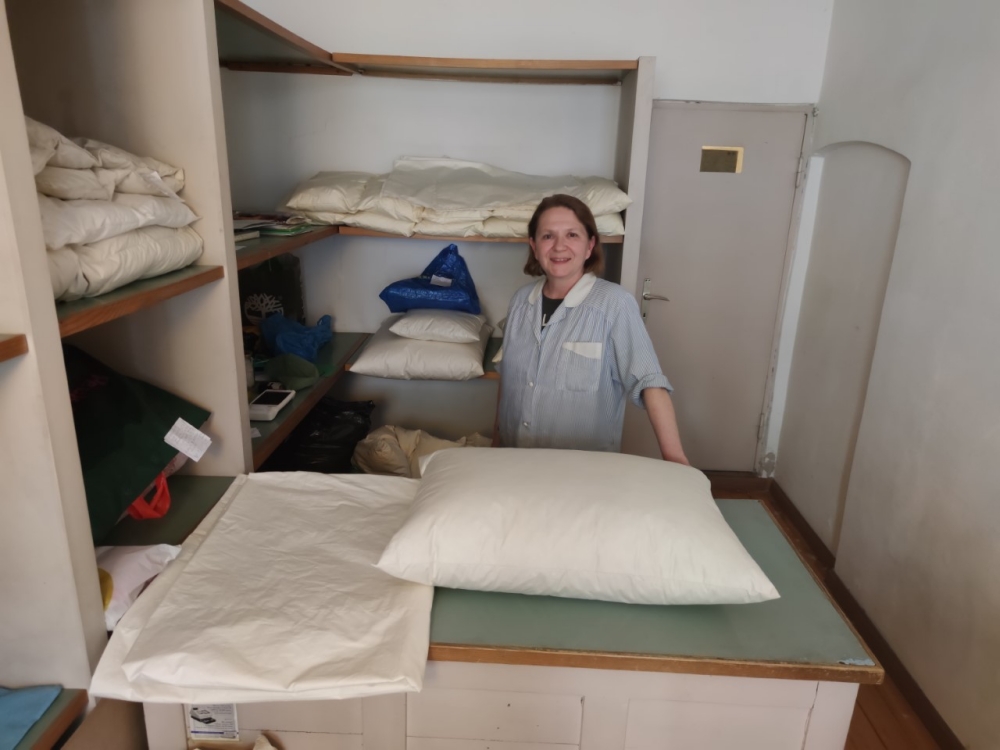 Although I've already written about Zagreb crafts, this one deserves an article of its own. You're probably pretty hot right now, and you're not thinking about covering yourself with a big soft duvet, but duvets are precisely what I was thinking about while talking with Miss Alenka Antonić. Otherwise, an economist, she took over the family business from her mother, Ema Biošić, who taught her everything she knew about making duvets.

Duvet as a status symbol

While we were talking about it, Alenka replied with a laugh that she isn't receiving any duvet orders at the moment since it's too hot. However, people still come in to order some pillows: "I'm working with one studio for interior decorations, their orders are not big, but they bring me expensive materials and have some pretty precise wishes for the product. They place at least one order every month. Just recently, I was making them a set of these special pillows." 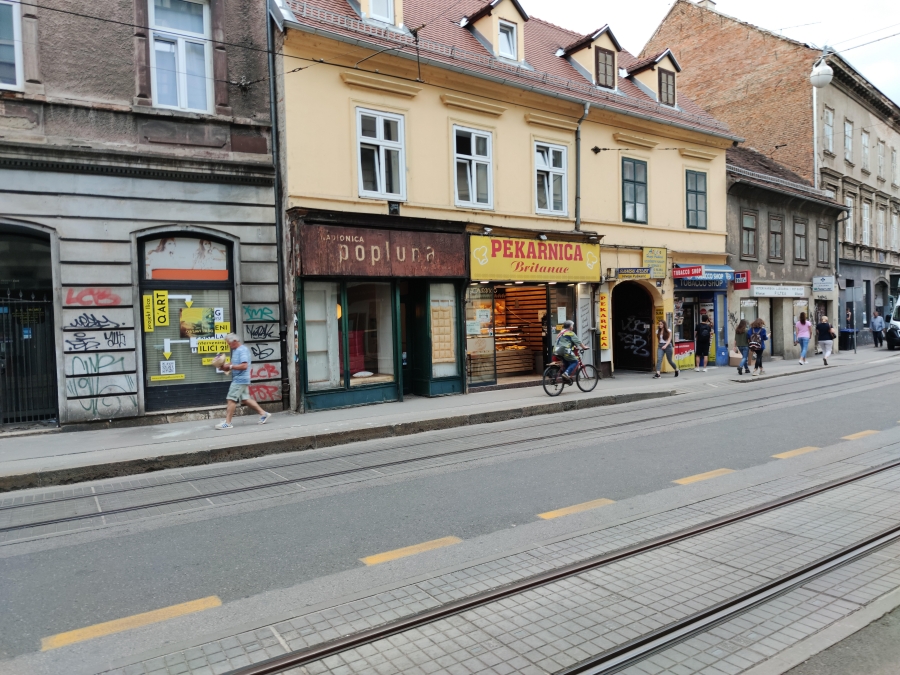 As I already said, Alenka's mother taught her everything she knew about making duvets: "She was a real master craftsman, but she also had the patience to teach me." Judging by what I've seen there, she hasn't inherited just the business, but the love for it as well.

You might find it weird, but duvets were once a status symbol in old-town Zagreb. Some of our prominent figures were the proud owners of a duvet or at least a pillow from the Biošić quilt workshop. Having a hand-made cover from these materials was a special kind of luxury.

If you come to visit 96 Ilica Street, you will find that this kind of products are hard to come by anywhere else. It is the only such workshop in Zagreb. Although most of her customers are older, Alenka says that it's not unusual to see a younger person come in and order something from this heavenly sleeping gear. She also claims that industrial manufacturing has many flaws, so people tend to bring their favorite covers and other things for a fix-up. 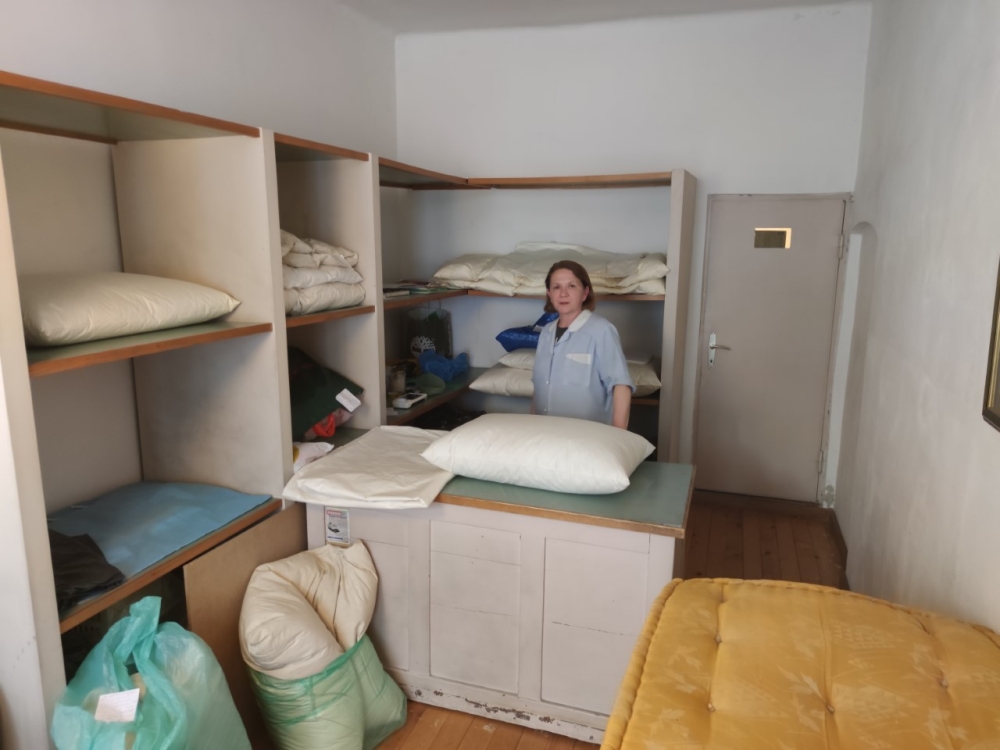 Alenka says that everything she does is according to the needs of her customers. "Their satisfaction is the most important thing to me." In addition to that, Alenka confessed she isn't doing what she's doing because of the significant financial benefit. She's using feathers and wool for her products, which are quite expensive materials used by few. When she pays all the bills and expenses, she takes whatever's left, but It's never a lot. On the other hand, she loves this job because it offers her complete freedom, and she's able to work alone.

Alenka spent her entire life in Zagreb, so you could say she witnessed a lot of different times. She recalls how it once was: "Well, it was certainly a different time back then. There are fewer craftsmen then there was before. All these stores you see around Zagreb center, along Ilica Street, they were all once craft stores and workshops. 30-40 years ago, we would also borrow tools and working materials from one another. We were all here for each other. It was a wonderful time." You could say Alenka has some stories. I popped down to her workshop to take a few photos and to talk a while, which later resulted in us talking for almost an hour.

In her free time, Alenka likes to stroll around Zagreb, go for a walk at Rokov Perivoj and Tuškanac. Unlike the majority of Zagrebians, she says she doesn't have the time to drink coffee outside with her friends: "I simply don't have the time. When I do it (drink coffee), it has to be an arranged hang out with my friends. But usually, I drink my coffee early in the morning before coming to work." She said she's aware that having a workshop in Ilica Street, so close to the main square, is a significant prestige. Still, much as in any other city, there's a problem with parking space, but there is a solution: "People can't park as near to my workshop as they would want to, so it's great that taxis in Zagreb have become a lot affordable than they were 20 years ago. That's important because the things I'm making here tend to be quite heavy."

Don't hesitate to come by

If you're ever to require a high-quality pillow, blanket, or something similar, be sure to stop by 96 Ilica Street. After that, Alenka recommends the Zagreb upper town, Maksimir, and Sljeme. If you're looking for an excellent place to eat, she will point you to Šalata, to a restaurant called "Kod Pere," and she'd recommend a dish called Turkey with grinders, or "Purica z mlincima" how we would say it. Now, that's something you have to try. 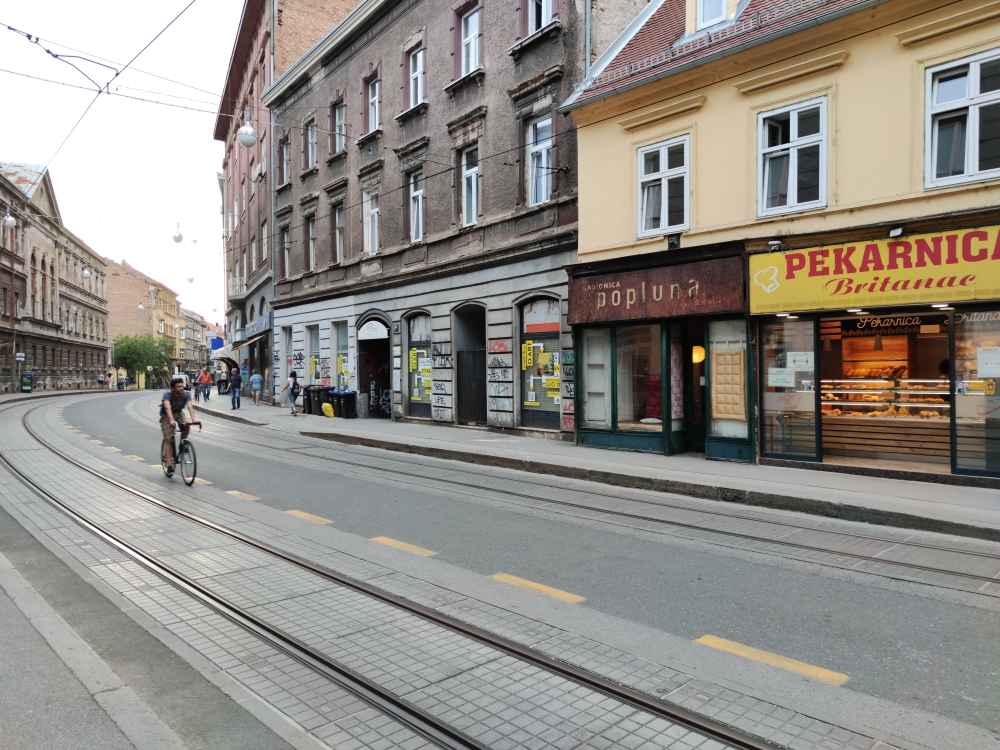 So there you have it, if you ever happen to be near British Square, don't hesitate to come by to Alenka's small workshop. She says she isn't planning on closing her business for as long as she has satisfied customers.