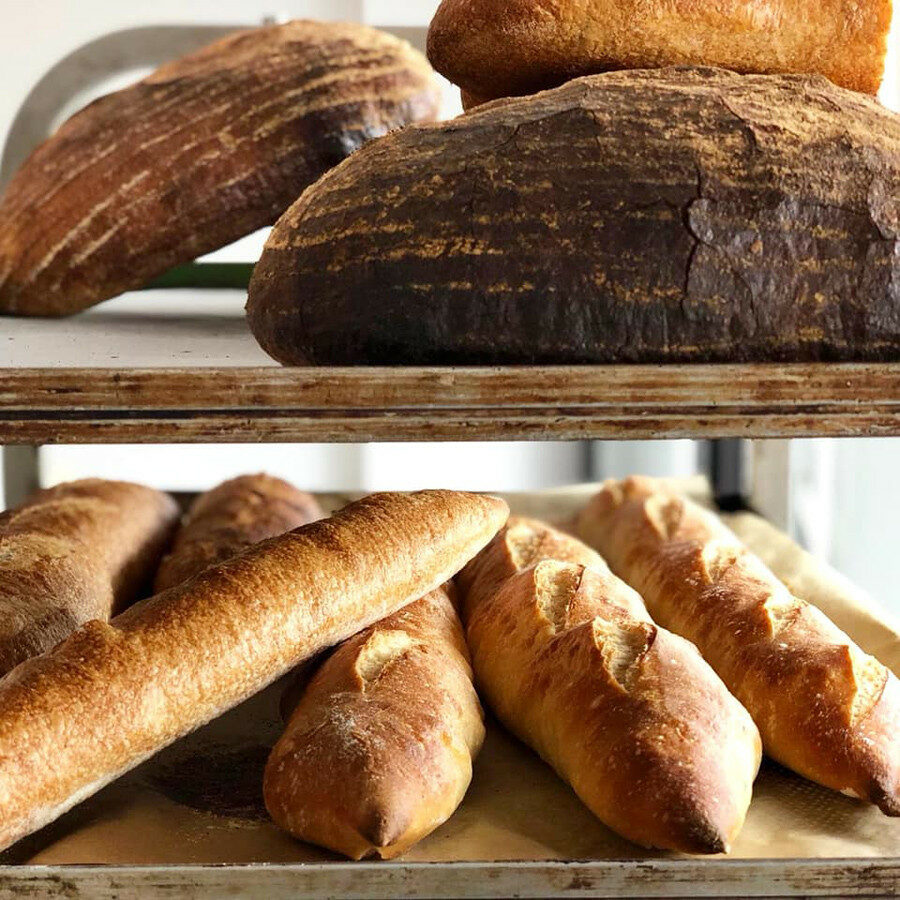 It seems that after the craft beer revolution and craft gin revolution, the next big thing in Zagreb is craft bread revolution.

Until recently, there was only one independent craft bakery in the city, baking artisan bread from scratch, using their own starter and no preservatives – Korica in downtown Zagreb, whose popularity is not fading. Since March, there's a new baker kid on the block and the name is Bread Club. Situated in Trešnjevka neighbourhood, it's on every foodie's must-try list at the moment. Both make sourdough bread and pastry, a movement that is on the rise in the whole world, with Zagreb gradually catching up. I bet you know at least one person fanatically devoted to baking homemade bread and utterly enthusiastic about the whole process. The process is long, pain-staking and complicated, yet very rewarding. The latest trend is sourdough bread, where the dough is fermented and you have to grow your own yeast starter. But the bread itself, once it is finished, is delicious, healthier and easier to digest. The point is, bread is important, it is our staple, and it shouldn't be taken for granted. If you're not up to baking it yourself, there are places where you can find your perfect loaf. What about eating out? Do restaurants in Zagreb respect bread and care about its quality? Croatians do eat a lot of bread, so it's not rare for frequented restaurants, from traditional eateries to upscale establishments, to make their own bread. Everybody appreciates domaći kruh (homemade bread), especially when it's still warm, and it automatically brings some bonus points to the restaurant. It's time for a few honourable mentions. Lauba Bistro in the eponymous art gallery is the place so dedicated to bread that it has become their signature. They bake a variety of creative little breads in combinations like hemp and chia seeds, rye with cranberries and cashew nuts, or the unique black bread with chilli and walnuts. Freshly baked, their bread is also available as take-out. Okrugljak, possible the oldest continuously working restaurant in Zagreb, an institution of its own, has their own in-house bakery. Vinodol, the most reliable and popular national restaurant in downtown Zagreb, takes pride in their homemade bread. The list could go on. Not that outsourced bread is always wrong or bad, but baking homemade bread means that a restaurant really cares. If you want to go a level up, be hip and try some really spectacular sourdough bread in Zagreb restaurants, number one recommendation would be Nav. Recently opened, it's an ambitious project focused on modern reinterpretation of traditional Croatian cuisine and ingredients by Tvrtko Šakota, one of our best chefs. He has always given much attention to bread, so it's no surprise that Nav serves several kinds of their own elaborate bread. Pod zidom bistro is another fine example of good bread policy, every day before lunch and dinner they make their own delicious sourdoughs. And it's not just about baking good bread anymore; it's also about combining it with interesting sides, spreads and additions, and of presenting it. “A loaf of bread with organic young beetroot from Nav.” Image credit: Nav

In a culture where bread is a basic daily need, quality, tradition and authenticity really matter. You feel better when you get served a tasty slice of homemade bread, as natural as possible, no matter whether it comes from a farmers' market vendor or a trendy fine dining restaurant. The only problem is you can't stop eating it when it's so good, and then you get stuffed too early. Happily stuffed.