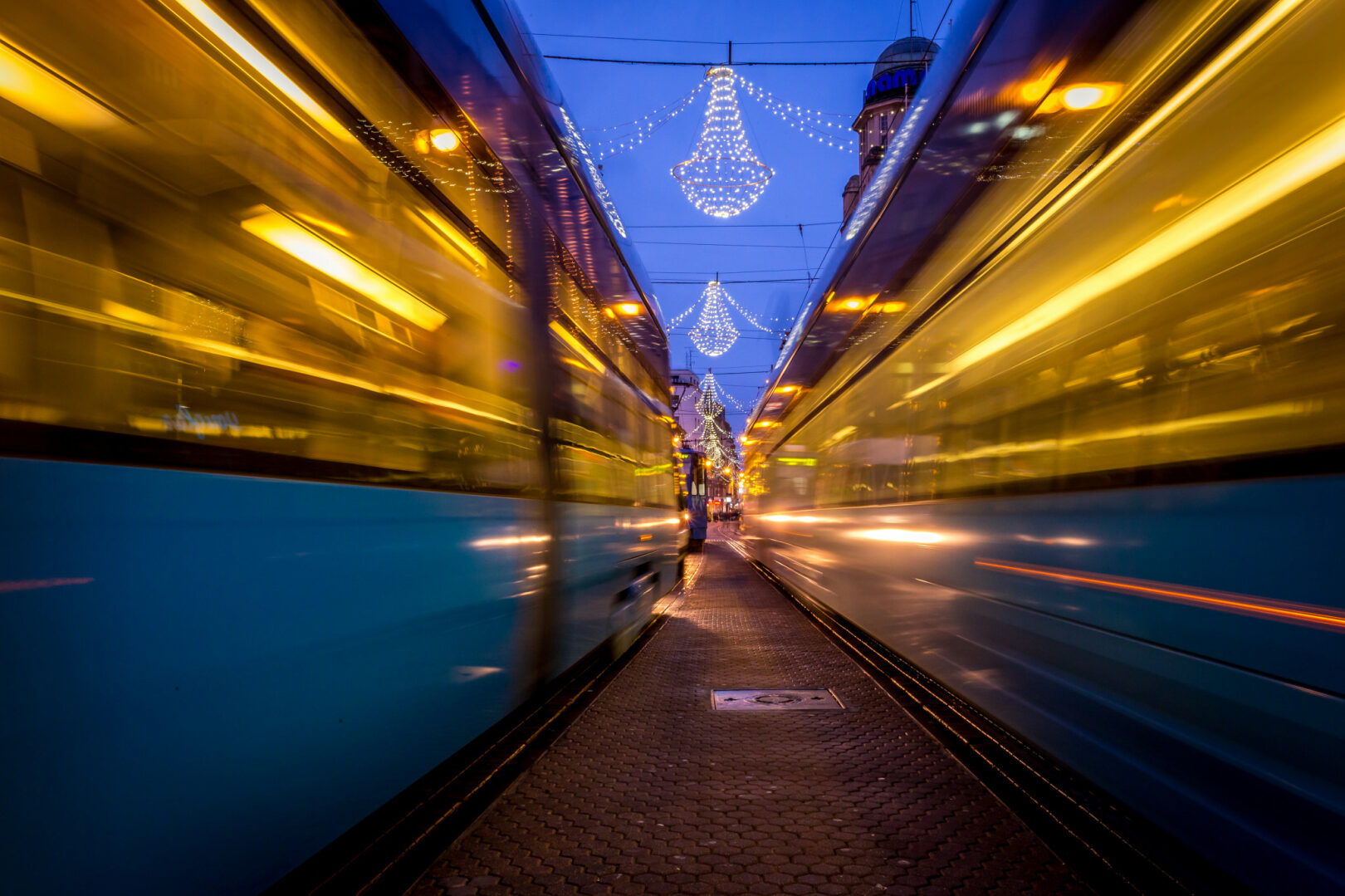 No matter where in the city you live, one of these tram numbers or a few of them will become your most used lines of a commute. To the city, to work, to your family home – these tram lines carry a familiar feeling of places along the line which make a home out of the city.

Every Zagrebian who moves around the city with the help of public transportation has exact routes he or she takes every single day. As you may know, the main means of transport in Zagreb are famous blue trams marked with numbers: 1, 2, 3, 4, 5, 6, 7, 8, 9, 11, 12, 13, 14, 15 and 17. They carry a lot of meaning for Zagreb citizens as their blue color represents the color of the famous Dinamo football club which is also one of the landmarks of Croatian capital.

So, depending on where in the city you live, one of these tram numbers or a few of them will become your most used line of the commute. To the city, to work, to your family home – these tram lines carry a familiar feeling of places along the line which make a home out of the city.

For me and many more, tram 11 is one of those most often used tram lines. As I live in the eastern part of the city, Maksimir neighborhood, this is the tram I often use to get to the city center. This line connects east part of the city – with the last stop being neighborhood Dubec and west part - neighborhood Črnomerec. Also, for me, it carries another special meaning. As my grandparents live in Črnomerec neighborhood, I remember taking the tram 11 from Maksimir to Črnomerec with my mom and older brother. As a little kid, this felt like a huge journey to me and an adventure to another part of the city which was a complete mystery to me. I remember riding through the city in the tram and looking through its big windows, watching all the people and places moving outside like little pawns.

Another memory from my childhood is also tied down to this iconic tram 11 line. It's my first solo tram trip again with a tram 11 and again to my grandparents. I remember it like it was yesterday. It was summer, and my parents were working. I was ten years old, and they've told me to go and visit the grandparents on my own for the first time. They wrote me all the instructions on a little piece of paper, and I couldn't wait to go on my own little adventure. I still remember counting the tram stops with an anxious gut feeling. But when I reached my last stop, and I stepped out of the tram and saw familiar places around me I was so proud of myself that to this day I still remember that feeling. It was one of those first steps to growing up and feeling a sense of freedom moving around town on your own.

An interesting fact is that tram 11 line became an iconic Zagrebian landmark after the famous rap group from Dubrava neighborhood named themselves after it. Their music was very popular in the 90s, and they are definitely one of the pioneers of Croatian rap music who paved the way to others. Coming from a Zagreb's ''toughest'' neighborhood, Dubrava, their name Tram 11 became part of Zagreb's urban legend.

In many European countries the traffic is set underground, but in Zagreb, with just paying a cheap tram ticket (4 kunas for half an hour) you can enjoy the views of the city and get to really know it through the eyes of locals. Tram 11 line is a perfect line to start with as it passes through the heart of the city, the main Ban Jelačić Square and the longest shopping street in town – Ilica Street. But driving along the tram rails, you'll also get to see different city neighborhoods and life in them. You can always pop out when you spot something interesting, explore that part of the town and then easily get back into the tram when you want to move on. Zagreb trams are pretty regular, and you won't wait long for another one to come.

To bring you a short recap of all places tram 11 passes by we'll start from Črnomerec neighborhood in the west part of the city which is known as a former working-class neighborhood with a lot of old industrial buildings and former factories and cobalt stone streets. To city center, Ban Jelačić Square, Ilica, Jurišićeva and Draškovićeva Street, to the beautiful and narrow, Vlaška Street which will lead you all the way to Kvaternikov Square. You can explore beautiful Kvatrić open market full of fresh food and produce, a heart of this neighborhood set just a few minutes walk from the square. Moving on, you'll come to Zagreb's most beautiful park, Maksimir. An equivalent to New York's Central Park and London's Hyde Park, this is the place of relaxation and recreation for many Zagrebians. A hidden treasure. Just across the park, you'll found another city landmark, Dinamo stadium, where many historical victories of both football club Dinamo and Croatian national football team took place. For any sports fan, it's a must visit. Going forward, you'll enter a special part of the city, Dubrava neighborhood which really is a world of its own. This famous neighborhood has a reputation of a ''tough neighborhood'' but it also offers a lot to its residents who are in return very proud to call it their home. You'll end your tour in Dubec, outskirts of Zagreb where the tram 11 turns and starts its journey back towards the west part of the city.

I hope I sparked an interest within you to explore the tram lines of Zagreb next time you find yourself in our city. They are definitely worth including into your Zagreb itinerary.