With the first blossoming trees and the warming Sun rays, the residents of Zagreb get an overwhelming desire to get infused in the greenery of their beautiful parks. One of their first choices is the Botanical Garden.

This year, Zagreb Botanical Garden ended its winter break early on, and it’s already open to the public.

Botanical Garden is a historical monument, as well. At the very edge of the city center, its construction started in the late 1800s. The city donated a piece of land to the University for research purposes. The idea back then was that it should always be available for the public. 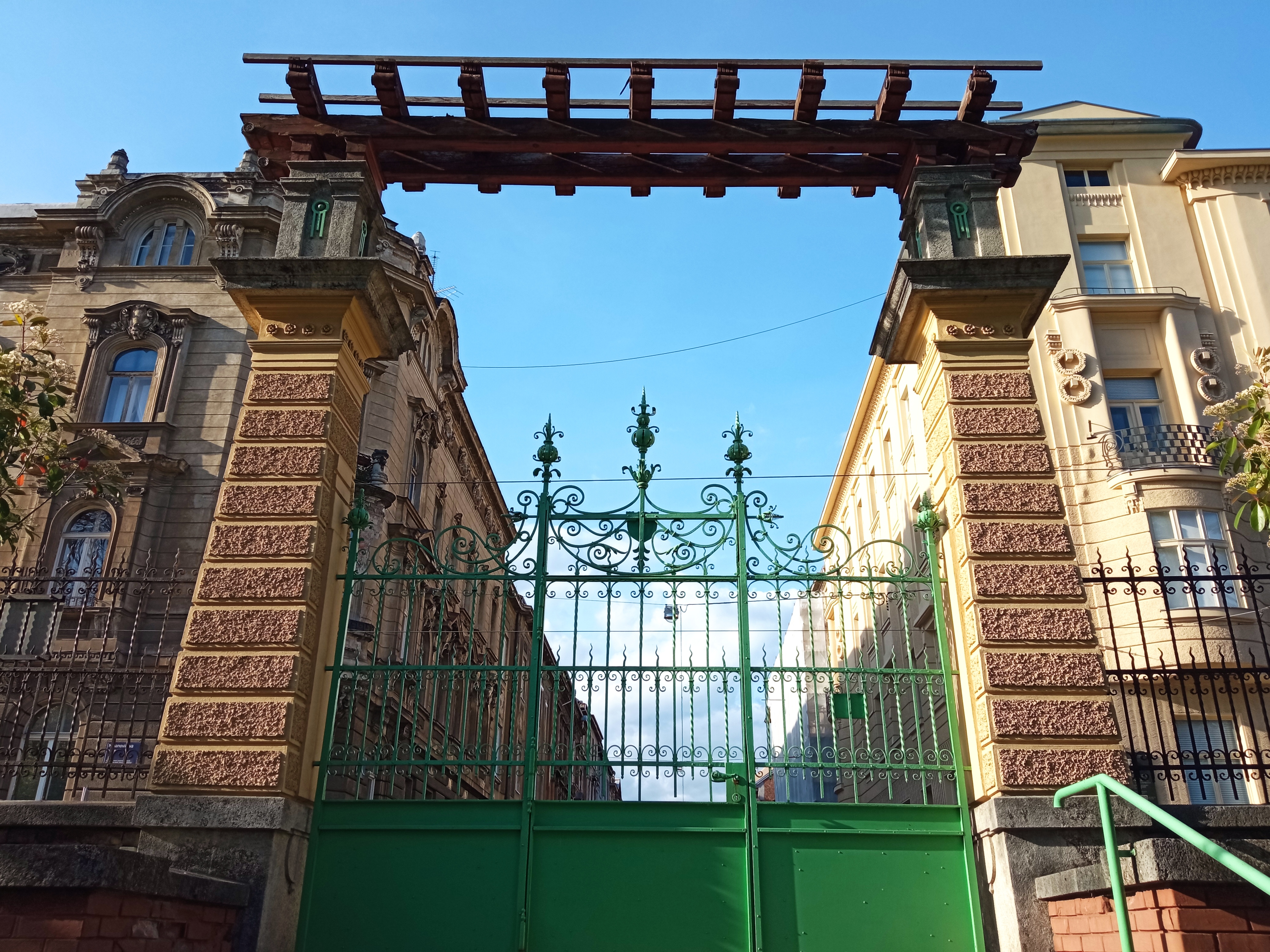 The surface of the garden is small, and it was supposed to spread. However, over the following years, The Botanical Garden literally became trapped between busy roads, the train tracks, and overall, the hectic city life. Trapped in space, and in time. Thanks to those century-old obstacles, the garden has kept much of its original shape, and spirit. 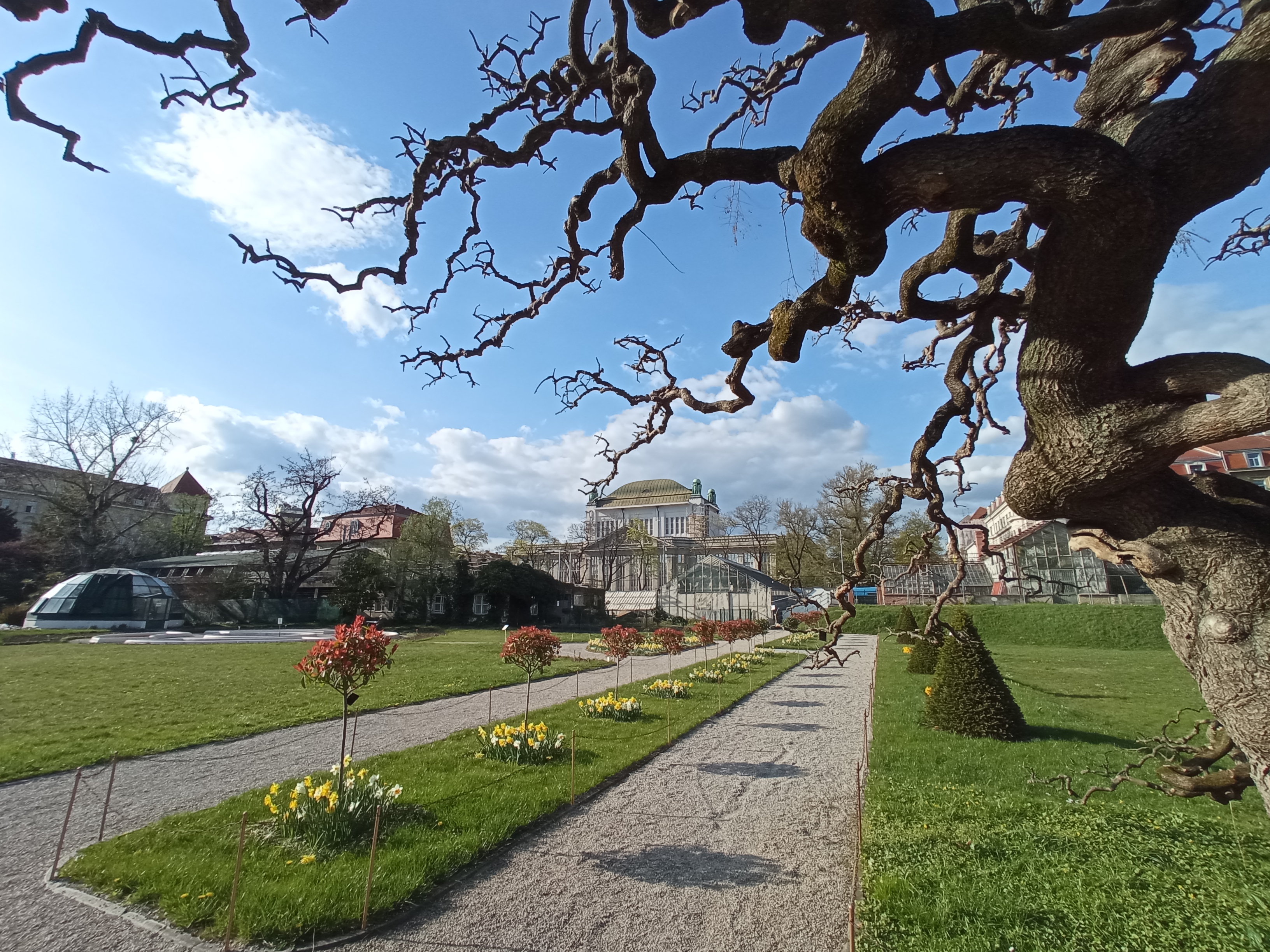 The regular shapes of the French-landscape part

What a lovely detachment from the harsh realities! Imagine a stroll between the flower beds of the geometrically French-landscape part of the garden... then a peek into the so-called Victoria’s House - a small greenhouse named after its most impressive residents - the giant Victoria water lilies.

Then off to the English landscape part. Winding pathways, free-standing trees and bushes, lake with a bridge…Simply beautiful! This is where you will find the red pavilion, a rare example of authentic pavilion architecture. The building was a gift from the Ministry of Justice in the late 19th century. It was meant to serve as storage until ‘real’ buildings would be erected. Over the decades, it got severely consumed by neglect and ivy. Now it stands proud again, and it was recently given a completely new use of an exhibition area and information center. 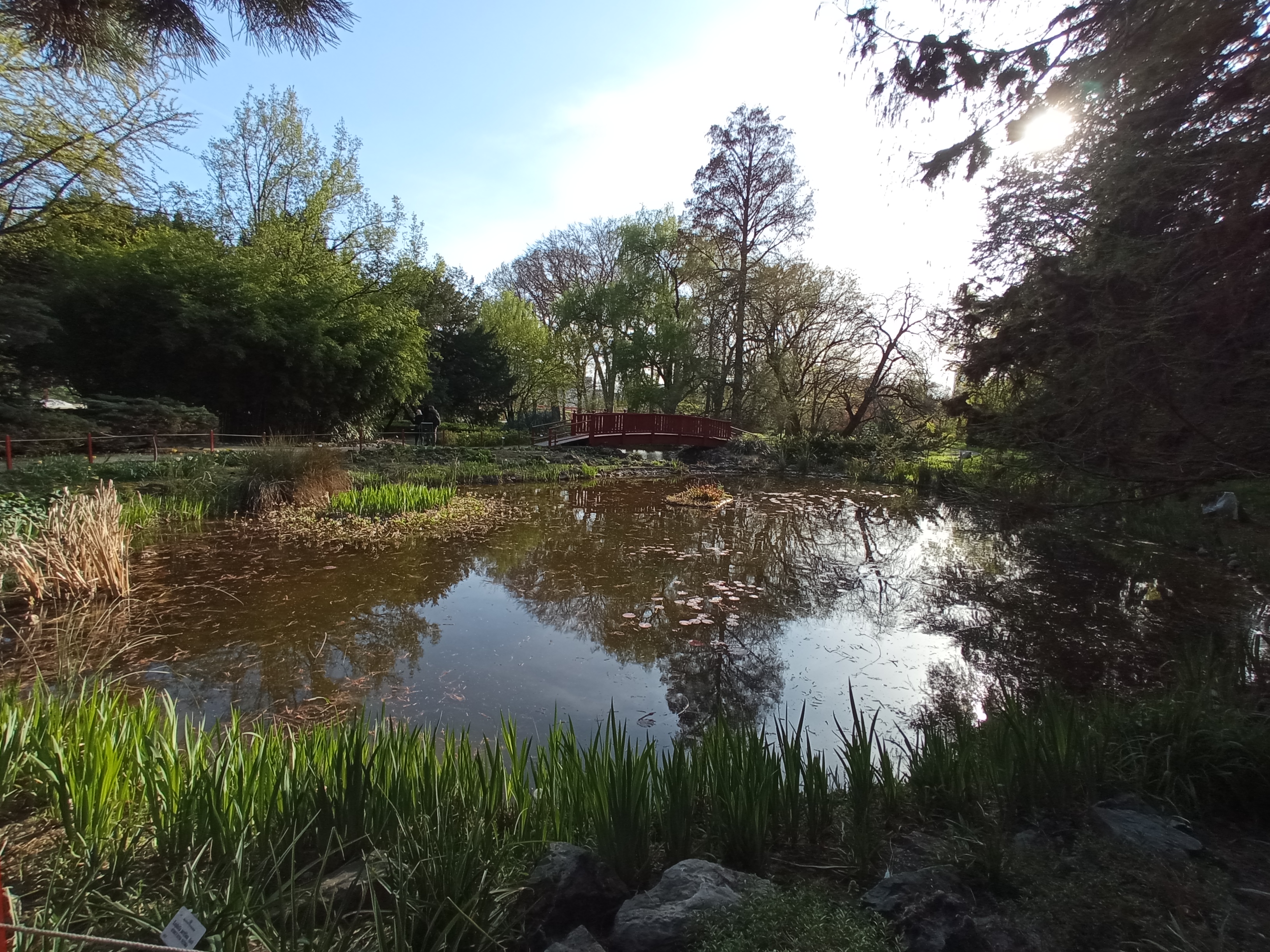 The Garden management started charging entrance fees for the first time in its 130 years long history only last year, in 2021. The entrance fee is only 10 kn per person (less than 1,5 EUR), but it still caused a lot of stir in the city. That paints a vivid picture of how important this place is for the locals, and how we feel utterly connected to it. Isn’t that precisely the kind of place that the visitors would like to experience, too?

There are indeed many emotions safely guarded under the variety of treetops. Do you have a favorite bench in a public park in your hometown? A lot of Zagrebers sure do, and a lot of those are right here. Botanical Garden offers a charming possibility to adopt a bench. 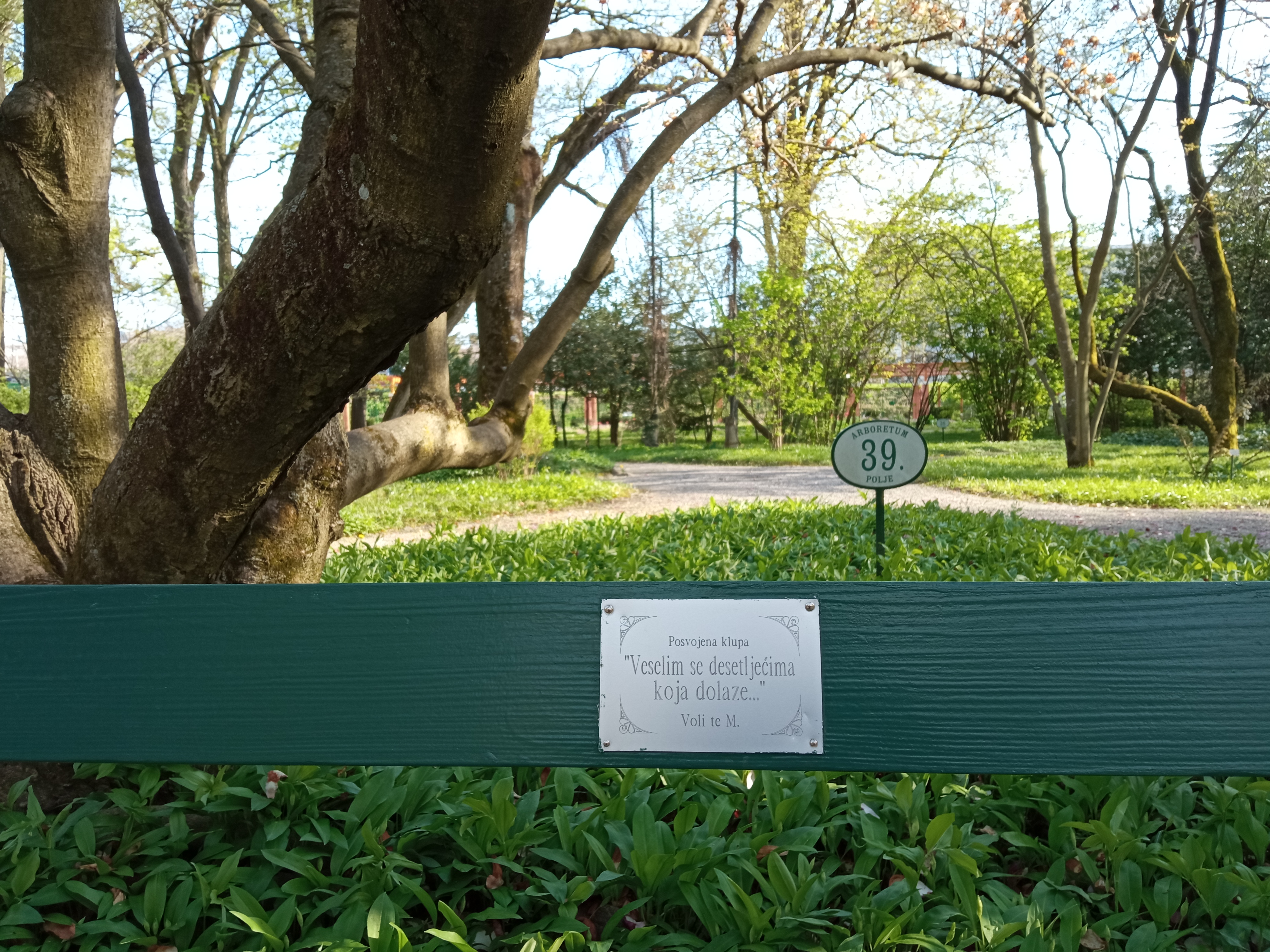 “I look forward to the decades to come... Love, M.” says a sign on an adopted bench

Trapped in the past, working for the future of each of the species represented alongside its pathways, the Botanical Garden is a true refuge from the busy city life. Come and enrich some of your free time among its green residents. A lot of visitors do. Even the spring first stops by the Botanical Garden, every time it comes to Zagreb. 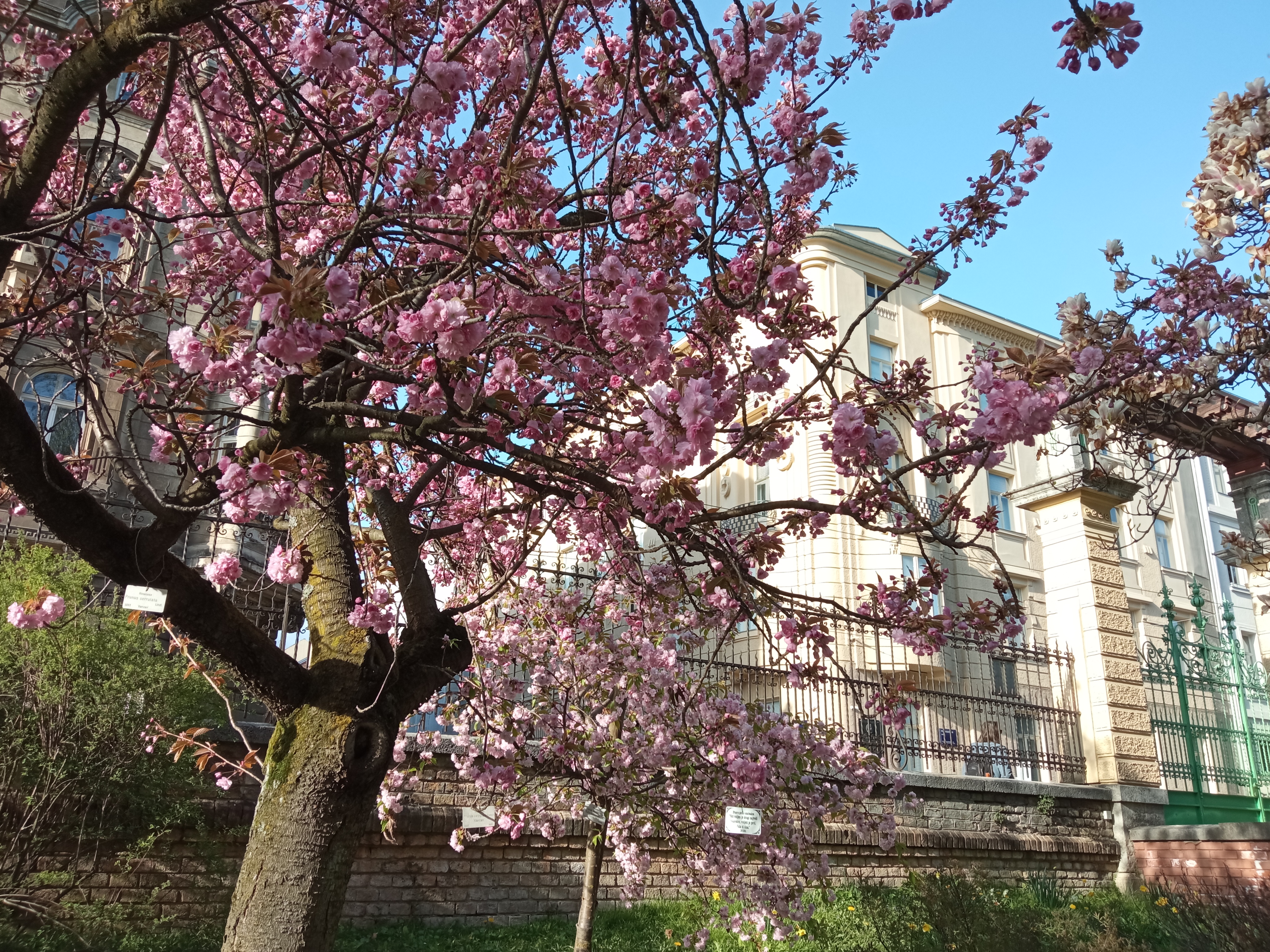